3D printing: How creative minds inspire each other 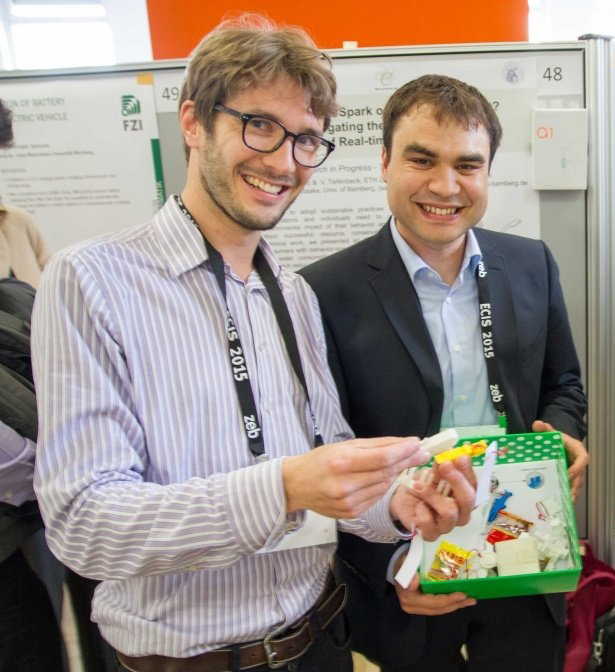 There is a lot of exchange going on in the 3D printing community: About half of the designs on the open platform Thingiverse are variations or combinations of existing ideas.

Whether exquisite candle holder, filigree jewellery or exotic flowerpot: As an owner of a 3D printer, you can easily make customized objects. The digital models are available on the Internet, on the website of Thingiverse for example. The platform brings together an open 3D online community of more than two million users.

But where do all the designs on Thingiverse come from? Four economic scientists asked themselves the same question. To find the answer, they investigated how the platform users reuse existing designs to create new ones, a creative process known as "remixing" in the 3D printing community.

Remixing is allowed if you cite the source

The concept of Thingiverse facilitated the researchers' work: All designs available there are published under an open license. Within the 3D printing community, reuse is explicitly permitted provided that the source of inspiration is cited. This makes it easy to analyze how the platform users recombine designs to create new things.

Christoph Flath and Frédéric Thiesse, two professors from Julius-Maximilians-Universität Würzburg (JMU) in Bavaria, Germany, , their former PhD student Marco Wirth, who is now employed with the Knauf group, and Sascha Friesike, formerly a professor in Würzburg and now a member of Vrije University Amsterdam, published their findings in the "Journal of Information Technology". The work is publicly accessible.

The researchers first demonstrate the magnitude of the phenomenon in their paper: "Remixing is the basis of half of all designs on Thingiverse," says Christoph Flath. Overall, the platform provides more than 1.6 million designs. He believes that the possibility to freely use and modify the works of other users is a major contributing factor to the popularity of Thingiverse.

The researchers identified eight basic patterns of remixing activity. For example, two designs are often merged to form a new one. Also, it is popular to create something which combines elements of multiple other designs. Or, different users create multiple designs based on one model independently of each other, resulting in strongly similar designs.

"As innovation researchers we have long known that most ideas are based on existing knowledge," Sascha Friesike explains. But previously, we were able to demonstrate this on a single case basis only and not in a study comprising a wealth of cases. Insofar, the researchers did pioneering work. Marco Wirth believes that the eight basic patterns of creating innovation should extend beyond 3D printing designs to include other economic activities.

The researchers also studied the users of Thingiverse and found the designers to fall into one of two camps: There are those who believe that remixing is a natural part of their creative process. And there are others who never remix, because they want to create their own designs. There is hardly anyone who falls in-between.

On the whole, the scientists provided interesting insights behind the scenes of Thingiverse. They show how an open online community benefits from the fact that its users can build on each other's ideas and how much creative potential open knowledge unleashes. "Thingiverse has so many good designs also because creative minds inspire each other without having to first resolve what they are allowed to use and what not," Friesike continues.