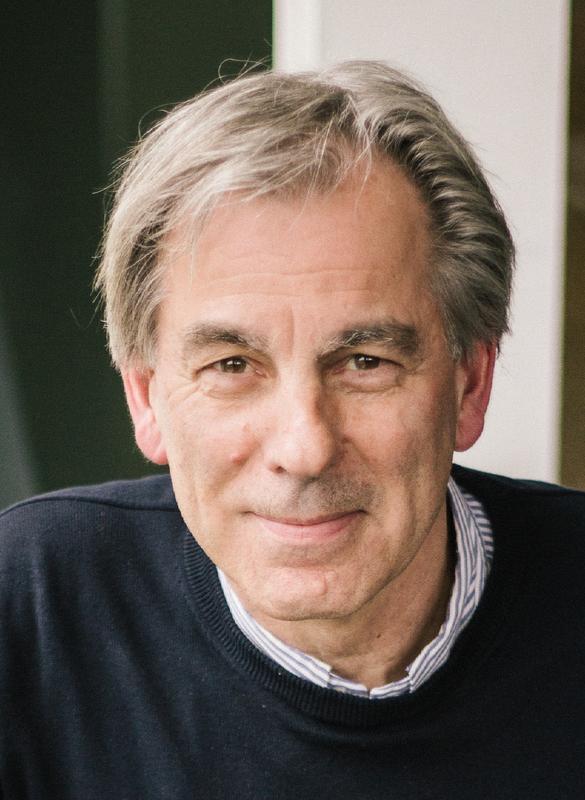 The Dutch chemist Professor Egbert Willem (Bert) Meijer has been appointed External Scientific Member at the Max Planck Institute (MPI) for Polymer Research in Mainz, Germany. He is one of the world’s leading scientists in supramolecular chemistry and materials research and development.
External Scientific Members are international successful top scientists who are appointed on request of a Max Planck Institute and after thorough scientific evaluation. Meijer is Managing Director of the Institute for Complex Molecular Systems at the University of Technology (TU) in Eindhoven, The Netherlands. His external scientific membership at the MPI for Polymer Research is based on his scientific excellence and long-standing scientific co-operations between his research institute and this MPI. “I am very excited about my scientific membership at the MPI for Polymer Research. I am especially delighted, because we already look back at a close and successful scientific collaboration in material science for several years,” said Professor Meijer. The MPG and MPI for Polymer Research are delighted with the membership that further broadens the scope of materials that are one of the main research subjects at this MPI. Professor Paul Blom, Managing Director of the MPI for Polymer Research and head of its Molecular Electronics Department, said: “We strongly welcome Bert Meijer as new External Scientific Member. We already have been valued his scientific work in excellent and visionary collaborative projects since years. His research perfectly matches the research strategy of our institute.”

“Dutch Nobel Prize” for supramolecular polymer research
Bert Meijer’s great accomplishments in the field of functional supramolecular polymers are among the most prominent and visible ones in polymer science with various unique achievements in the design of soft materials with tailored functions. He has received numerous outstanding awards during his career for his research in the design, synthesis, characterization and possible applications of supramolecular systems. Amongst these is the highest scientific award in the Netherlands, the Spinoza Award which is commonly known as the “Dutch Nobel Prize”. “We are extremely pleased to have Bert Meijer appointed as External Scientific Member. He is a visionary scientist, a great role model and a source of inspiration also for the next generation of young scientists,” said Professor Tanja Weil, Director at the MPI for Polymer Research and head of its Department for Synthesis of Macromolecules, and continued: “I have always admired his scientific excellence and creativity to build macromolecules using similar principles as nature does to impart functions and address fundamental questions of life and urgent challenges in medicine and material science.”

Appointment after evaluation by Max Planck Society
Bert Meijer was suggested for an external scientific membership by the six scientific directors at the MPI for Polymer Research. These are Professor Paul Blom, Professor Mischa Bonn, Professor Hans-Juergen Butt, Professor Kurt Kremer, Professor Katharina Landfester, Professor Tanja Weil. They proposed Meijer because of his outstanding scientific achievements and topical proximity to the institute. Professor Martin Stratmann, President of the Max Planck Society (MPG) in Munich, Germany, announced the appointment of Professor Bert Meijer following the successful evaluation and unanimous recommendation of the Chemical, Physical and Technical Section of the MPG and the MPG Senate. By accepting this appointment, Meijer has concurrently become Scientific Member of the MPG.

About the Max Planck Institute for Polymer Research
The Max Planck Institute for Polymer Research (MPI-P) ranks among the globally leading research centers in the field of polymer research since its foundation in 1984. The focus on soft materials and macromolecular materials has resulted in the worldwide unique position of the MPI-P and its research focus. Fundamental polymers research on both production and characterization as well as analysis of physical and chemical properties are conducted by scientific collaborators from all over the world. Presently over 500 people are working at the MPI-P, the vast majority of whom are engaged in scientific research.