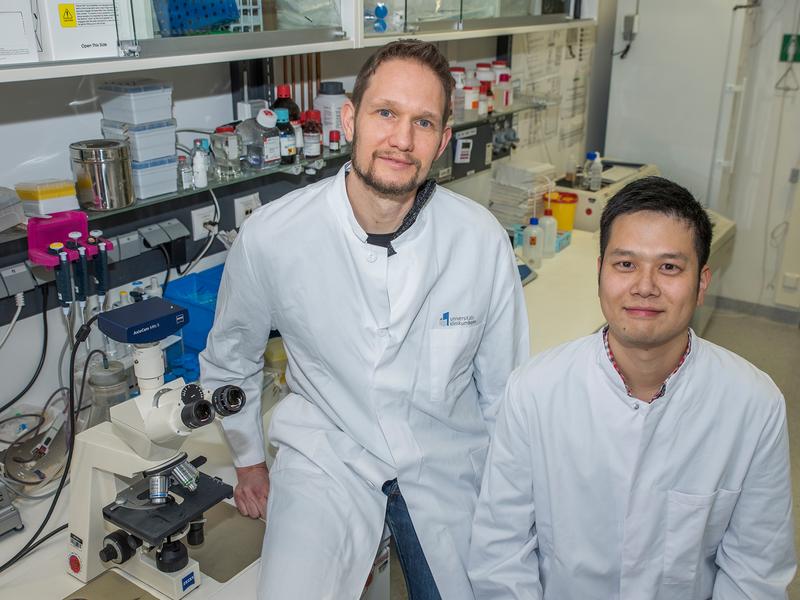 In the histology lab (from left): Dr. Martin Breitbach and Dr. Kenichi Kimura at the Institute of Physiology I of the University of Bonn. | Quelle: © Photo: Rolf Müller/UKB-Ukom | Download 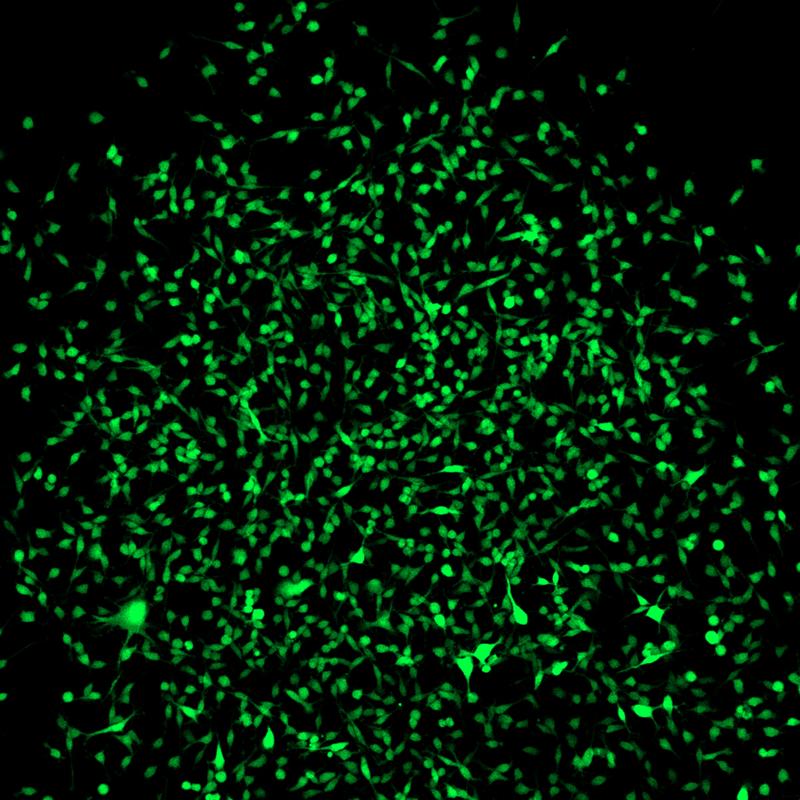 Multipotent stromal cells have long been a hot topic in medical research. Scientists at the University of Bonn have now found a way to specifically mark these stem cells. This makes it possible to analyze their distribution pattern and their function in living organisms. The study, which included researchers from Oxford University, Tsukuba University and the Karolinska Institute Stockholm, is now being published in the journal “Cell Stem Cell”. STRICTLY EMBARGOED: Do not publish before Thursday, February 1, 2018, 6pm CET!

In order to examine a particular cell type, one must first be able to clearly distinguish it from others. Biologists and physicians have therefore developed sophisticated methods for the live labeling of specific cells. For multipotent stromal cells however, this has until now only been possible to a limited extent.

This is particularly unsatisfactory, because these cells are a focal point of research interest, especially in regenerative medicine. For instance, it is known that they can become bone, fat or cartilage cells. Additionally, it is believed that they play a role in wound healing processes, but also in pathological events, for instance those that occur during vascular calcification (arteriosclerosis).

“In all these development and disease processes however, there are still many unanswered questions”, explains Dr. Martin Breitbach from the Institute of Physiology I at the University of Bonn. “Which is why we looked for a way to mark multipotent stromal cells in the living organism.” To this end, the scientists searched for genetic information that is read frequently in the cells of interest, but is rather inactive in other cell types. They found what they were looking for in the so-called CD73 gene.

They then generated transgenic mice, where expression of the CD73 gene results in green fluorescent labeling of the respective cell. “As CD73 is mainly active in the multipotent stromal cells, these are marked by a green glow”, explains Breitbach's co-author Dr. Kenichi Kimura.

This approach has in principle been established for many years. But until now, there was no known adequate marker for multipotent stromal cells that is well-suited to distinguishing them from other cells. “And we have now found this marker with the CD73 gene”, explains Kimura.

The dye-labeling made it possible to isolate these cells from the bone marrow. The scientists were then able to show that bone, fat and cartilage cells differentiate from a single multipotent stromal cell in the culture dish. “Our method makes it possible to examine the cells in their original state”, says Breitbach. “In future studies, it will for example be possible to clarify directly in the living animal whether and how the stem cells migrate to the different organs in the case of injury or illness, and what they do there.”

A result that the scientists themselves had not expected also opens up new research perspectives: In addition to the multipotent stromal cells, sinusoidal endothelial cells in the bone marrow are another cell type that appears to have increased CD73 activity.

The researchers were delighted about this discovery: It only became recently known that the maturation and distribution of hematopoietic stem cells are regulated by a variety of endothelial cell types. Sinusoidal endothelial cells probably play a key role here. But the underlying mechanisms are still rather puzzling. Because until recently, they too could not be stained specifically and thus distinguished from the other endothelial cells within the bone marrow.

The scientists have now purified the various cell populations and characterized the genetic fingerprint of the multipotent stromal cells and the sinusoidal endothelial cells in detail. “These findings are extremely interesting”, says Breitbach. “They provide deeper insights into these cell types and are a starting point for further studies.”