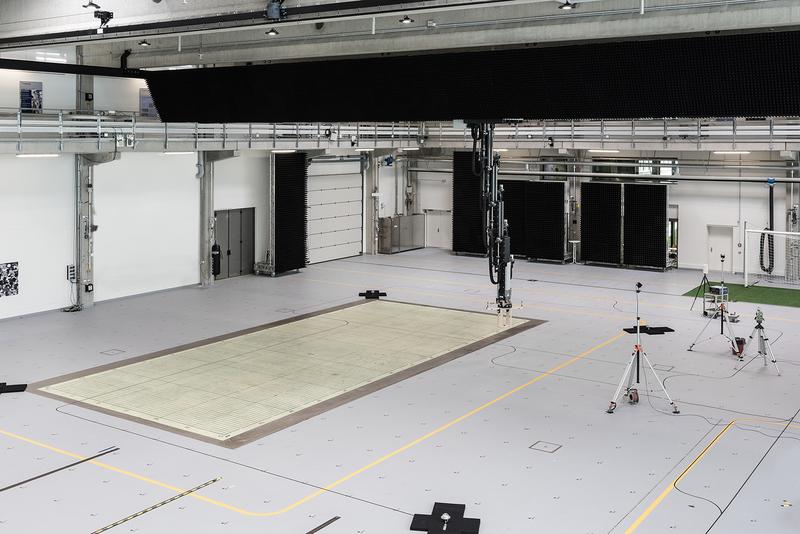 To facilitate the linking up of Industrie 4.0 production processes, the exchange of application-specific data and the optimization of procedures, the Fraunhofer Institute for Integrated Circuits IIS in Nuremberg is working on developing identification, localization and communication technologies for cognitive sensors and systems. At the Hannover Messe Preview on February 6, and at the Hannover Messe itself from April 23 to 27, 2018, the researchers will be demonstrating various solutions and data-driven applications in an engine assembly process (Hall 2, Booth C22).

Currently, department stores still mostly stock mass-produced goods. But in the future, products will become increasingly customized. In the long term, certain branches of industry will be producing goods in batch sizes of one. The automotive industry is already close to achieving this goal with cars being assembled according to customer specifications. The challenges encountered in the production process as a result of this can be addressed with cognitive sensor technology. This must be able to identify and localize components, it must also allow machines and systems to communicate with one another and with their human “colleagues”. To manage decisions and procedures, application-specific logistics are also necessary.

Fraunhofer Institute for Integrated Circuits IIS has been successful in developing technologies that address these challenges. At the Hannover Messe Preview (Hall 19) and the Hannover Messe itself (Hall 2, Booth C22), Fraunhofer researchers will be demonstrating these new technologies in engine assembly. They range from technology solutions that localize industrial trucks to improve warehouse processes, ensure the right engine is delivered to the correct station, support the assembly process with intelligent tool tracking, intelligent containers and innovative order-picking systems right up to machine status monitoring systems. The data-based optimization of work processes forms the basis for improving the efficiency of the entire factory. Data collected by cognitive sensor systems can also be used to automatically manage and monitor the supply chain by means of predictive analytics. Furthermore, all these technologies have reached a high maturity level in that they have already been tested and optimized in industrial pilot projects. Currently pilot projects are under way at BMW, as well as research and development projects with Siemens AG and other partner companies to equip parts of their production processes and logistics with digital technologies to actively support workers in their interaction with machines by means of assistance systems.

Nerve cells of the industrial Internet of Things

“Cognitive sensors enable digital transformation to be realized,” explains Prof. Albert Heuberger, executive director of Fraunhofer IIS. “Cognitive systems are the nerve cells of the industrial Internet of Things (IIoT). They not only record measurements, they also evaluate them, take decisions by reaching intelligent conclusions and forward this information as and when needed. Fraunhofer IIS supplies concrete solutions for wireless communication and localization in the entire IIoT and IoT environment. Cognitive sensors also use and integrate machine learning to provide the right data at the right time and place for the right application.”

On the one hand, it is important that workers always have the parts they need ready to hand and that the production line does not grind to a halt due to lack of supplies. On the other hand, a surplus of assembly parts not immediately needed would push up warehouse costs. Researchers have developed a customized solution for this in the shape of intelligent containers that know their exact location, monitor their status and detect when supplies are running low and automatically order parts. These containers communicate via s-net® technology that was also developed at Fraunhofer IIS. They send messages by radio to one another and the infrastructure, creating a communication network. Assembly workers receive relevant information on a dynamic display when, for example, the full container on order should arrive. The data recorded by the containers is collected in a cloud where it is available for Big Data analyses. Also, inductive near-field positioning technology detects whether the worker has taken a part from the right place and indicates where they can find the next required component.

Light signals guide the worker through the maze

Workers do not only need small parts like nuts and screws which are kept in such containers, they also need larger parts which are stored on warehouse shelves. To keep storage space to the absolute minimum, spaces are allotted flexibly as they are needed. This means that parts are never put in the same place. Instead, the worker is guided by a light signal to the shelf where the required part is waiting. Conventional pick-by-light systems, however, either require a cable connection, which makes them difficult to install, or they have a short battery life. In the Pick-by-Local-Light (PbLL) project, researchers are developing a new kind of picking system based on wireless sensor networks. The underlying technology employed here is also s-net®.