Interference as a new method for cooling quantum devices 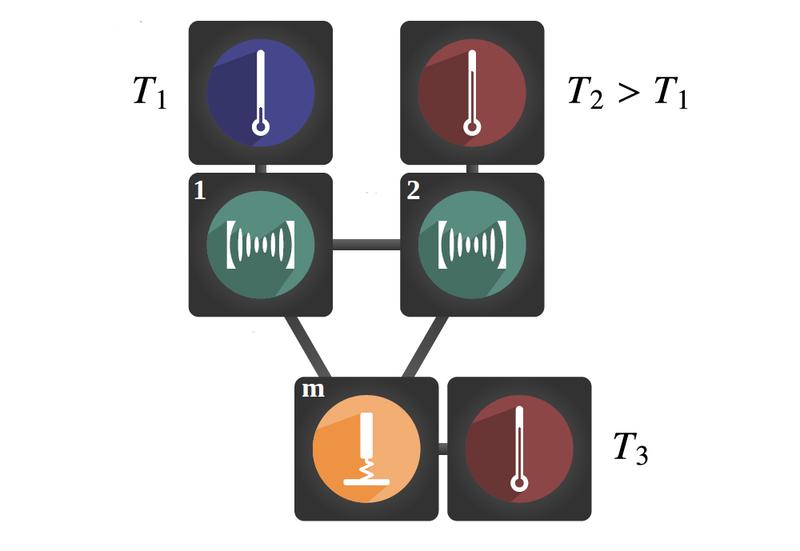 Quantum computer parts are sensitive and need to be cooled to very low temperatures. Their tiny size makes them particularly susceptible to a temperature increase due to the thermal noise that is produced by environment and or other components nearby. Dr Shabir Barzanjeh, a postdoc at the Institute of Science and Technology Austria (IST Austria), together with Dr André Xuereb from the University of Malta and Matteo Aquilina from the National Aerospace Centre in Malta has now proposed a novel method to keep quantum devices cool. Their approach, which they have proven to work theoretically, relies on quantum interference.

If a hotter object is placed next to a cooler one, the heat normally has only one option: it can only flow from the hotter object to the cooler one. Therefore, if one wants to cool an object that is already cooler than its surroundings, like it is done in a household fridge, an effort has to be made to achieve this. A new method for cooling down the elements of quantum devices such as qubits, the tiny building blocks of quantum computers, was now theoretically proven to work by a group of physicists.

“Essentially the device we are proposing is working like a fridge. But here we are using a quantum mechanical principle to realize it,” explains Shabir Barzanjeh, the lead author of the study and postdoc in the research group of Professor Johannes Fink. In their paper, they studied how thermal noise flows through quantum devices and they devised a method that can prevent the heat flow to warm up the sensitive quantum device. The secret lies in an additional heat bath, in other words: besides the object that needs to be cooled and the object that produces heat, there is a third object that can store heat, a so-called “heat bath”. This heat bath is connected to both other devices, and the researchers showed that it is possible to control its heat flow such that it cancels the heat coming from the warm object directly to the cool one via special quantum interference.

“So far, researchers have focused on controlling signal, but here we study the noise. This is quite different because a signal is coherent, and the noise isn’t”. Concerning the practical implementation of the mechanism that adds the phase shift to the thermal noise, Shabir Barzanjeh already has some ideas. It could be a mechanical object that vibrates, and maybe radiation pressure could be used to control the oscillation. “Now it is the time for experimentalists to verify the theory,” he says.