Research trip to the clouds in the sea 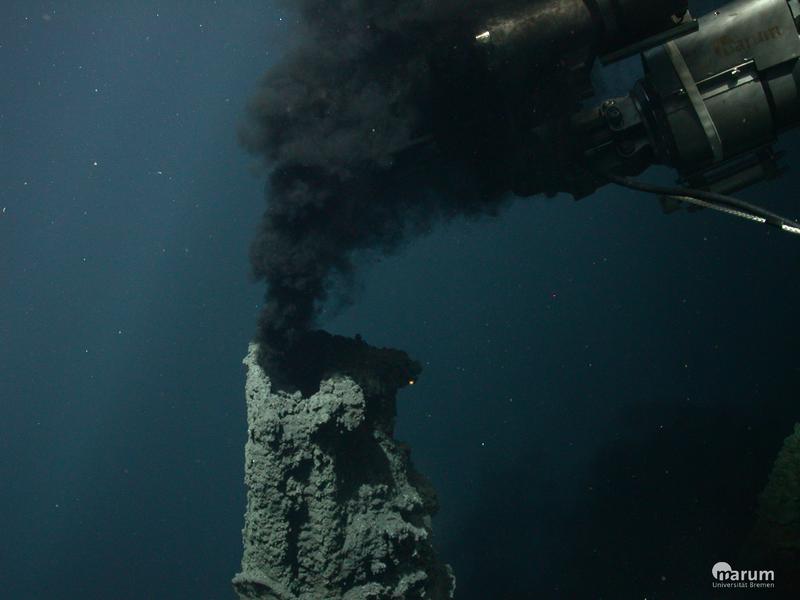 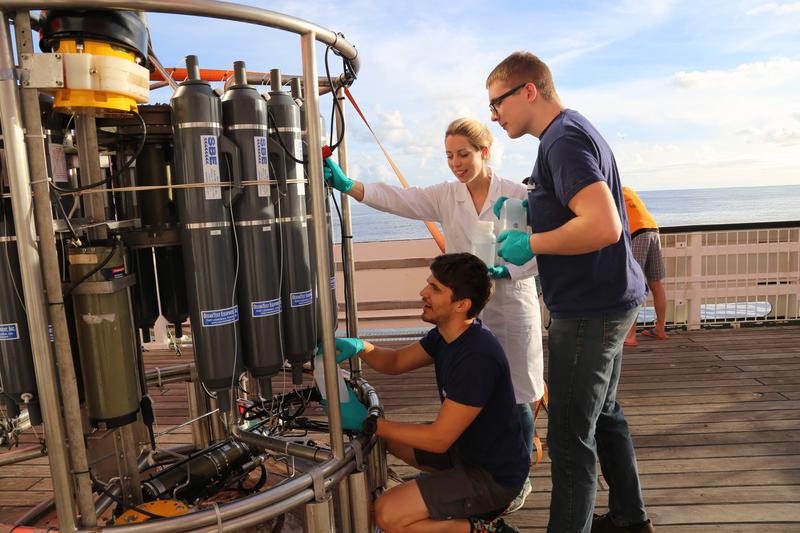 Dark clouds of smoke - released by underwater volcanoes located in water depths between 700 and 1800 meters below the surface - rise from the seabed. What exactly these clouds contain and how far their constituents are spread throughout the ocean is the research topic of an international group of scientists. They include a five-strong team from Jacobs University headed by 31-year-old geochemist Dr. Charlotte Kleint.

On June 1, a total of 36 scientists will board the German research vessel “Sonne” for expedition SO263 at the port of Suva, the capital city of the Fiji Islands in the South Pacific. Their destination is a two-day trip away: the Tonga arc, an island arc with dozens of volcanoes at the bottom of the sea.

Down there, temperatures can reach up to 300 degrees Celsius. But what exactly are the underwater volcanoes spewing? This is what the researchers want to find out. “We will take different water samples, directly at the source as well as along the entire water column up to the surface”, says Charlotte Kleint. They are mainly interested in the concentration and distribution of trace metals such as iron, an important nutrient for all living beings, which even the tiniest of marine organisms need and which is presumed to make an important contribution to the growth of plankton.

But how does the iron get into the oceans? For a long time, scientists assumed that iron is transported into the oceans mainly via rivers and continental dust dispersions. However, the hydrothermal vents along the Tonga arc and the neighboring Kermadec arc could also play an important role as their fluids are mostly extremely rich in iron, and their elements enter the water column at often relatively low depths of just a few hundred meters. Researchers under the direction of Prof. Dr. Andrea Koschinsky, geochemistry professor at Jacobs University, undertook a research trip to the Kermadec arc, north of New Zealand, last year; Charlotte Kleint was also amongst them. This new research cruise is directly linked to the findings of the previous trip, expedition SO253.

However, before the contents of an underwater cloud can be measured, they must first be found. A water sampler with multiple online sensors, including a turbidity sensor, is used for this purpose. Depending on the currents, the cloud itself can be dispersed over several kilometers. “Quest”, the deep-sea robot by MARUM (University of Bremen) will be used to take samples directly at the source of the smoke, the hydrothermal vents. Apart from fluids, it will also sample rocks, ores and organisms such as mussels. What is Charlotte Kleint hoping for? “Spectacular images of the hydrothermal systems and obtaining as many different and interesting samples as possible”. Their analysis will already begin on board, but will keep the researchers busy for a long time after the end of the four-week expedition.

About Jacobs University:
Jacobs University is a private, independent, English-medium university in Bremen. Young people from all over the world study here in preparatory, Bachelor, Master, and PhD programs. Internationality and transdisciplinarity are special features of Jacobs University: research and teaching don’t just pursue a single approach, they address issues from the perspectives of multiple disciplines. This principle makes Jacobs graduates highly sought-after new talents who successfully strike out on international career paths. For more information: www.jacobs-university.de