What is insight the tomato? Breeding has had influenced the chemical composition of tomato fruits 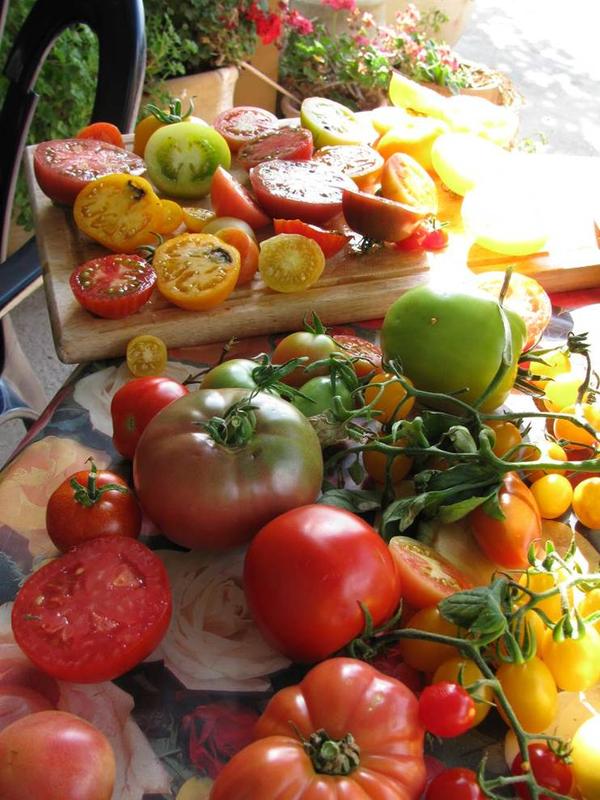 Plant cultivation and breeding was the foundation of humans’ sedentary lifestyle. But how did the human influence affect plants and their chemical constitution? Researchers from China, USA, Bulgaria and Germany, among them is Alisdair Fernie of the Max Planck Institute of Molecular Plant Physiology (MPI-MP) in Potsdam, Germany, asked themselves this question and chose tomato for their detailed analyses. The aim of their work was to gain new insights into breeding and their consequences. The researchers analysed the metabolic constitution and the genetic background of the fruits. They published an overview about the human influence on the chemical composition of a crop for the first time.

Tomatoes and their wild relatives

Originally, tomatoes are from South- and Middle-America, where the Mayas cultivated them. The origin of their wild relatives is located in the Andes. Here, wild tomatoes have small and partly bitter-tasting or even toxic berries. Tomatoes belong to the nightshade family (Solanaceae), which includes foods as potato and pepper, as well as toxic plants as belladonna. So-called alkaloids are responsible for the bitter tasting/toxic compounds. The plant uses them to protect themselves against herbivores and pathogens. In the course of domestication and by modern breeding programs, the bitter tasting compounds of the tomato were reduced and larger fruits were selected.

Genetic inheritance is a complex process and breeding of plants with respect to favored characteristics is a difficult exercise. The reason is that characteristics, as fruit size are influenced by more than one gene. Moreover, different versions of one gene can exist in one living organism. This is comparable to the variety of written forms of one sound. For example, be, eat and see are written differently, but the letters e, ea and ee sound similar in these words. That is how the DNA code of genes can be written differently, which results in a variable characteristic value. In addition, the qualitative nature of characteristics is not only influenced by genes and their different versions, but also by environmental conditions.

Staying with tomato, one can easily imagine that breeding of larger fruits has to be coupled to other changes in the plant. Not only an increase in fruit size by increasing cell number had to be implemented during the breeding process but also the chemical composition is adapted via the accumulation of higher amounts of metabolites or even with production of new compounds. As such, the enlargement of fruits has to be coupled to changes at the genomic level, including the DNA code, its transcription and translation into (metabolic) processes.
Modern techniques and analysis methods give the opportunity to study plants at different levels. Actually, that is what the research team has done in the current study. “We have analyzed and compared the genetic and metabolic composition of up to 610 tomatoes of different origin”, explains Alisdair Fernie.

The comparison of wild and cultivated tomatoes is decisive here, because small berry-like fruits of the wild species were transformed into red tomatoes, which were nearly hundred times larger. The breeding process passed through two main stages. First, the plants were domesticated and secondly, they were improved. The researchers found that these two phases seemed to have had a different influence on the chemical composition of the fruit.

Genes in the piggyback

With the help of comprehensive genome and metabolite analyses, the research team could show that the breeding phase to improve the plant had a stronger influence on the metabolite content. “We found two different selection mechanisms in this breeding phase. On one hand, the taste was bred directly, as fruits with less bitter taste were selected. Moreover, we found that fruit size is strongly associated with metabolites. In this manner, the taste was bred indirectly by selecting larger fruits”, Alisdair Fernie says. It appears that the respective genes of the metabolism “hitchhike”! They are coupled to the genes responsible for fruit size and thus are genetically inherited together. Here, the researchers have excluded a direct influence of the fruit size genes on the metabolites. Therefore, it seems to be coincidental rather than the result of directed breeding that larger fruits contain better tasting metabolites.

The diverse data obtained give insights into the variation of the metabolism and its genetic and biochemical control mechanisms. The knowledge currently available about the chemical composition of tomatoes and their molecular biological relations could lead to an improvement of the fruit quality with corresponding breeding programs. Moreover, these data can be used in further detailed studies to analyze control mechanisms of tomato metabolism.