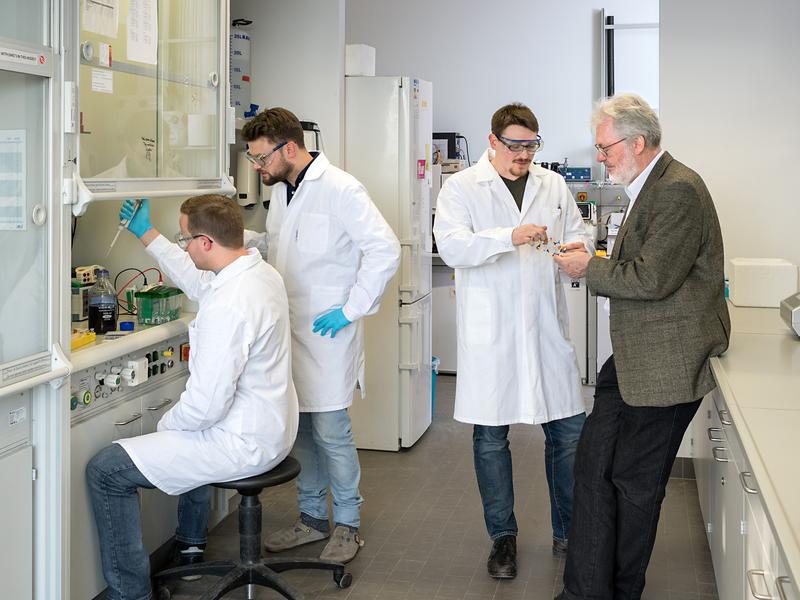 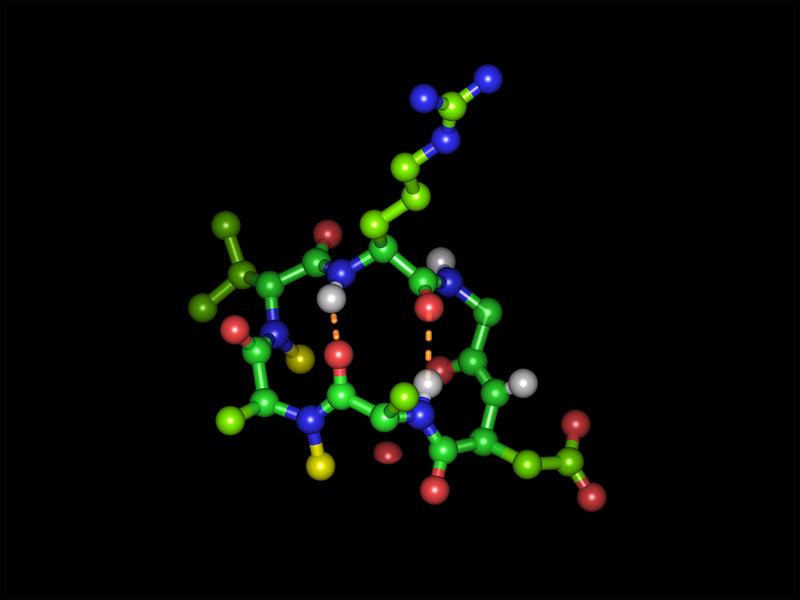 Peptides, short amino acid chains that control many functions in the human body, represent a billion-dollar market, also in the pharmaceutical industry. But, normally these medications must be injected. A research team led by the Technical University of Munich (TUM) has now determined how peptides can be designed so that they can be easily administered as a liquid or tablet.

Peptides are short chains of amino acids. In the human body, they control diverse functions as signaling molecules. Well-known examples include insulin, which comprises 51 amino acid building blocks and controls the metabolism of sugar, or cyclosporine, an eleven amino acid-peptide that has been proven to suppress organ rejection after transplants.

“Peptides are wonderfully well-suited as medication,” says Horst Kessler, Carl von Linde Professor at the Institute for Advanced Study at TU Munich. “The body already uses them as signaling molecules, and when they have done their job, they can be recycled by the body – no accumulation, no complicated detoxification.”

Worldwide, there are currently some 500 peptide-based medications in clinical trials. A handful of peptide medications are already commanding revenues in the billions. But the fact that they cannot be administered as tablets is a decisive disadvantage of almost all substances in this category.

Since proteins are an important part of the diet, the stomach and intestines harbor countless enzymes that break peptide bonds. No medication based on unmodified peptides would have a chance to survive the passage through the gastrointestinal tract.

Yet even when appropriately modified peptide compounds make it through the stomach intact, another hurdle awaits them: The cells of the intestinal walls prevent their absorption into the blood. That is why these kinds of active agents are generally only be administered by injection.

The path through the wall

The team initially approached these challenges using a ring-shaped model peptide. It comprised six molecules of the simplest amino acid, alanine. The scientists used it to investigate what effect replacing hydrogen atoms of the peptide bonds with methyl groups has on oral availability.

This resulted in over 50 variations. Cellular tests by collaboration partners in Israel showed that only specific peptide variants are absorbed very quickly. “It appears that cyclic hexapeptides with a specific structure are able to use an existing transport system,” says Prof. Kessler.

The team chose integrin receptors that control a variety of functions on the cell surface as a target for their peptides. A sequence of the three amino acids arginine, glycine and aspartic acid is the key to the docking at these receptors. Kessler's co-workers incorporated the key sequence at different positions of their model peptide, thus creating new variants.

However, both the negatively charged side chain of aspartic acid and the positively charged arginine turned out to be knock-out criteria for using the transport system. The team nevertheless managed to mask the charged groups of both amino acids with protecting groups.

Although with this the peptide initially loses its ability to bind to the target molecule, if the right protective groups are selected, they are split off again by enzymes that are ubiquitous in the blood. The pharmaceutical effect is thus restored upon arrival at their destination.

Cell tests have shown that the new hexapeptide indeed has a biological effect. In low doses it stimulates the growth of blood vessels. When mice are fed the masked hexapeptide, the effect is the same as in those that were injected with the unmasked hexapeptide.

“In the past, experts have designated the oral availability of peptide-based medications as the ‘holy grail of peptide chemistry.’ Our work provides a strategy for solving the challenges of stability, absorption in the body and biological effectiveness," says Kessler. "In the future, this will greatly simplify the creation of peptide medication that can be easily given in fluid or tablet form.”

The compounds were designed, synthesized and tested for biological activity at the Technical University of Munich in Garching, structurally characterized at the CSIR National Chemical Laboratory in Pune (India) and at the Università di Napoli Federico II in Italy. Permeability was tested on cell systems at the Hebrew University in Jerusalem (Israel) and the biological effect in mice at Queen Mary University of London (UK).

The research was funded by the German Research Foundation (DFG) as part of a Reinhart Koselleck project and the Cluster of Excellence Center for Integrated Protein Science Munich (CIPSM), as well as the TUM Institute for Advanced Study using funds of the DFG and the European Union. The project received further funding from Worldwide Cancer Research and Cancer Research UK.

The significance of integrins

The communication between the cells of a body in the various organs is an essential prerequisite for the existence of multicellular organisms. Receptors on the cell surface, the so-called integrins, play an important role here. They convey information about a cell’s environment to the cell interior.

Tumors, for example, send growth signals to blood vessel cells to keep them growing and thus secure the blood supply to the tumor. In addition, malfunctioning integrins are the cause of many diseases making them highly interesting to pharmaceutical researchers.

The role of the recognition sequence

This structure fits into the integrin receptor like a key. Signal molecules and proteins that have this sequence trigger a reaction of the cell. Together with other amino acids that serve a recognition role, the spatial structure of the sequence determines which of the integrins the key fits to.

Pharmaceutical researchers are now on the lookout for molecules that have these recognition sequences in the fitting spatial structure, allowing them to trigger the same cell reactions. The ability to specifically target different integrin subtypes is an important step toward personalized medicine in which all kinds of cancer can be fought on a patient-specific basis.