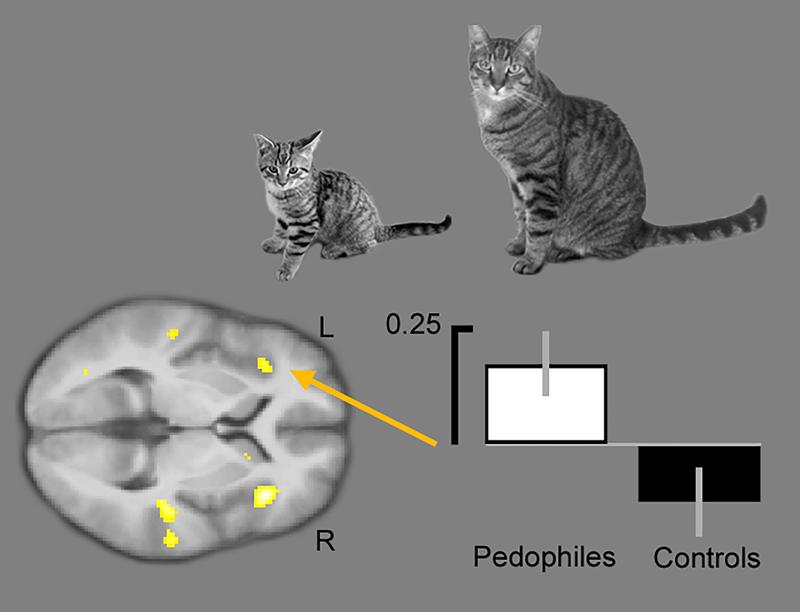 Why some adults develop a sexual interest in children is scientifically not yet fully understood. A research team from the Institute of Sexual Medicine and Forensic Psychiatry and Psychotherapy at Kiel University and the University Medical Center Schleswig-Holstein (UKSH) Campus Kiel, together with scientists from other north German universities, has now found new clues as to possible causes of pedophilia in men.

In a study funded by the Federal Ministry of Education and Research, the scientists were the first to identify a fault in the so-called nurturing system in the brain as a possible explanation. Their findings have been published in the scientific journal Frontiers in Human Neuroscience.

In the search for explanations for pedophilic disorders, numerous previous studies primarily focused on the mating system, i.e. the reactions of the brain to sexual stimuli, the associated mechanisms of impulse control, and possible brain anatomical aberrances. The Kiel research team, however, focused on brain functions which control so-called nurturing behaviour. Men are different to most male mammals, in that they are able to carry out an unusually high degree of nurturing activities, meaning that they possess a wide range of social skills with which they can take care of their offspring. In mammals - including humans - this behaviour is associated with a specific hormonal regulation.

Based on their previous work, the research team at Kiel University suspected a possible over-activity of the nurturing system in male pedophiles. “In our study, we initially investigated mechanisms in the brains of those affected, which are unrelated to sexuality. The causes of pedophilia are more complex than previously assumed, and may possibly also be related to a sexualisation of nurturing," emphasised psychologist Dr Jorge Ponseti, head of the Kiel study.

The scientists investigated brain responses of pedophilic men to pictures of young and adult animals by means of magnetic resonance imaging (MRI). As such, they used a method that functions independently of sexual stimuli, where the cuteness of the young animals depicted causes activation of the nurturing system.

It was found that the subjective perception of these pictures by pedophilic men was not different to that of a healthy control group. However, the MRI scans showed that the brain activity of those affected increased significantly when looking at the young animals. Increased activity was found in specific areas of the brain, such as the left anterior insula cortex, which is usually activated when mothers look at their own child, for example. The Kiel researchers concluded that pedophilia could also be related to a malfunction of the male nurturing system. The scientists now want to check these newly-discovered correlations in subsequent studies.

One approach that they want to pursue relates to the concentration of certain hormones in females, which decreases at the beginning of the menopause. This causes a change in the nurturing system of women, and, for example, reduces their reaction to cuteness. The research team plans to test whether medical hormone regulation has a similar effect in affected males. "This therapeutic approach would provide the opportunity to treat pedophile tendencies in a much more targeted manner than is possible today," said an optimistic Ponseti.

A photo is available for download:
http://www.uni-kiel.de/download/pm/2018/2018-041-1.jpg
Caption: Looking at young animals compared to adult animals triggers increased activity in different areas of the brain in male pedophiles (yellow areas), whereas the activity is comparatively weaker in control subjects. The yellow arrow points to the relative activity in the left anterior insula cortex. This area of the brain is usually activated when mothers look at their own child.
Image: Dr Jorge Ponseti

More information:
The Institute of Sexual Medicine and Forensic Psychiatry and Psychotherapy:
http://www.zip-kiel.de/sexualmedizin