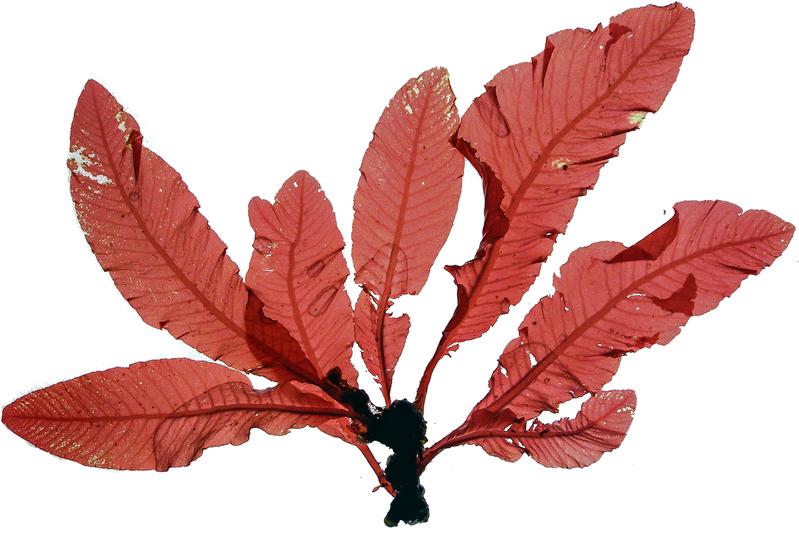 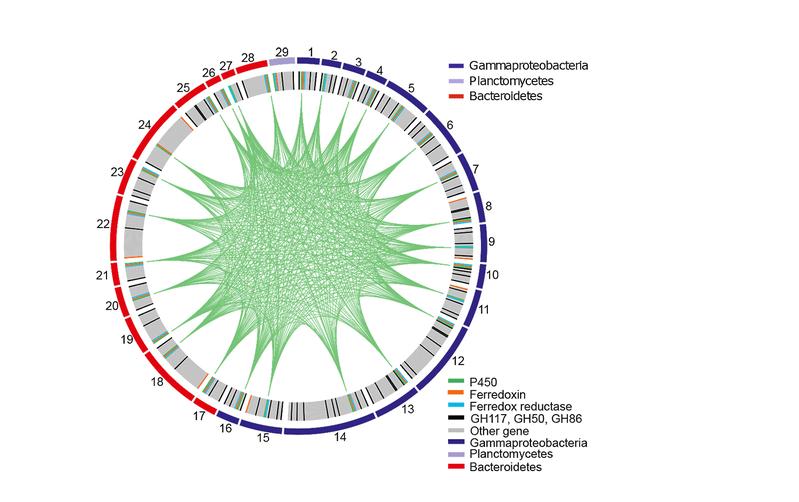 Enzymes play a decisive role in the degradation of marine algal biomass. Scientists from Greifswald and Bremen were able to prove this for the first time in extensive experiments. They discovered a completely new sub-family of biocatalysts in the sugar degradation in marine bacteria. Researchers from the Universities of Greifswald and Bremen and from the Max Planck Institute for Marine Microbiology (MPIMM) in Bremen have published their results in the journal Nature Chemical Biology (DOI:10.1038/s41589-018-0005-8).

Every year algae in the world’s oceans store approximately the same amount of carbon as the entire vegetation on land. In doing so, algae produce large amounts of carbohydrates that are biodegraded by bacteria and are an important source of energy for the entire marine food chain. The marine bacteria responsible for the biodegradation of these carbohydrates were identified in earlier investigations. However, exactly how the microbial degradation works had not yet been ascertained. The team of researchers were now able to prove the specific function of certain bacterial enzymes for the first time. Using oxygen, these enzymes catalyse an important step in the digestion of the algal carbohydrates.

The genomes of carbohydrate-degrading marine bacteria were examined using cutting-edge bioinformatic analyses. These analyses suggested that oxidative enzymes called P450 monooxygenases played an essential role in the degradation of algal carbohydrates. Oxygenases are enzymes that split a substrate – in this investigation the algal sugar – by using oxygen. To check this assumption, the function of these enzymes was characterised in detail. It became clear that P450 enzymes are able to transform a specific sugar residue. An extensive analysis of P450 enzymes in databases confirmed that they are a new subfamily of biocatalysts.

“These enzymes are very important for our understanding of the carbon cycle in the oceans. They show us how marine bacteria metabolise particularly stable sources of carbon. At the same time, these enzymes are interesting for biotechnology: For example, they could be used to convert certain sugars into biofuels. And thus this study underlines how vital it is, not only from a biotechnological point of view, but also from an ecological point of view, to investigate the molecular aspects of the marine carbohydrate cycle in detail,” explains Dr. Jan-Hendrik Hehemann, Emmy Noether Group Leader at the Max Planck Institute for Marine Microbiology https://www.mpi-bremen.de/en/Home.html and at the University of Bremen’s MARUM – Centre for Marine Environmental Sciences https://www.marum.de/en/index.html and corresponding author of the article.

“These results also show how important it is to conduct research in an interdisciplinary team of biologists, biotechnologists and biochemists, because this cross-disciplinary expertise was an important factor for the success of the project,” ads Prof. Dr. Uwe Bornscheuer from the University of Greifswald’s Institute of Biochemistry https://biochemie.uni-greifswald.de/institut-und-struktur/forschung/forschung-in-den-arbeitskreisen/ordner-aks-lehrstuehle/biotechnology-enzyme-catalysis/, who is also corresponding author of the article.

“We are delighted that our first publication as part of the DFG-funded research unit POMPU (FOR2406; www.pompu-project.de) contains ground-breaking and relevant findings on the degradation of marine carbohydrates,” says Prof. Dr. Thomas Schweder from the University of Greifswald’s Institute of Pharmacy https://pharmazie.uni-greifswald.de/en/institut/abteilungen/pharmaceutical-biotechnology/. He is spokesman of the research group.

The photo and the graphic can be downloaded and used for free for editorial purposes in combination with this press release. You must name the author of the images. Download: https://www.uni-greifswald.de/universitaet/information/aktuelles/medienfotos/medienfotos-februar-2018/