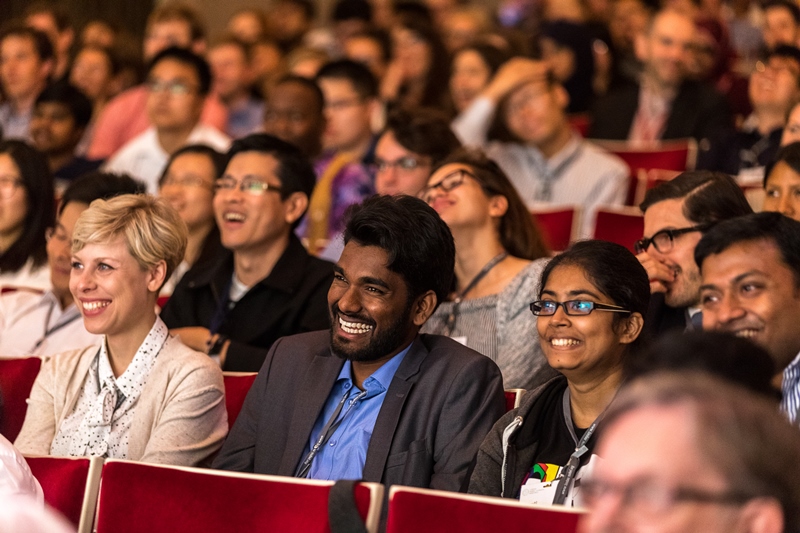 The selection process for participation at this year’s Lindau Nobel Laureate Meeting has been completed. A total of 600 outstanding students, doctoral candidates and post-docs under the age of 35 will come to Lake Constance from 24 to 29 June. This year’s meeting is dedicated to physiology and medicine and will set two records: 43 Nobel Laureates – more than ever before at a medicine meeting – will take part, and the field of participants, with 84 countries of origin, has never been so diverse.

“This summer we will once again welcome the next generation of top researchers. I find it remarkable that we will bring together more than 80 nations in Lindau and in so doing will not only be able to enjoy an intensive exchange between generations but also one that crosses national boundaries,” says Countess Bettina Bernadotte, President of the Council for the Lindau Nobel Laureate Meetings. “It is particularly gratifying that 50 percent of the young scientists are women.”

More than 130 academic partners worldwide – academies, universities and foundations – nominated the candidates for participation after internal application procedures. “I have rarely had the pleasure of evaluating such a diverse and high-quality group, which made the selection difficult,” says Stefan H.E. Kaufmann, Professor of Microbiology and Immunology at the Charité in Berlin and Director at the Max Planck Institute of Infection Biology. Stefan Kaufmann is a member of the Council and one of the two scientific chairpersons of the meeting. Along with the selection process, he is also jointly responsible for drawing up the programme of the Lindau Meeting.

After two years in the temporary venue of the Lindau city theatre, the meetings can now once again be held in the Inselhalle. The reconstruction of the Inselhalle has led to the creation of many new spaces, which also allow parallel sessions and more intimate formats in one place. Thus, the six-day programme will for the first time feature so-called ‘Agora Talks’, in which laureates answer the audience’s questions. In poster flashes and master classes the young scientists will present their research to the Nobel Laureates and their colleagues.

Three newly minted Nobel Laureates will come to Lindau in 2018: the two biologists Michael Rosbash and Michael Young, who were honoured for their research on the inner clock, have confirmed their participation as well as the German-American chemist Joachim Frank. Alongside the inner clock, the key topics of the 68th Lindau Meeting are the role of science in a ‘post-factual era’, gene therapy and scientific publishing practices.

Since their founding in 1951, the Lindau Nobel Laureate Meetings have served to promote exchange, networking and inspiration.