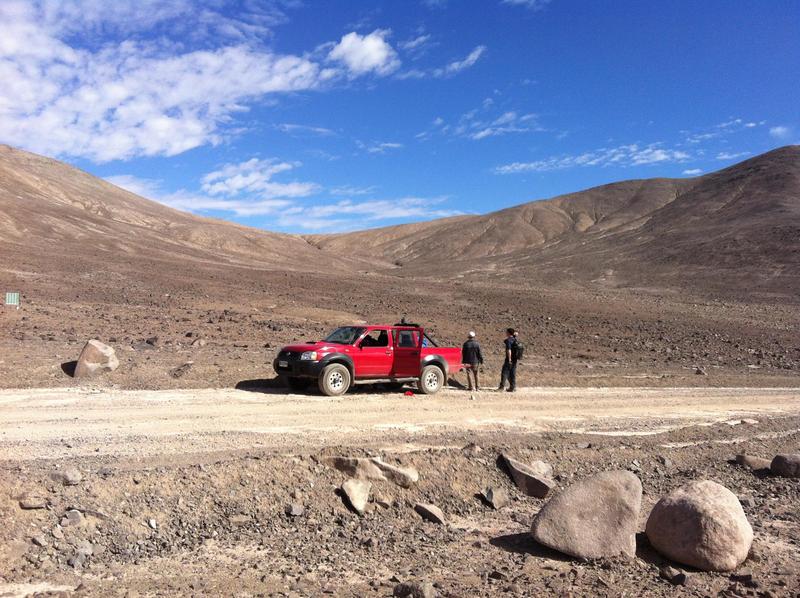 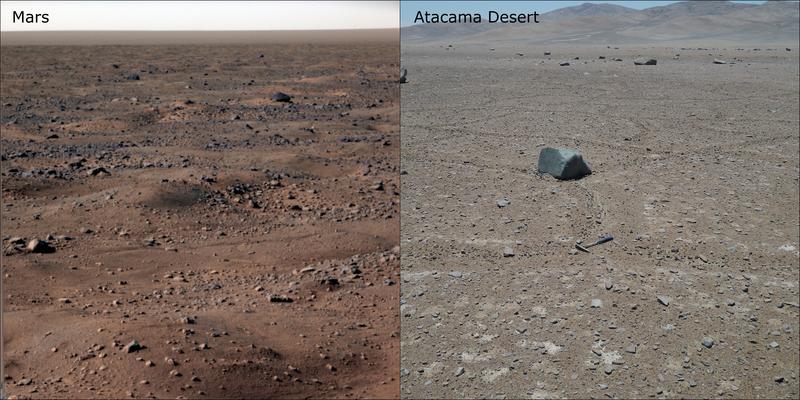 The core region of the Atacama Desert is one of the most arid places on Earth. However, scientists have found microorganisms there. But it has remained unclear whether these environments support active microbial growth or whether the observed cells were introduced by wind transport and subsequently degraded. Detailed analyses by an international research team show: Even in the most arid zones of the Atacama a microbial community exists which becomes metabolically active following episodic increase in moisture after rainfalls.

The core region of the Atacama Desert in South America is one of the most arid places on Earth. Sometimes it is raining only once in a decade or even less, the annual precipitation is far less than 20 mm. The dry conditions resulted in high salt concentrations in the soil and low organic matter content. However, scientists have found microorganisms there. But it has remained unclear whether these environments support active microbial growth or whether the observed cells were introduced by wind transport and subsequently degraded. Detailed analyses by an international research team show: Even in the most arid zones of the Atacama a microbial community exists which becomes metabolically active following episodic increase in moisture after rainfalls. The new findings, published in the journal “PNAS”, are important for evolution of life and landscapes on Earth. Moreover, the results have implications for the prospect of life on other planets – certainly for Mars.

The scientists took soil samples at six different locations in the Atacama Desert between 2015 and 2017. “We have chosen sample locations along a profile of decreasing moisture from the coast up to extreme arid conditions in the core region of the Atacama”, explains first author Dirk Schulze-Makuch from the TU Berlin. “This gradient should be reflected in the life-friendly conditions – we call it habitability – as well as in the number and diversity of the microorganisms.”

To get the whole picture the scientists used a broad range of complementary methods carried out at several geoscientific institutions in Berlin and Potsdam together with international partners. Amongst others the team conducted physico-chemical characterizations of the soil habitability and molecular biological studies. The latter were done mainly at GFZ German Research Centre for Geosciences in Potsdam where intracellular and extracellular DNA was analysed. “With this method we can find out which microorganisms really exist at the different locations in the Atacama probably doing metabolism and which ones are only represented by their naked DNA in the sediment as a signal from the past,” says Dirk Wagner, Head of GFZ-Section for Geomicrobiology and one of the leading authors of the article. “Further investigations like tests on enzymes have shown that the suspected organisms in most cases are in fact metabolically active.”

To scientists it is not only important to know where microbial life exists, it is also relevant to know about changes over time. Here they were lucky: First sampling in April 2015 occurred shortly after an unexpected rain event. The moisture had positive effects on life and activity in the desert. This is documented in samples taken and analysed in the following years in February 2016 and January 2017. “We can clearly show that some time after a precipitation event, the abundance and biological activity of microorganisms decreases”, says Wagner. But the organisms, which are predominantly bacteria, do not completely die off. According to the authors, single-celled organisms are found mainly in the deeper layers of the Atacama Desert where they have formed active communities for millions of years and have evolved to cope with the harsh conditions.

The findings from the South American desert are very useful for the question of life on other planets, especially in relation to Mars. Martian climate was initially humid, rivers and lakes had existed before the desertification began. No rain can fall from the thin Martian atmosphere today but liquid water can be present near the surface due to nightly snowfall. Additionally, there is fog and on some slopes also salty brines, which sporadically flow down and thus provide fluids. However, the exposure to hard radiation at the surface is much greater than on Earth. Based on the results of the study, the authors come to the conclusion: If life ever evolved on Mars in the past, under better conditions, it could have endured the transition to hyper-arid conditions and perhaps even be found in subsurface niches today.