DNA scissors can cut RNA, too 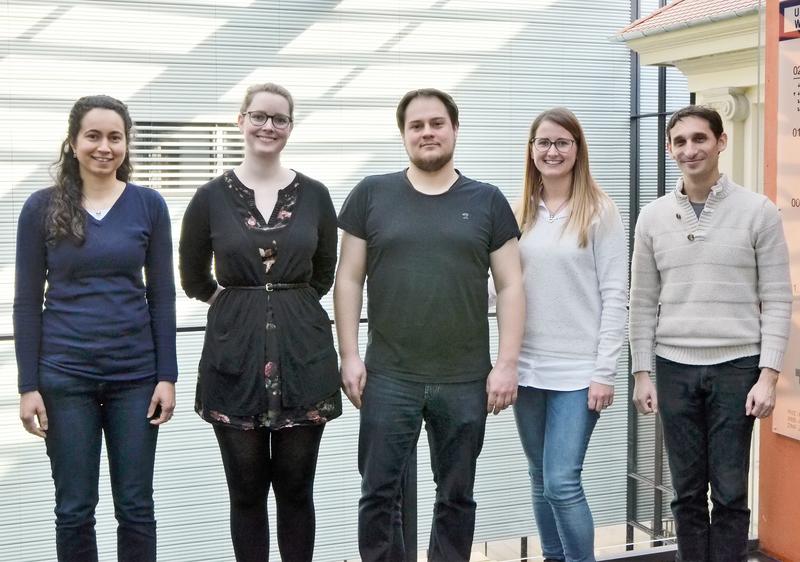 Our ability to change the content of genes at will—whether to reverse genetic diseases or improve food and energy crops—is undergoing a revolution. This revolution is being driven by “CRISPR-Cas9”, a technology based on an immune system of bacteria, discovered only a few years ago. This immune system recognizes and cuts foreign genomic material (desoxyribonucleic acid, DNA) from invading viruses and thus protects the bacteria from being infected.

The cutting is performed by the Cas9 protein, that acts as a pair of scissors, while other parts of the system act as guides that instruct where Cas9 should cut the DNA. Scientists have been harnessing these molecular scissors in combination with artificial guides to specifically modify genes – not only in bacteria but also in plants and animals.

While the Cas9 scissors are known to typically cut DNA, researchers from the Julius-Maximilians-Universität Würzburg (JMU) and the Helmholtz Institute for RNA-based Infection Research (HIRI), an institution of Helmholtz Centre for Infection Research, in Germany now showed that the Cas9 protein of the food-borne pathogen Campylobacter jejuni is not limited thereto.

“Instead, the protein is also capable of cutting related molecules, called ribonucleic acids – RNA, for short”, emphasizes Prof. Cynthia Sharma from the JMU Institute for Molecular Infection Biology (IMIB). “Not only that, but we found that we could also program this Cas9 to target and cut specific RNA molecules.”

RNA plays a central role in all forms of life. A major role of RNAs is to serve as messenger of genomic material in the cell: genes, specific parts of the information, stored in the DNA, are extracted by transcribing them into RNA. The RNA then serves as template for the translation of this information into proteins. The ability to target RNA instead of DNA expands how Cas9 scissors can be used. Potential uses range from controlling which genes are turned off or on to combatting human viruses that are made of RNA to rapidly detecting infectious agents.

The researchers discovered this molecular feat while looking at molecules that interact with the Cas9 in Campylobacter. These included numerous RNAs from the cell. Further analyses showed that Cas9 not only bound but could also cut the RNA in a similar way as it does with DNA – and that it could be easily instructed to cut specific RNAs.

“The finding was surprising, given that Cas9 is thought to naturally target DNA only” says Prof. Chase Beisel, who recently joined HIRI from NC State University (USA) and has been collaborating with Prof. Sharma on the project.

While the researchers made this finding with the Cas9 protein from Campylobacter, two other groups of researchers recently reported similar findings with Cas9s from two other bacteria. This raises the possibility that this fascinating new discovery could be a general trait of Cas9 proteins in nature.

Another question raised by this study is whether the ability of Cas9 to target RNA has any physiological roles in Campylobacter. For instance, evidence is accumulating that CRISPR-Cas systems might not only serve to combat infections, but might rather be naturally involved in controlling which genes in Campylobacter are turned on and off. Prof. Sharma and Prof. Beisel agree: “We continue to be amazed by what Cas9 is capable of doing and what new applications and technologies these insights create.”

Scientists at the Helmholtz Centre for Infection Research (HZI) in Braunschweig, Germany, are engaged in the study of different mechanisms of infection and of the body’s response to infection. Helping to improve the scientific community’s understanding of a given bacterium’s or virus’ pathogenicity is key to developing effective new treatments and vaccines. The HZI is a member of the German Center for Infection Research (DZIF). www.helmholtz-hzi.de/en