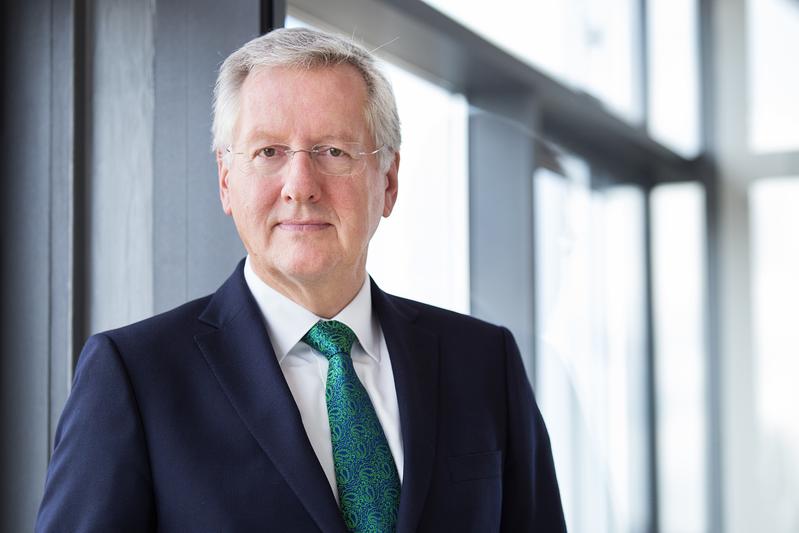 Hans-Jochen Schiewer, President of Eucor – The European Campus, is promoting the further development of the university consortium into a European University

Mr. Schiewer, how is it that Eucor – The European Campus has received so much attention and encouragement from politics and science lately?

Hans-Jochen Schiewer: The French president Emmanuel Macron made a close connection between the idea of Europe and the concept of European universities in his Sorbonne address in September 2017. By doing so, he reignited interest in the European project that had suffered a major setback through the British referendum to leave the European Union. We have noticed for quite some time in the Upper Rhine region that science is the driving force in cross-border cooperation. For that reason policy-makers have immediately connected the idea of a European university with Eucor – The European Campus, thereby identifying the consortium as a role model. We have a once-in-a-lifetime opportunity to revive the European idea: If we are able to offer our students, researchers and staff members the opportunity to experience Europe on a daily basis, it is a great chance to strengthen European thinking.

In your view, why is a consortium the proper model to implement the idea of a European university?

It would be foolhardy to believe that universities from several member states or associated states of the European Union would be able to merge within a very short time. For that reason, the European university must first be considered as a consortium of four or five universities. They should fit from a regional and substantive perspective, but also clearly decide to work with one another in a particular way. In other words, they require their own strategy, governance and legal structure in order to perform as a European university. Long-term we can imagine that these universities will meld together so closely over the next few decades that people will view them as a single institution.

And this consortium should not limit itself substantively or structurally, but rather encompass the universities in their entirety?

A university is characterized by three components: teaching, research and innovation. That is why it is fundamentally important to launch and promote a European university through all three areas of performance. Anything other than that would not provide something new.

How far have the universities on the Upper Rhine -- Basel, Mulhouse, Strasbourg, Freiburg and the Karlsruhe Institute of Technology – advanced in their common efforts?

In 2012 we already started to envision the idea of becoming a European university. In it, we saw a great opportunity to bring together our world-leading positions in many fields of research, to complement each other's competencies, and to express our common strength. That is why we decided to give ourselves a common legal form: in 2015, we founded the first European-only European Grouping of Territorial Cooperation, EGTC for short. It gives us the opportunity to apply for funding for research and teaching in Germany, France, Switzerland and the European Union. We are, of course, very happy that this regionally inspired idea has been taken up and has become the platform for the European project - we see it as a confirmation for the direction we are taking.

Can you provide some examples of the special kind of cooperation you currently have?

Our strategy is to identify areas of research and teaching in which we derive added value from collaboration. One example from research is quantum physics and quantum technology: none of the member universities of Eucor - The European Campus has reached a critical mass in this field alone, but together we are one of the strongest sites in Europe. We have set up a joint project and within one year received funding from the Endress & Hauser Foundation with a grant of ten million Swiss francs, which shows that we have been able to immediately convince people with our clear strategic decisions and added value. We have been cooperating for a long time in the area of teaching: For any student who is enrolled in one of the five member universities, they can visit seminars and lectures on the entire European Campus as well as having free access to any library they choose. Furthermore, we have created bi- and trinational courses of study that can often be completed with a dual degree from two or three member universities. However, we still have many challenges – such as requiring a semester ticket for the European Campus to increase and alleviate student mobility.

What kind of profiles does the European Campus seek to develop in the coming years?

We have set clear goals: Our strategic offices, International Offices and Student Service Center will develop synergies and we seek to harmonize our study regulations, curricula and academic achievement requirements. We can imagine building common structures for the purposes of technology transfer. In research we have a groundbreaking project in which we describe the infrastructures at all five universities, decide on a mutual usage concept on this basis and further develop our infrastructures at the individual sites in such a way that we complement one another.

How can such a project contribute to a European identity?

In my opinion, the Upper Rhine region’s special quality is given by the fact that it is like a mini-Europe. Here we can immerse ourselves directly in completely different cultural spaces and ways of thinking, so that Europe can be experienced in its diversity. On this basis, we want to train young leaders who see Europe as the foundation of their thinking - and no longer define their identity solely by country or region of origin.

The press release from the State Ministry of Baden-Württemberg (in German):
https://www.baden-wuerttemberg.de/de/service/presse/pressemitteilung/pid/nukleus-fuer-eine-europaeische-universitaet-am-oberrhein

In December 2015 the five member universities signed the founding documents to give cross-border research and teaching its own legal identity. The universities thereby created the first EGTC amongst universities on the European level. The European Campus concentrates in particular on research in the areas of quantum physics and quantum technology, precision medicine, sustainability sciences and cultural studies.

Altogether the EGTC combines the skills and potential of 15,000 researchers, 11,000 doctoral students as well as 115,000 students. The university consortium Eucor – The European Campus seeks to mutually build a clearly defined scientific and research epicenter without walls and borders and with an international flair.