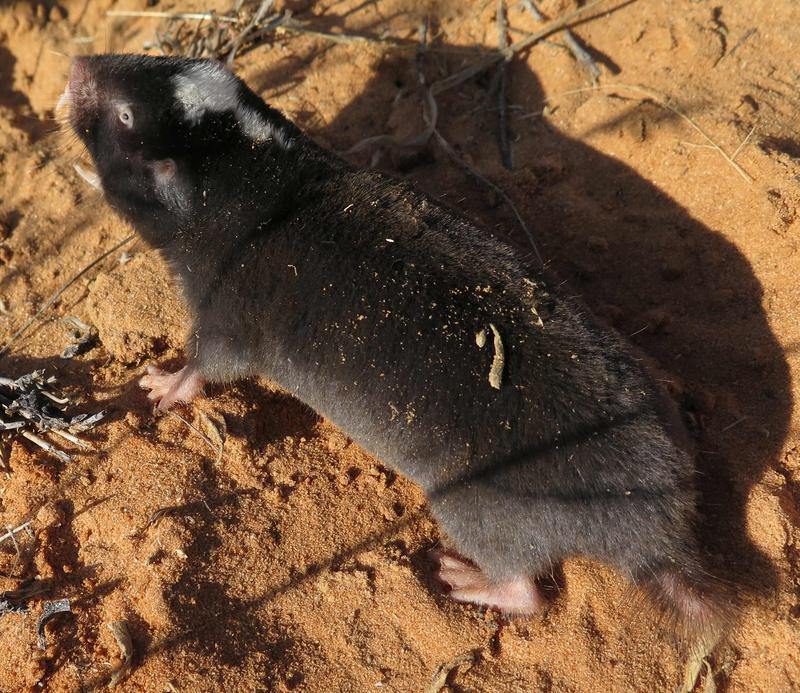 The genetic basis of lifespan determination is poorly understood. Most research has been done on short-lived animals, and it is unclear if these insights can be transferred to long-lived mammals like humans. By comparing genes of long- and short-lived rodents, researchers from Leibniz Institute on Aging (FLI) in Jena / Germany now identified in a collaborative project several novel genes possibly influencing longevity and healthy aging in mammals. The results have been published in journal PLoS Genetics.

Jena / Germany. Humans and other mammals have a lot in common. Depending on race, 80 to 98% of mammalian genetic makeup is identical to the human one. Nevertheless, the variety of life expectancy among mammals is huge; and so far, it was unclear, which impact the genetic makeup has on a species’ life span. In rodents, differences in life expectancy and morbidity during aging are particularly high: Despite close relationships with regard to genetic aspects, small rodents like mice or rats live no longer than two to three years, whereas mole-rats or chinchillas have an average life span of 20 to 30 years while staying comparatively healthy. This unique range of life expectancy makes rodents a perfect model system for analyzing the genetic impact of genes on life span and aging in mammals.

Towards this, researchers from the Leibniz Institute on Aging – Fritz Lipmann Institute (FLI) in Jena, Germany – together with colleagues from the Leibniz Institute for Zoo and Wildlife Research (IZW) in Berlin, and the Institute of General Zoology at University Duisburg-Essen – have compared genetic data from 17 rodent species. The team of researchers found 250 genes that were cumulatively under-activated in long-lived rodents, but over-activated in short-lived species. Hence, the researchers concluded that these genes might have been positively selected by evolution for a long and healthy life. Among them, novel genes like RHEBL1, AMHR2, PSMG1, or AGER were identified that have never before been linked to general aging processes and lifespan, but are known to directly contribute to the development of aging-associated diseases like cancer or Alzheimer’s disease in humans. Insofar, the results are also relevant for humans: 85% of the long-lived rodents’ genes are identical to human DNA, but in contrast to humans that are rather prone to illness, long-lived rodents have a very low risk to come down with age-related diseases. The study’s results have now been published in journal PLoS Genetics.

What Are the Longevity Genes Responsible for?

For many rodent species, genome and gene expression data are already available. This is why conclusions can be drawn from the recent study, which and how body functions in long-lived rodents differ from the ones in their short-lived relatives. Like this, the researchers from Jena, Berlin and Duisburg-Essen were able to conclude that lifespan extension in rodents can be attributed to changes in their defense against free radicals, iron homeostasis as well as cellular respiration and translation as central parts of the growth program. This confirms aging theories assuming a tradeoff between fast growth and long lifespan: Those genes that make an organism mature fast, contribute to an accelerated aging and a short lifespan later-on, given that they cannot be completely de-activated after maturation and, thus, harm the adult organism. In contrast, in long-lived rodents, these genes are kept under-activated during growth, leading to a slower maturation but also to a longer life.

There are several reasons, why – in the course of billions of years of evolution – a genome might be forced to differentiate and adapt to different environments. Therefore, the identification of longevity genes is only a first step towards the conclusion of hypothetical interrelations, which have to be further analyzed in follow-up studies. However, since the novel genes that were identified, are known to lead to aging-associated diseases in humans, their further analysis seems to be promising for developing new approaches to understand and possibly cure these diseases and to contribute to a long life and healthy aging in humans – in a way, long-lived rodents do.

The Leibniz Institute on Aging – Fritz Lipmann Institute (FLI) – upon its inauguration in 2004 – was the first German research organization dedicated to research on the process of aging. More than 330 employees from over 30 nations explore the molecular mechanisms underlying aging processes and age-associated diseases. For more information, please visit www.leibniz-fli.de.

The Leibniz Association connects 93 independent research institutions that range in focus from the natural, engineering and environmental sciences via economics, spatial and social sciences to the humanities. Leibniz Institutes address issues of social, economic and ecological relevance. They conduct knowledge-driven and applied basic research, maintain scientific infrastructure and provide research-based services. The Leibniz Association identifies focus areas for knowledge transfer to policy-makers, academia, business and the public. Leibniz Institutes collaborate intensively with universities – in the form of “WissenschaftsCampi” (thematic partnerships between university and non-university research institutes), for example – as well as with industry and other partners at home and abroad. They are subject to an independent evaluation procedure that is unparalleled in its transparency. Due to the institutes’ importance for the country as a whole, they are funded jointly by the Federation and the Länder, employing some 18,600 individuals, including 9,500 researchers. The entire budget of all the institutes is approximately 1.7 billion EUR. See www.leibniz-association.eu for more information.