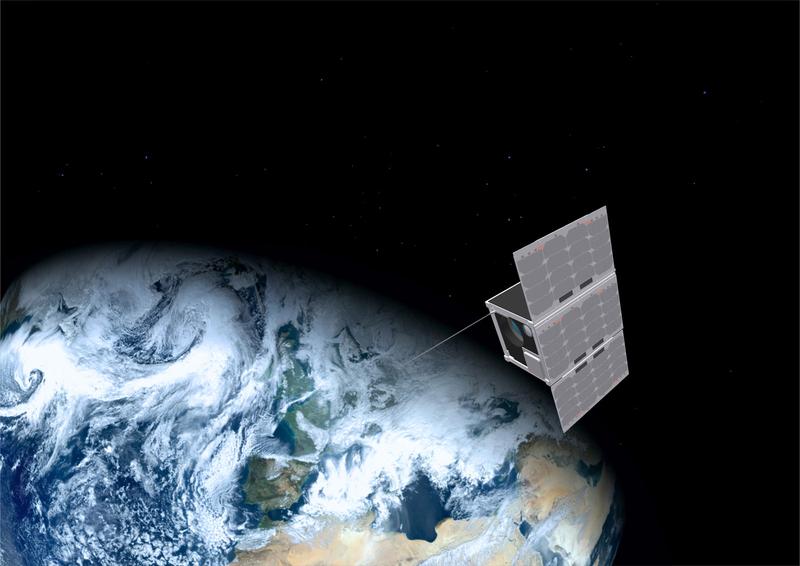 Low Earth orbit increasingly resembles an overcrowded junkyard. Disused satellites, burned-out rocket stages and thousands of pieces of debris produced by collisions – all these things pose a threat to infrastructure in space. Fraunhofer researchers have developed a new radar system and other technologies to give spacecraft better protection against space junk. And that is not all: By virtue of an agile small satellite, the scientists are now also making access to space quicker and more cost-effective.

Scraps of wreckage whizzing around present a serious danger to everything that moves in space. To avoid this debris, it is important to know where it is located.

“Using the new GESTRA surveillance radar, it is possible to detect objects and debris in low Earth orbit up to 3000 kilometers,” says Helmut Wilden, Team Leader for Multifunctional RF Sensor Technology at the Fraunhofer Institute for High Frequency Physics and Radar Techniques FHR in Wachtberg near Bonn. While GESTRA is able to scan large areas of space around the clock, the radar system TIRA observes individual objects more closely. “GESTRA monitors the expanses of space to establish whether – and indeed how many – objects there are. TIRA can then produce an image of the individual objects, enabling them to be analyzed in more detail,” explains Jens Fiege, Head of Internal and External Communications at Fraunhofer FHR. Moreover, with its sensitive antennae, TIRA can detect objects from just a few centimeters in size and larger, enabling it to measure their trajectories with high levels of precision.

When collisions with debris are unavoidable, robust materials and smart designs help protect satellites against serious damage. The new PIRAT software from the Fraunhofer Institute for High-Speed Dynamics, Ernst-Mach-Institut, EMI, in Freiburg calculates whether the satellite design or individual components would withstand a collision. To this end, PIRAT factors in the flight path of the planned mission and the particle impacts to be expected in that region. Combined with the experimental simulation of collisions, the researchers at Fraunhofer EMI create fact-based vulnerability analyses and protection concepts. “PIRAT makes it possible to determine the failure probability of individual components – even inside the satellite – if a piece of space junk pierces the external wall upon collision and spreads out as a cloud of fragments,” explains Dr. Martin Schimmerohn from Fraunhofer EMI. “Through the clever placement of components and the adding of thin protective layers, you can find a safe design with minimum impact on the overall system.”

Thanks to innovative Fraunhofer technologies, it will not only be safer to travel to space in the future, but faster and more cost-effective too. In the form of ERNST, scientists at Fraunhofer EMI have developed a small satellite that is lightweight, reliable and multifunctional, which will make it possible to slash development costs and time-to-orbit. “Generally, several small satellites ride piggyback with large launch vehicles – this allows even small groups of researchers with limited financial resources to carry out tests in space. In research, this is an important step forward for us,” says Thomas Loosen, Head of the Fraunhofer Space Alliance Administrative Office. Although small satellites cannot transport any heavy payloads, they can be interconnected to form larger constellations, enabling them to provide services such as global Earth observation coverage in high quality.

When carried into orbit in 2021, ERNST will be equipped with an infrared camera for Earth observation. Interestingly, the camera is mounted on a special bracket known as an optical bank, which was manufactured using metallic 3D printing technology. 3D printing methods afford new, almost unlimited design freedom as well as shorter production times. Before now, they have been used very limited in the space sector on account of the stringent safety and quality standards. With the ERNST nanosatellite, the researchers at Fraunhofer EMI now have a test platform at their disposal to demonstrate this promising technology of the future.

We will be presenting the ERNST nanosatellite with infrared camera at the ILA Berlin Air Show from April 25 to 29, 2018, at the Joint Fraunhofer Booth No. 202 in Hall 4. There, we will also be exhibiting models of the GESTRA and TIRA radar systems, demonstrating the PIRAT software and much more. Our experts will be on hand for questions, interviews and detailed explanations.