HFSP Research Grant and Fellowships for scientists at IST Austria 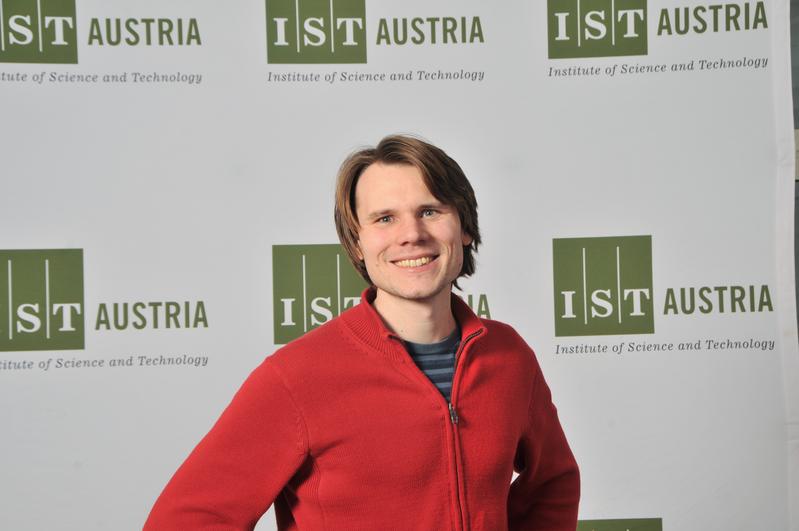 In a crowded bar, you often can’t help but overhear your neighbors’ squabbles and lose track of your spouse’s story. But in the quiet of your living room, no such noise derails your communication. Cells face a similar problem: cells detect what is happening outside, and signaling molecules act as messengers. However, the cell is like a crowded bar – many signals are sent at the same time, and can’t help but react with each other. How bad is this crosstalk for a cell? Supported by the Human Frontiers Science Program (HFSP) with a Research Grant for three years, Gašper Tkačik will be part of a collaboration to investigate this question. The project is supported by an overall amount of around 1 Million USD, distributed among all project partners.

Gašper Tkačik, Professor at the Institute of Science and Technology (IST) Austria, is part of a transatlantic collaboration funded by the Human Frontiers Science Program which will investigate how cells face the problem of crosstalk. In the funded project, Principal Investigator Christian Landry, at Université Laval, Quebec; Judit Villen, University of Washington, Seattle; and Gašper Tkačik at IST Austria will combine their expertise in theoretical biophysics, proteomics, and experimental evolution to address the issue for the first time.

Unlike most biological questions, where research focuses on one or a small number of components such as an individual molecule, an interaction, or an isolated signal transduction pathway, crosstalk is a collective effect happening at the systems level. Nevertheless, even such collective phenomena are shaped by evolution and can be selected against, subject to two types of constraints: biophysical and evolutionary. Biophysical constraints limit what is possible given physico-chemical laws, and thus determine what the optimal state of the system is. Evolutionary constraints determine whether evolution can, in practice, ever reach this optimal state. This might be impossible, for example, because natural selection is unable to completely get rid of deleterious mutations, or to always fix beneficial ones.

While research in evolution asks how a system evolves to an assumed optimum, but doesn’t define this biophysical optimum, theoretical biophysics predicts what the optima are, but doesn’t take into account the actual evolutionary pathways towards such optima. In the new project, the groups will combine their expertise in these two fields to, for the first time, study biophysical and evolutionary forces shaping biological systems. The Human Frontier Science Program supports frontier research, with an emphasis on unconventional research that is not likely to be funded through other grant schemes. Tkacik, Landry and Villen are supported by a Research Grant, which enables scientists from different countries to collaborate on innovative, interdisciplinary projects that are expected to open new fields of investigation.

In the same award round, three postdocs at IST Austria received Postdoctoral Fellowships by the HFSP: Anton Sumser, in the group of Maximilian Jösch, will investigate neuronal networks of salience and spatial detection in the superior colliculus of mice. Diana Pinheiro will study the coordination of mesendoderm fate specification and internalization during zebrafish gastrulation in the laboratory of Carl-Philipp Heisenberg. Wiebke Jahr, in the group of Johann Danzl, will use high-speed 3D-nanoscopy to study the role of adhesion during 3D cell migration. Postdoctoral fellowships provide three years of support and allow talented early career scientists to obtain training in a new research area in an outstanding laboratory.

About IST Austria – www.ist.ac.at
The Institute of Science and Technology (IST Austria) is a PhD-granting research institution located in Klosterneuburg, 18 km from the center of Vienna, Austria. Inaugurated in 2009, the Institute is dedicated to basic research in the natural and mathematical sciences. IST Austria employs professors on a tenure-track system, postdoctoral fellows, and doctoral students. While dedicated to the principle of curiosity-driven research, the Institute owns the rights to all scientific discoveries and is committed to promote their use. The first president of IST Austria is Thomas A. Henzinger, a leading computer scientist and former professor at the University of California in Berkeley, USA, and the EPFL in Lausanne, Switzerland. The graduate school of IST Austria offers fully-funded PhD positions to highly qualified candidates with a bachelor’s or master’s degree in biology, neuroscience, mathematics, computer science, physics, and related areas.