The Future of Ultrafast Solid-State Physics 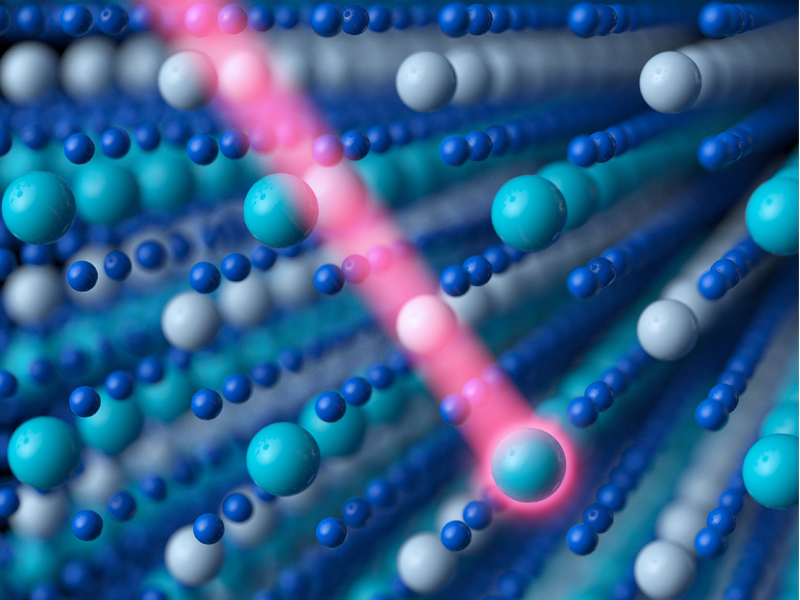 In an article that appears in the journal “Review of Modern Physics”, researchers at the Laboratory for Attosecond Physics (LAP) assess the current state of the field of ultrafast physics and consider its implications for future technologies.

Physicists can now control light in both time and space with hitherto unimagined precision. This is particularly true for the ability to generate ultrashort light pulses in the infrared and visible regions of the spectrum. Extremely high-energy laser pulses, each lasting for a few femtoseconds, have made spectacular experiments possible, which have in turn yielded revolutionary insights. Above all, the growth in understanding of the interaction between light and electrons opens up entirely new prospects for the future of electronics. In the journal Review of Modern Physics (10 April 2018), Dr. Stanislav Kruchinin, Prof. Ferenc Krausz and Dr. Vladislav Yakovlev from the Laboratory for Attosecond Physics (which is jointly run by Ludwig-Maximilians-Universität (LMU) and the Max Planck Institute of Quantum Optics (MPQ)) in Munich, provide a timely overview of current research in ultrafast solid-state physics. They describe recent breakthroughs and take a look at what we can expect from the field in the coming years.

The realm of electrons is becoming ever more familiar. One reason why is that researchers have learned to produce and precisely shape ultrashort pulses of light that enable them to probe the behavior of charged particles. A single oscillation of the electromagnetic field associated with such a laser pulse is sufficient to excite electrons in atoms, molecules, and condensed matter.

Dr. Stanislav Kruchinin, Prof. Ferenc Krausz and Dr. Vladislav Yakovlev, who are at the Laboratory for Attosecond Physics, which is affiliated with LMU Munich and MPQ, have written an article on these groundbreaking developments in laser technology and their theoretical basis for the latest edition of the journal Review of Modern Physics. All of the authors are recognized experts in the field of ultrafast physics and the interaction of light and matter.

Interactions between ultrashort laser pulses and electrons take place on timescales ranging from a few femtoseconds to a few hundred attoseconds. A femtosecond is equivalent to one millionth of a billionth of a second, and an attosecond is 1000 times shorter still. Visible light waves have wavelengths of 400-700 nanometers, such a single oscillation of the associated electromagnetic field lasts for between 2 and 3 femtoseconds. For more than 15 years, laser pulses of this length have been used to probe the motions of electrons in atomic gases. Meanwhile, further advances have led to methods for generating attosecond pulses which make it possible to film the behavior of electrons in real time (Nature 5 August 2010, Vol. 466).

“We now know a good deal about what goes on in the world of electrons, and how these particles behave in response to light,” says Vladislav Yakovlev. “The microcosmos is no longer quite as strange as it once appeared to us.”

Moreover, these unfathomably brief light flashes can do much more than passively tracking the dynamics of electron motions. As Prof. Krausz’s team has shown, such pulses can be utilized to control the behavior of electrons. In 2012, the Munich researchers used highly energetic, ultrashort laser pulses to induce a current in a crystal and to control the direction of electron flow via the electric field of light (Nature 3 January 2013, Vol. 493).

Light waves and their electromagnetic fields oscillate at rates on the order of a million billion times per second. In principle then, light can be employed to modulate the behavior of charged particles, such as electrons, in solid-state matter at similar rates. In the near future, our growing knowledge of electron motions optically modulated at optical frequencies may well lead to new developments in high-speed techniques for the investigation of condensed matter. Furthermore, the use of light to direct electron flows may lead to a new era of optoelectronics, marked by a drastic reduction in switching times and a concomitant increase in the performance of electronic circuits, enabling computations to be carried out at optical frequencies.

“Ultrafast, laser-based technologies give us the chance to develop the technology of the future,” says Vladislav Yakovlev. “Now, we must consider how to make the best use of our insights and expertise.” Yakovlev and his colleagues hope that the use of precisely shaped optical fields to control electron flows will usher in a new era in electronics. Thorsten Naeser

Figure caption:
Light waves and their electromagnetic fields oscillate at rates on the order of a million billion times per second. In principle then, light can be employed to modulate the behavior of charged particles, such as electrons, in solid-state matter at similar rates.