Education, not income, the best predictor of a long life 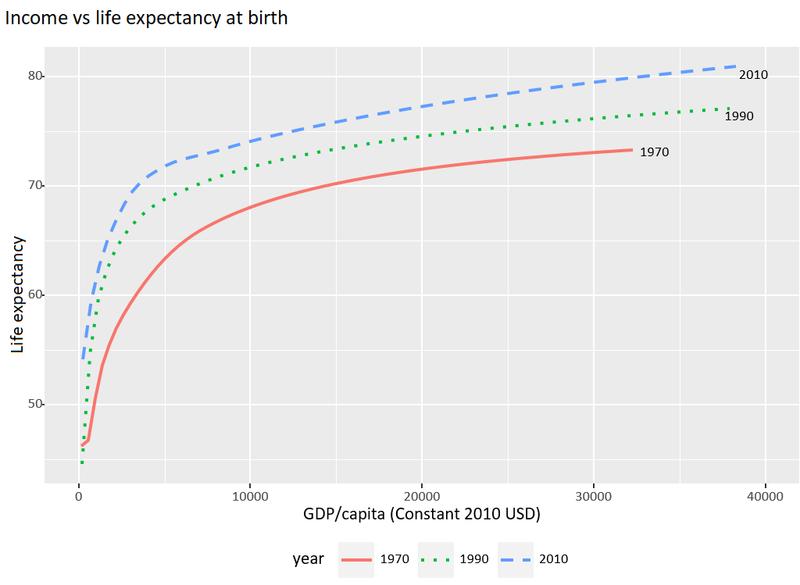 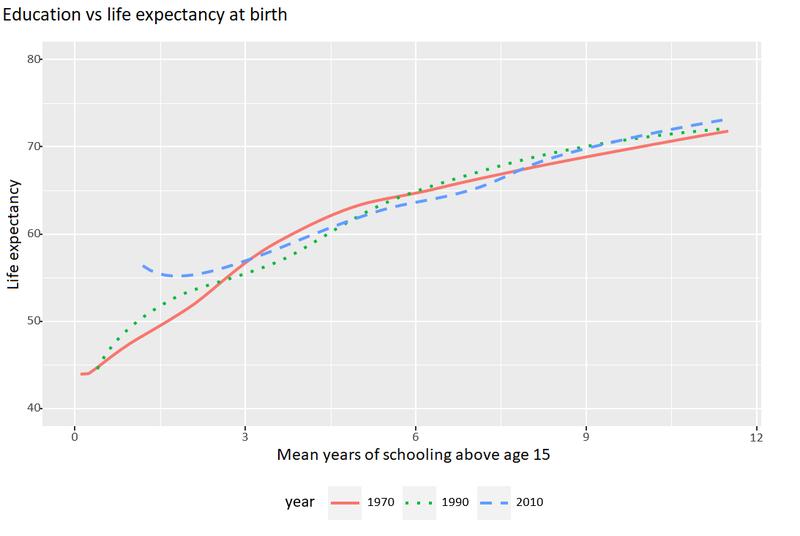 Rising income and the subsequent improved standards of living have long been thought to be the most important factors contributing to a long and healthy life. However, new research from Wolfgang Lutz and Endale Kebede, from IIASA and the Vienna University of Economics and Business (WU) has shown that instead, the level of education a person has is a much better predictor of life expectancy.

In 1975, Samuel Preston developed the Preston Curve, which plotted the GDP per person on the horizontal axis against life expectancy on the vertical axis. The curve shows a clear but flattening upward trend in life expectancy with increasing GDP. The curves also shift upwards over time which has been explained by better healthcare.

In 1985, John Caldwell and Pat Caldwell suggested instead that lowered mortality resulted from better female education. In their new paper, Lutz and Kebede used global data from 174 countries from 1970-2015 to test the two hypotheses. Whether income or education is more important for improving health and life expectancy is an important question for policymakers deciding where to direct funding.

Lutz and Kebede also plotted life expectancy against the mean years of schooling of the adult population. The curve created is much more linear, suggesting that education is a much better predictor. There is no upward shift of the curve requiring explanation by other factors. Data was subject to multivariate analyses to validate the findings. The same link was found when the curves were adjusted for child mortality.

The researchers point out that better education leads to improved cognition and in turn to better choices for health-related behaviours. Recent decades have seen a shift in the disease burden from infectious to chronic diseases, the latter of which are largely lifestyle-related. As time goes on, the link between education and better health choices, and therefore life expectancy, will become even more apparent.

“This paper is more radical than previous analyses in terms of challenging the ubiquitous view that income and medical interventions are the main drivers of health. It even shows that the empirical association between income and health is largely spurious,” says Lutz.

Previous lines of research at the Wittgenstein Centre, a collaboration between IIASA, WU and the Vienna Institute of Demography, have emphasised the importance of improving education for poverty eradication and economic growth, as well as the ability to adapt to climate change. These findings further back up the call for improved access to education.

The apparent link between health and income found by Preston can be explained by the fact that better education results in both better health and higher incomes.

“The findings matter for the entire global health research community, and they matter for everybody in global development and deciding on funding allocations for the different aspects of development,” says Lutz, adding that funding quality education for all around the world should be a much higher priority.

About WU:
WU (Vienna University of Economics and Business) is one of the largest universities of economics and business in the European Union and has been awarded the prestigious AACSB, EQUIS, and AMBA accreditations. Excellent results in independent international rankings, for example the Financial Times Ranking, are a further indicator of WU’s outstanding quality and international reputation. Research is a key part of WU’s academic identity and a prerequisite for its research-led teaching. In their work, WU’s researchers focus not only on business and economics, law, and socioeconomics, but also on the socially, ecologically, and culturally relevant questions we as a society are faced with today. www.wu.ac.at

About Wittgenstein Centre (IIASA, VID/ÖAW, WU):
The WIC is a collaboration among the World Population Program of the International Institute for Applied Systems Analysis (IIASA), the Vienna Institute of Demography of the Austrian Academy of Sciences (VID/ÖAW) and the Demography Group of the Vienna University of Economics and Business (WU). The Wittgenstein Centre aspires to be a world leader in the advancement of demographic methods and their application to the analysis of human capital and population dynamics. In assessing the effects of these forces on long-term human well-being, we combine scientific excellence in a multidisciplinary context with relevance to a global audience. http://www.oeaw.ac.at/wic/