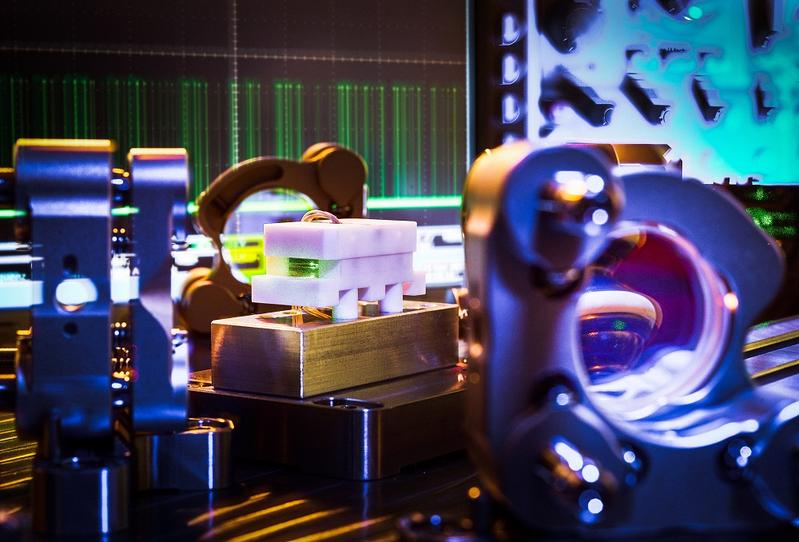 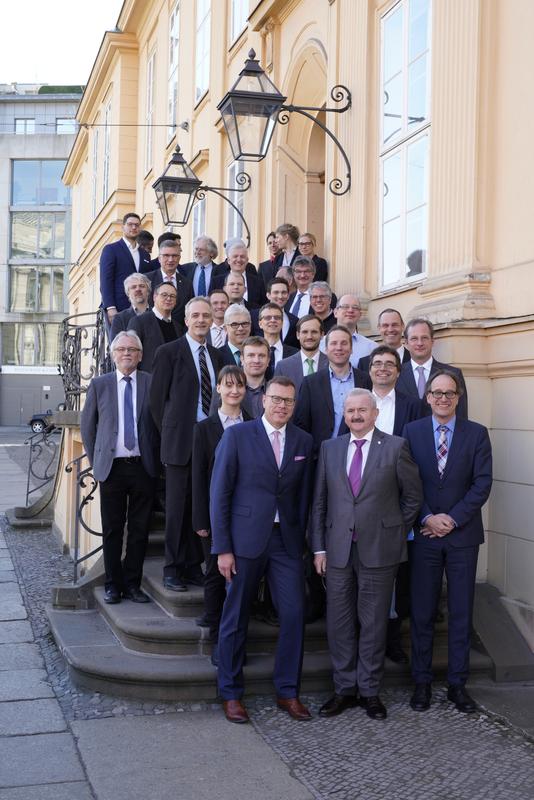 Selected preparation, control and use of individual photons and quantum states for modern applications – in October 2017, six Fraunhofer Institutes launched a new lighthouse project: QUILT (Quantum Methods for Advanced Imaging Solutions). The scientists at the Fraunhofer Institute for Laser Technology ILT have begun to develop robust, marketable photon sources for imaging processes based on quantum technology. Conceivable areas of application can be found in medical or measuring technology, in which new areas of the electromagnetic spectrum can be tapped and the limits of imaging extended.

Silicon-based transistors, lasers and GPS are indispensable in today’s life. These are just a few of the many applications that emerged from a first generation of quantum technologies using collective particle phenomena in quantum physics. A “second quantum revolution” will open up new possibilities: quantum physical systems of single particles, e.g. photons, can now be manipulated for targeted and future use in various applications.

In the QUILT Lighthouse Project, six Fraunhofer Institutes are bundling their scientific expertise and technological know-how in the field of quantum imaging to transfer new findings from basic research into market-oriented applications. Prof. Andreas Tünnermann, director of the Fraunhofer Institute for Applied Optics and Precision Engineering IOF, and Prof. Karsten Buse, director of the Fraunhofer Institute for Physical Measurement Techniques IPM, are coordinating the joint project, which is funded by the Fraunhofer-Gesellschaft. The project kick-off was on March 1, 2018 in Berlin and the project will last three years.
“One goal of the Lighthouse Project is to evaluate quantum-technological concepts that are currently still in the early stages of development in view of their market and application potential and to develop rewarding approaches as to their technological maturity,” explains Dr. Bernd Jungbluth, group manager at Fraunhofer ILT. Each of the project partners will be investigating specific, largely untapped wavelength ranges and working closely with world-renowned groups from basic research, e.g. with the Institute of Quantum Optics and Quantum Information of the Austrian Academy of Sciences and the Max Planck Institute for the Science of Light.

The scientists of Fraunhofer ILT are aiming for mid-infrared wavelengths (MIR) for use in future quantum imaging. In this area, which is also called the “fingerprint area”, many substances have characteristic absorption lines. However, suitable detectors are technically complex, expensive and limited by low sensitivity. Nevertheless, thanks to the phenomenon of entanglement, corresponding photons can be used for measurements in the fingerprint region. For this purpose, a nonlinear optical crystal – a crystal with special physical properties – is excited with a laser. In this process, individual photons of the laser are converted in a parametric process into pairs of entangled photons, which can have different wavelengths. Entangled means that the two photons generated are considered to be a single quantum system and their properties are, therefore, highly correlated. When a property of one of the two partners is measured, properties of the second partner can immediately be known.

Fraunhofer ILT is currently developing a SPDC (spontaneous parametric down-conversion) source for generating entangled photons, built and characterized for later quantum imaging. The source will produce a signal wave that can be easily detected with silicon technology and a second wavelength in the MIR for interaction with the object to be measured. The characteristics of such a source result from the design in conjunction with suitable material, geometry and beam parameters. Decisive for applications is not necessarily high power or a large photon flux at a certain wavelength, but a high pair rate and a good correlation of the photons generated.
Fraunhofer ILT has already acquired a great deal of know-how on parametric processes and materials it has developed, such as Optical Parametric Oscillators (OPO). Since the materials are well-understood, they will be designed as very thin crystals for new quantum technologies so that only a few photons are lost through absorption in the material. Florian Elsen, project manager for QUILT at Fraunhofer ILT, explains: “Quantum imaging with low photon numbers could enable better signal-to-noise ratios compared to traditional measurement situations, or applications in which high intensities are detrimental”.
In addition to an understanding of parametric processes and tailor-made optics design, implementing the technology is crucial for marketing and utilizing quantum optical systems. Here, too, Fraunhofer ILT has a wealth of experience and robust technology platforms, for example from the development of satellite-based lasers and OPOs for climate research. In the field of quantum technologies, the institute will mainly focus on creating systems that are not only compact, but also robust. In QUILT, the scientists are therefore developing processes to better write optical waveguides with ultrashort laser pulses. On this basis, integrated interferometers for imaging and spectroscopy in the fingerprint area are being implemented. “With parametric photon sources, integrated optics and packaging processes, we can develop a broad portfolio of solutions. In addition to imaging, these also include cross-sectional technologies for applications in quantum communication or quantum computing, for example”, says Dr. Arnold Gillner, head of the competence area “Ablation and Joining” at Fraunhofer ILT and sub-project manager in QUILT.

Perspectives of Quantum Photonics at the AKL'18

You can get further information on the potential of quantum photonics for applications at the “AKL'18 – International Laser Technology Congress” in Aachen: Current results will be presented by Prof. Ronald Hanson from QuTech, Dr. Robert Rölver of the Robert Bosch GmbH and Dr. Thierry Debuisschert of Thales Research & Technology on May 4, 2018 in the session “Laser Beam Sources”.