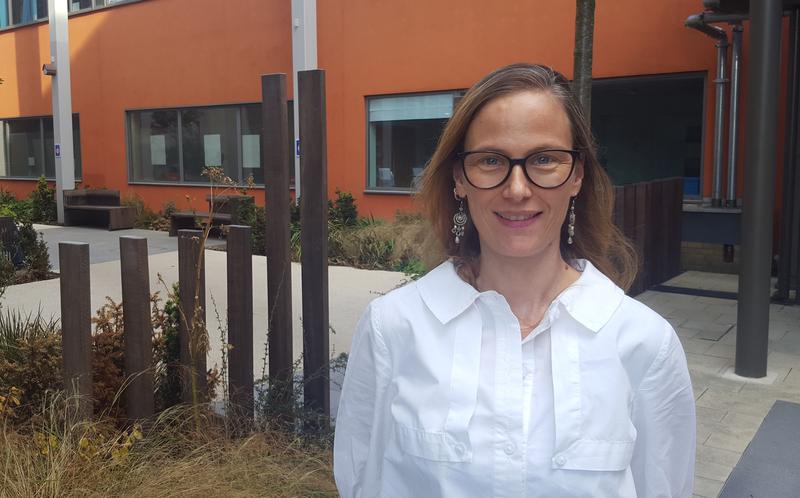 Dr. Claudia Langenberg of the University of Cambridge is one of five scientists to win this year’s Helmholtz International Fellow Award. As well as receiving 20,000 euros in prize money, the German doctor and epidemiologist has been invited to undertake a period of research at the Helmholtz Zentrum München.

“Claudia Langenberg is known for her research on genetic causes of insulin resistance, type 2 diabetes and related metabolic disorders,” explains Dr. Gabi Kastenmüller, acting head of the Institute of Bioinformatics and Systems Biology. Both she and Professor Annette Peters, Director of the Institute of Epidemiology at the Helmholtz Zentrum München, nominated Claudia Langenberg for the award. “We are already collaborating on the most extensive study to date investigating genetic effects on metabolism and subsequent disease outcomes. We look forward to intensifying and deepening this mutually beneficial cooperation.” The handover of the prize in Munich is scheduled for mid-November.

As her name suggests, Claudia Langenberg’s roots lie in Germany. Born in Munich, she received a medical degree and a PhD in Medicine from the University of Münster in Northern Germany. After clinical training, she obtained an MSc in Epidemiology from the London School of Hygiene and Tropical Medicine, and a PhD in Epidemiology from University College London. In 2016, she completed specialist training in Public Health and the following year was appointed program leader at the Medical Research Council‘s Epidemiology Unit at the University of Cambridge, where she previously worked and helped to coordinate the EPIC-InterAct study. Currently, she lives in London with her husband and two young daughters.

“Claudia Langenberg’s team integrates multi-omic data to better understand genetic factors underlying the risk of type 2 diabetes, which is also a research focus here at the Helmholtz Zentrum München,” Annette Peters says. “Much of her work uses large-scale datasets combining international population-based studies. We are now pleased to bring together the relevant expertise across national borders.”

The epidemiologist has been involved in more than 250 scientific studies and has published in top-ranking journals. She played a leading role in setting up international consortia such as MAGIC (Meta-Analysis of Glucose and Insulin-related traits Consortium) and COMETS (Consortium of Metabolomics Studies). Claudia Langenberg was Editor-in-Chief of the ‘Generation Genome’ report of the Chief Medical Officer of England. In 2018, the UK government established the National Genomics Board, tasked with implementing the report’s recommendations and restructuring genomic medicine within the National Health Service (NHS) in England.

“I am very honored to receive this distinguished award, which I regard as international recognition of the team’s work and achievements. The award provides a stimulus to integrate our research even more closely with that of our scientific colleagues in Munich," says laureate Langenberg. “I look forward to meeting the broader Helmholtz community in November and rediscover Munich, a city I have a very special connection to.”

The other Helmholtz International Fellow Awardees 2018 are Peter Bauer (Deputy Director, European Centre for Medium-Range Weather Forecasts, UK), Richard James Saykally (Professor, Dept. of Experimental and Theoretical Physical Chemistry, University of California, Berkeley, USA), Melinda Darby Dyar (Senior Scientist, Planetary Science Institute, USA) and Nils Mårtensson (Professor, Dept. of Physics and Astronomy, Uppsala University, Sweden). This prize, financed by the Helmholtz President’s Initiative and Networking Fund, was first awarded in 2012. Since then, the Executive Committee has selected researchers nominated by Helmholtz institutions twice a year. The current award winners were chosen on June 26, 2018. In autumn 2018, five more researchers will be selected through a second round of nominations. The deadline for applications for the next round of awards is September 28, 2018. The selection will then take place at the Executive Committee meeting on November 7, 2018. You can find more information on the website of the Helmholtz Association: https://www.helmholtz.de/en/current_topics/press_releases/article/artikeldetail/helmholtz_international_fellow_award_presented_to_five_excellent_scientists/

The Helmholtz Zentrum München, the German Research Center for Environmental Health, pursues the goal of developing personalized medical approaches for the prevention and therapy of major common diseases such as diabetes and lung diseases. To achieve this, it investigates the interaction of genetics, environmental factors and lifestyle. The Helmholtz Zentrum München is headquartered in Neuherberg in the north of Munich and has about 2,300 staff members. It is a member of the Helmholtz Association, a community of 18 scientific-technical and medical-biological research centers with a total of about 37,000 staff members. www.helmholtz-muenchen.de/en