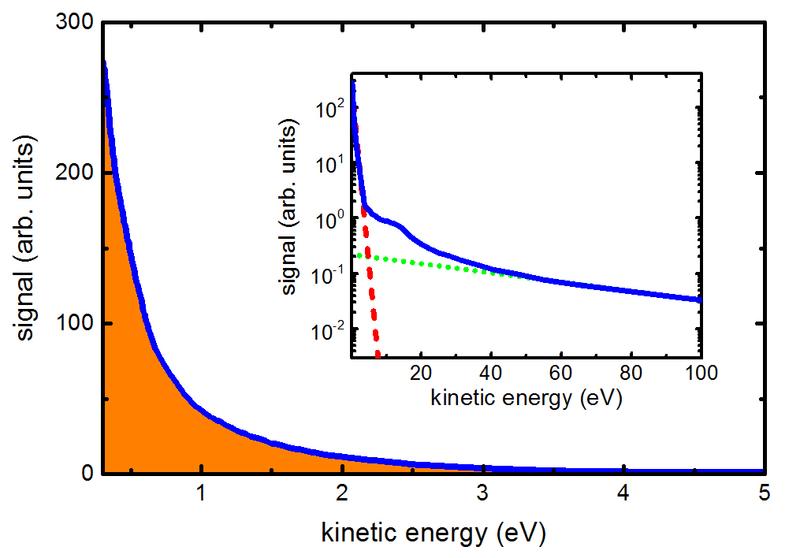 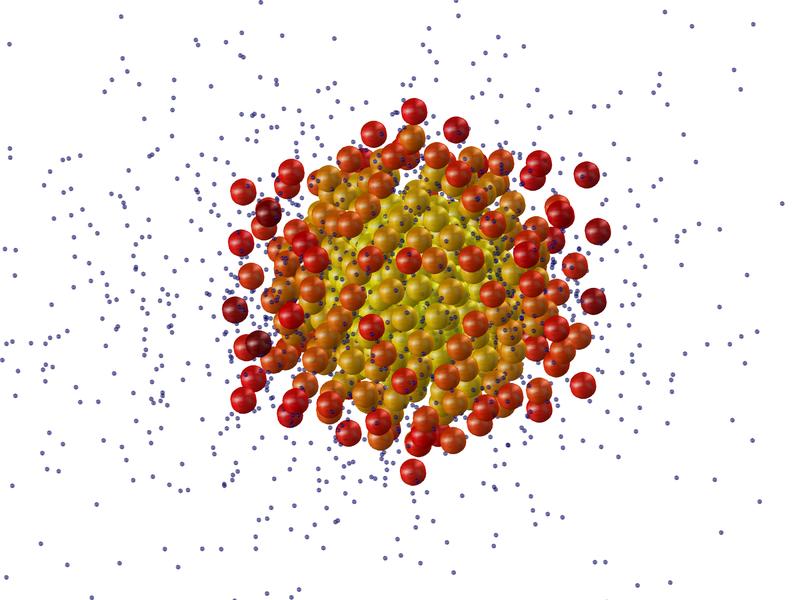 For the past 30 years intense laser cluster interactions have been seen primarily as a way to generate energetic ions and electrons. In surprising contrast with the hitherto prevailing paradigm, a team of researchers has now found that copious amounts of relatively slow electrons are also produced in intense laser cluster interactions. These low-energy electrons constitute a previously missing link in the understanding of the processes occurring when an intense laser pulse interacts with a nanoscale particle, a situation that is highly relevant for the in-situ imaging of biomolecules on ultrashort timescales.

When a nanoscale particle is exposed to an intense laser pulse, it transforms into a nanoplasma that expands extremely fast, and several phenomena occur that are both fascinating and important for applications. Examples are the generation of energetic electrons, ions and neutral atoms, the efficient production of X-ray radiation as well as nuclear fusion. While these observations are comparably well understood, another observation, namely the generation of highly charged ions, has so far posed a riddle to researchers. The reason is that models predicted very efficient recombination of electrons and ions in the nanoplasma, thereby drastically reducing the charges of the ions.

A team of researchers from the Imperial College London, the University of Rostock, the Max Born Institute, the University of Heidelberg and ELI-ALPS have now helped to solve this riddle. Tiny clusters consisting of a few thousand atoms were exposed to ultrashort, intense laser pulses. The researchers found that the vast majority of the emitted electrons were very slow (see Fig. 1). Moreover, it turned out that these low-energy electrons were emitted with a delay compared to the energetic electrons.

Lead scientist Dr. Bernd Schütte, who performed the experiments at Imperial College in the framework of a research fellowship and who now works at the Max Born Institute, says: "Many factors including the Earth's magnetic field influence the movement of slow electrons, making their detection very difficult and explaining why they have not been observed earlier. Our observations were independent from the specific cluster and laser parameters used, and they help us to understand the complex processes evolving on the nanoscale."

In order to understand the experimental observations, researchers around Professor Thomas Fennel from the University of Rostock and the Max Born Institute simulated the interaction of the intense laser pulse with the cluster. "Our atomistic simulations showed that the slow electrons result from a two-step process, where the second step relies on a final kick that has so far escaped the researchers' attention", explains Fennel. First, the intense laser pulse detaches electrons from individual atoms. These electrons remain trapped in the cluster as they are strongly attracted by the ions. When this attraction diminishes as the particles move farther away from each other during cluster expansion, the scene is set for the important second step. Therein, weakly bound electrons collide with a highly excited ion and thus get a final kick that allows them to escape from the cluster. As such correlated processes are quite difficult to model, the computing resources from the North-German Supercomputing Alliance (HLRN) were essential to solve the puzzle.

The researchers found the emission of slow electrons to be a very efficient process, enabling a large number of slow electrons to escape from the cluster. As a consequence, it becomes much harder for highly charged ions to find partner electrons that they can recombine with, and many of them indeed remain in high charge states. The discovery of the so-called low-energy electron structure can thus help to explain the observation of highly charged ions from intense laser cluster interactions. These findings might be important as low-energy electrons are implicated as playing a major role in radiation damage of biomolecules - of which the clusters are a model.

Senior author Professor Jon Marangos, from the Department of Physics at Imperial, says: "Since the mid-1990's we have worked on the energetic emission of particles (electrons and highly charged ions) from laser-irradiated atomic clusters. What is surprising is that until now the much lower energy delayed electron emission has been overlooked. It turns out that this is a very strong feature, accounting for the majority of emitted electrons. As such, it may play a big role when condensed matter or large molecules of any kind interact with a high intensity laser pulse."

Fig. 1: The electron kinetic energy spectrum from Ar clusters interacting with intense laser pulses is dominated by a low-energy structure (orange area). The inset shows the same spectrum on a logarithmic scale, indicating an exponential behavior both for the slow electron emission (red curve) and for the fast electron emission (green curve).
Phase Image