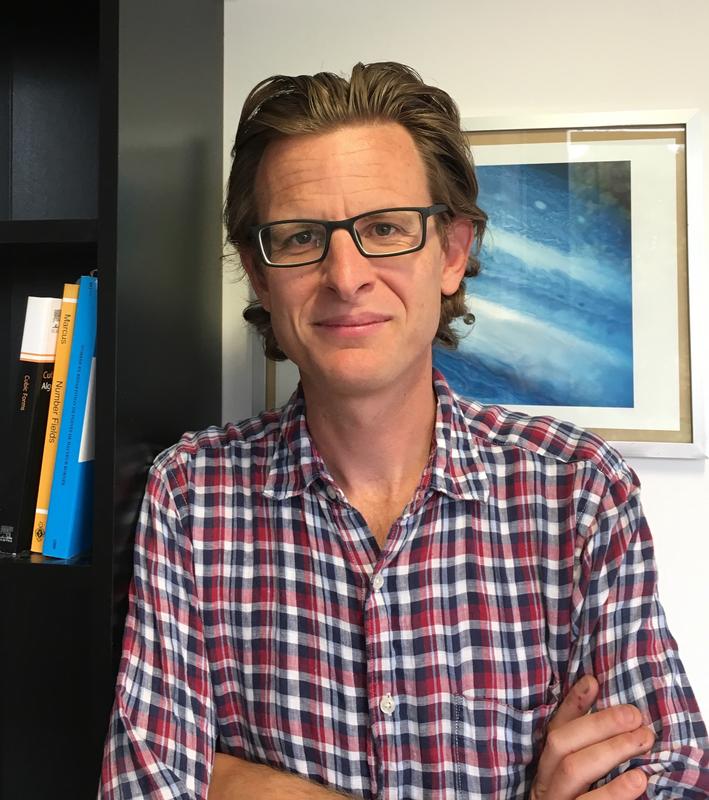 In August 2018, Tim Browning joined the Institute of Science and Technology Austria (IST Austria) as the Institute’s newest professor of mathematics. This brings the mathematics faculty at IST Austria to 9, and the entire faculty to 49. Previously a professor at the University of Bristol, Browning’s research focuses on analytic number theory and how this field can be used to approach problems in other areas of mathematics, especially algebraic geometry. He has received numerous awards and honors for his work, including the Whitehead Prize and the Philip Leverhulme Prize.

Browning received his PhD in mathematics from the University of Oxford in 2002, then continued his research as a postdoc, first in Paris and later in Oxford. In 2005, he joined the University of Bristol as a lecturer, and was later promoted to reader, then professor in 2012. This summer, he moved to join IST Austria, as the result of various motivations. In addition to the possibilities for collaboration, both with mathematicians—such as Tamas Hausel and Uli Wagner—and across disciplines, the Institute’s founding principles served as a powerful attractor. “Curiosity-driven research is at the center of IST Austria’s ethos—it’s what makes joining this venture so exciting,” says Browning. And it’s not just the research and facilities: “The location is excellent,” he adds. “Mathematics describes patterns in nature and the forest surrounding the Institute is both beautiful and inspiring. Yet the institute is well-connected, with the international city of Vienna an easy bus-ride away.”

Browning’s research focuses on analytic number theory, a field that recently received further attention through one of the 2018 Fields medalists, with an emphasis on Diophantine equations. “Many of these problems are so simple to state, and yet, we’ve been unable to solve them for hundreds or thousands of years. That is what I find so intriguing about this field,” Browning explains. He works to understand the possible solutions to particular equations, and to uncover any structure among them. This research has deep connections to a variety of other fields, from geometry to complex analysis. Tools and ideas from other fields, such as algebraic geometry and additive combinatorics, have led to advances and new questions in number theory and vice-versa.

Tom Henzinger, President of IST Austria, is enthusiastic about the Institute’s new hire: “Tim Browning complements the research interests of our current faculty, and broadens the range of the already strong mathematics groups at IST Austria. I am delighted to welcome him to the Institute, and look forward to his future successes.”