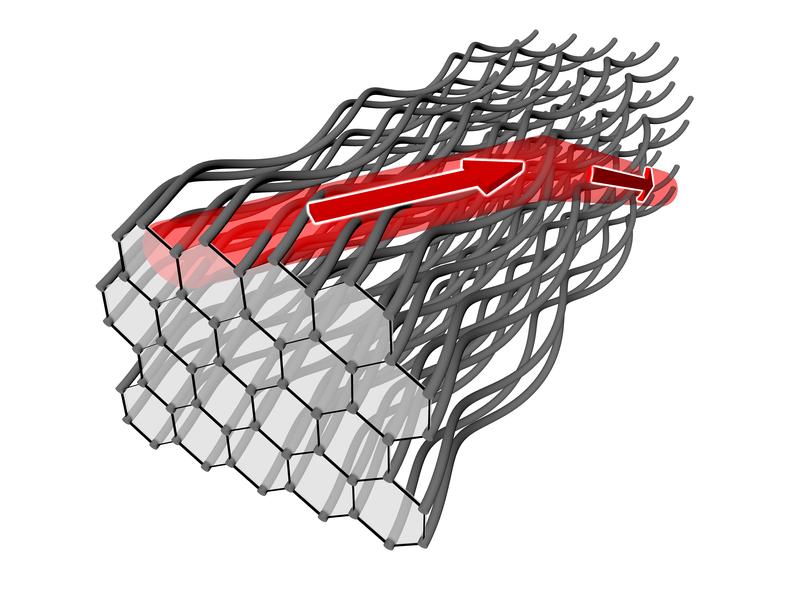 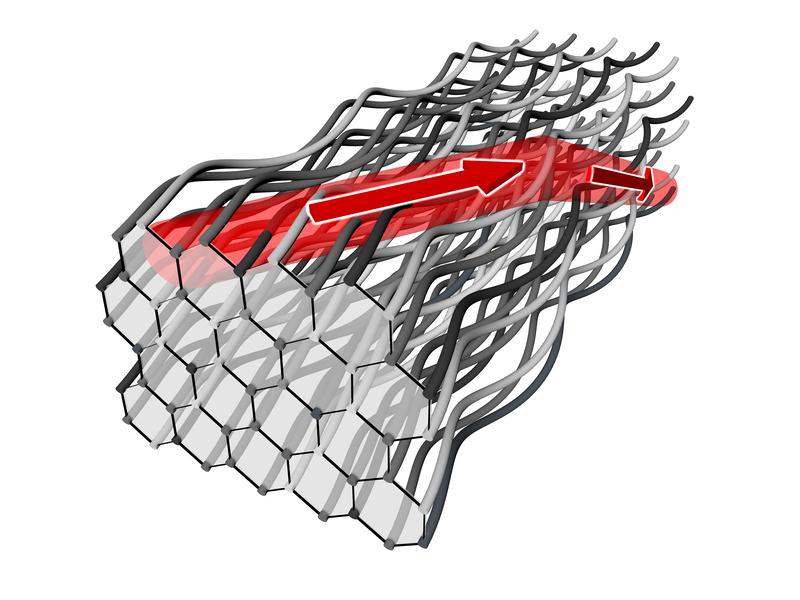 As the journal Nature reported recently, a research group led by the Rostock physicist Professor Alexander Szameit, in collaboration with colleagues in Israel and the U.S., experimentally demonstrated that a messy topological insulator can be restored in its properties by inducing random disorder.

Research on insulators with topologically protected surface conductivity – in short: topological insulators – is currently in vogue. Topological materials may be able to replace semiconductor technology in the future.

Topological insulators are characterized by remarkable electrical properties. While these structures have insulating properties in their interior, their conductivity on the surface is extremely robust – to such a degree that in principle an electron current, once introduced, would never cease to flow: one speaks of a "topologically" protected current. Analogous to a stream of electrons, which are half- integer spin particles, so-called fermions, the principle of the topological insulator also works with light particles, so-called bosons, having integer spin.

The properties of a topological insulator are generally stable and persist even when disorder is added. Only a very large disorder in the regular structure can cause the conductive properties on the surface to vanish, resulting in a normal insulator. For photonic topological insulators, this regime of very large disorder means that no light at all can pass through the interior of such a structure, nor can it be transmitted on the surface.

In 2009, Chu, Jain, and Shen theoretically investigated electronic topological insulators with quite extraordinary properties. The starting point of their considerations was a normal insulator, which does not conduct electricity. In their numerical simulation, they showed that the characteristic properties of topological insulators – interior insulation and perfect conductance along the surface (edge) – can be generated by introducing random disorder of the structure. This hypothesis has thus far never been proven in an experiment.

In the August 23 issue of Nature, this hypothesis for electrons in solids was experimentally demonstrated for light waves by an international team of scientists based at the University of Rostock (Germany), the Technion (Israel), as well as Penn State University and the University of Maryland (U.S.). After extensive theoretical considerations and numerically complex simulations, an experimental design was implemented. Using light waves, the researchers showed that a non-topological system becomes topological when random disorder is added: no light is transmitted through the interior of the structure, but light flows over the surface in a unidirectional fashion.

The photonic topological system was fabricated by using focused laser pulses with enormous energy densities in the gigawatt range, engraving waveguides into a high-purity fused-silica glass medium. The waveguides were arranged in a honeycomb graphene structure. These parallel waveguides, which guide the light like glass fibers, are in this case designed not as straight lines but as helical lines, so that the propagation of the light in the forward direction corresponds to a clockwise screw and in the reverse direction a counterclockwise screw. This creates the diffraction properties of a topological insulator, where light circulates around the circumference of the helical array of waveguides in a single direction, and in a way that is immune to disorder such as a missing waveguide (Fig. 1). However, when the helical honeycomb lattice is systematically modified so that the refractive index of adjacent waveguides is slightly different, the topological properties are destroyed: the light no longer flows on the surface in a unidirectional manner (Fig. 2). When a random disorder is added on top of this modified structure, the topological properties are fully recovered (Fig. 3).

In the experimental setup, light from a red Helium Neon laser is coupled into the waveguide structure. At the other end of the waveguide structure, a camera detects whether light is transmitted through the structure or is transmitted on the surface. In a first experiment, the refractive indices of every adjacent waveguides were made to differ by two ten thousandths. Thus the conductive properties of the topological structure were completely destroyed: no light could be detected behind the structure. But what happens if further disorders are added to the existing disorder?

In a second experiment, the waveguides were prepared in such a way that irregularly distributed differences in the refractive indices of all waveguides were added to the existing regular disorder of adjacent waveguides. Contrary to the expectation that in the event of further disorder in the topological structure the purely insulating properties would be retained and it would remain dark in the sample, the second experiment showed light conduction across the surface. Light could indeed be detected at the edge.

“These findings shed new light onto the peculiar properties of topological insulators,” said Professor Alexander Szameit, principal investigator of the Rostock group and lead author of the publication. “This shows that using photonics, we have opened the door to understanding disordered topological insulators in a completely new way. Photonic topological systems could potentially be a route to overcoming parasitic disorder in both fundamental science and real-world applications.” Professor Mordechai Segev of the Technion added: “The first photonic topological insulator for light was realized in 2013 through collaboration between my group, where the research was led by Mikael Rechtsman and Yonatan Plotnik, and the group of Alex Szameit (at that time in Jena, Germany). Two years later, Mikael Rechtsman and my young colleague Netanel Lindner wrote a theory paper that envisioned the current experiment. And now the experiment has become a reality through the efforts of Alex’s students in a beautiful paper which we all collaborated on. It is fascinating to see how this new field is being led by a group of young, very talented people like Mik, Netanel, Alex and their students, in three different countries.”