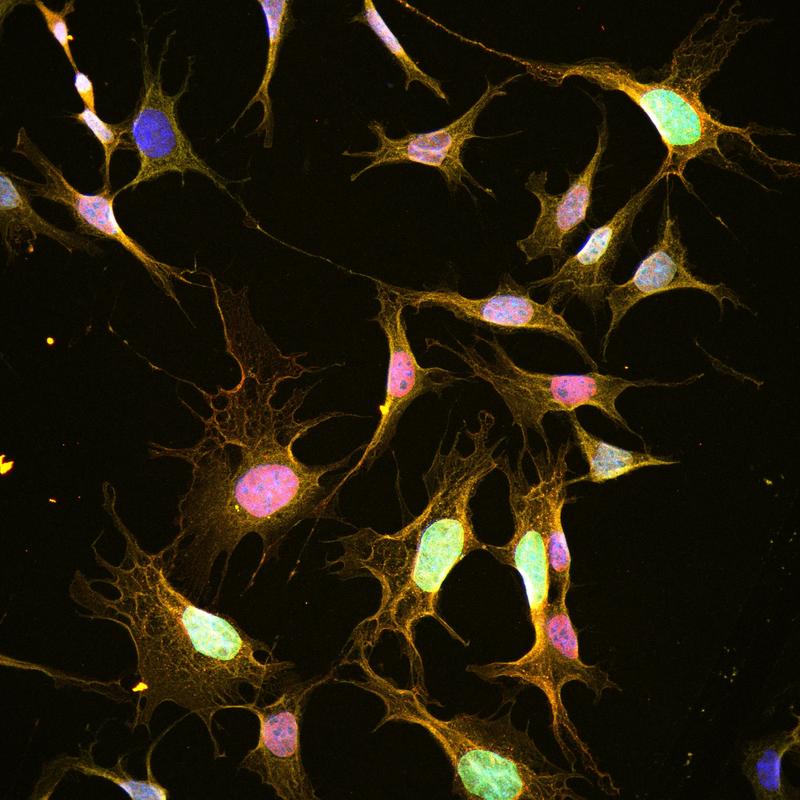 A plant-derived substance widely used in traditional Chinese medicine has demonstrated promising weight loss effects. The findings of a study conducted by scientists at the Helmholtz Zentrum München, a partner of the German Center for Diabetes Research (DZD), have now been published in the journal ‘Diabetes’. If this substance called Celastrol also proves effective in clinical trials, it could offer a new option for the treatment of obesity.

According to the guidelines for the prevention and treatment of obesity issued by the German Association for the Study of Obesity (DAG), patients should aim to lose between five and ten percent of their body weight per year depending on their body mass index. However, despite the huge amount of dietary and lifestyle choices available, only few people reach their weight loss goal. “Yet, breaking through this ‘magical barrier’ is so important, as it leads to an improvement in metabolism and accompanying metabolic diseases such as type 2 diabetes,” explains Dr. Paul Pfluger, last author and head of the current study.

He and his team in the Neurobiology of Diabetes department at the Helmholtz Zentrum München have now succeeded in contributing to the development of new anti-obesity drugs by demonstrating that Celastrol leads to significant weight loss and also to an improvement in diabetes in obese mice.

Compound ‘switches on’ sensation of fullness

The researchers were able to prove that Celastrol activates specific satiety centers in the brain which play a key role in controlling body weight. Katrin Pfuhlmann, PhD student and first author of the study, explains the effect: “Celastrol reactivates the body’s own mechanisms for controlling weight that would otherwise be switched off in obese individuals. Normally those affected lose that feeling of fullness because the respective hormone – leptin – no longer has any effect. Celastrol, the compound we examined, restores leptin sensitivity and thus the sense of satiety.”

The researchers in fact observed a significant change in eating habits among overweight animals. “The administration of Celastrol resulted in a much lower intake of food,” reports Paul Pfluger. “Correspondingly, we observed an average loss of about ten percent in body weight within one week.”

The extent to which the findings will be validated in humans remains unclear, the authors say, but Dr. Pfluger expresses confidence. “Since the satiety hormone leptin has an almost identical effect in humans and mice, Celastrol has great potential,” he says. While Celastrol will not replace the changes in eating habits and lifestyle that are necessary in order to lose weight, it could support patients in their efforts to achieve permanent weight loss. “Relevant clinical trials are currently taking place in the United States, and we eagerly await the initial results,” Dr. Pfluger concludes.

Background:
The paper thus validates a study conducted in 2015 and gives insight into how Celastrol works. The scientists were able to demonstrate the mechanism via leptin by observing leptin receptor-deficient mice. In this case, Celastrol did not have any effect. Moreover the paper excludes another possible mechanism via uncoupling protein 1 (UCP1).

Leptin is a hormone produced by adipose tissue. When leptin receptors are activated in the brain, they produce a feeling of fullness (satiety). Although leptin is present in high concentrations in the blood of adipose mice and humans, leptin resistance prevents it from activating the receptors. Ultimately, this leads to an inability to regulate food intake, with the familiar consequences such as obesity and type 2 diabetes.

Celastrol is produced by Tripterygium wilfordii from the south of China. So far, the compound was known for its anti-inflammatory properties.

The Helmholtz Zentrum München, the German Research Center for Environmental Health, pursues the goal of developing personalized medical approaches for the prevention and therapy of major common diseases such as diabetes, allergies and lung diseases. To achieve this, it investigates the interaction of genetics, environmental factors and lifestyle. The Helmholtz Zentrum München is headquartered in Neuherberg in the north of Munich and has about 2,300 staff members. It is a member of the Helmholtz Association, a community of 18 scientific-technical and medical-biological research centers with a total of about 37,000 staff members. www.helmholtz-muenchen.de/en

The Research Unit NeuroBiology of Diabetes (NBD) at Helmholtz Zentrum München studies the role of the central nervous system (CNS) as potential common denominator for obesity and diabetes type 2. NBD, which is associated with the IDO and part of the HDC and DZD, aims to understand the exact molecular underpinnings for leptin resistance and weight cycling and our adaptive physiological response to changes in the environment. www.helmholtz-muenchen.de/nbd

The German Center for Diabetes Research (DZD) is a national association that brings together experts in the field of diabetes research and combines basic research, translational research, epidemiology and clinical applications. The aim is to develop novel strategies for personalized prevention and treatment of diabetes. Members are Helmholtz Zentrum München – German Research Center for Environmental Health, the German Diabetes Center in Düsseldorf, the German Institute of Human Nutrition in Potsdam-Rehbrücke, the Paul Langerhans Institute Dresden of the Helmholtz Zentrum München at the University Medical Center Carl Gustav Carus of the TU Dresden and the Institute for Diabetes Research and Metabolic Diseases of the Helmholtz Zentrum München at the Eberhard-Karls-University of Tuebingen together with associated partners at the Universities in Heidelberg, Cologne, Leipzig, Lübeck and Munich. www.dzd-ev.de/en/index.html