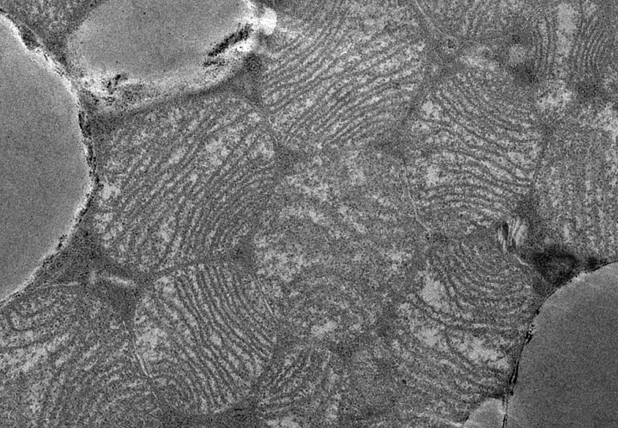 In most cases, severe obesity leads to secondary diseases such as diabetes, cardiovascular diseases and cancer. A reduction of excessive weight is therefore the best way to avoid further disorders. Scientists from the Max Planck Institute for Metabolic Research in Cologne, the Medical University in Vienna and the Syddansk University in Odense, Denmark are conducting research into the function and regulation of brown fat cells, as they burn a great deal of calories and are therefore ideal as endogenous cells for weight reduction therapies.

In humans and mammals, a general distinction is made between at least two different types of fat depots, white and brown fat tissue. The former is much more common in the human body, stores fat, and is preferably located in the commonly known pads on the abdomen, buttocks and thighs. In case of increased energy demand, the body can fall back on these depots. Brown fat, on the other hand, burns energy while releasing heat, which is why babies have a lot of it. However, the number of these cells decreases steadily after the newborn age and in cases of obesity.
"Brown adipose tissue has been identified as a way of helping with weight loss because it can burn large amounts of calories," explains Elena Schmidt, a PhD student in Jan-Wilhelm Kornfeld's research group in Cologne. 40-50 g of brown fat cells alone could burn 20% more calories. Therefore, an activation of the brown fat cells is a new way to lose weight.

A reactivation of the brown adipose tissue can be initiated by cold or medication. However, these drugs are rarely specific to the tissue or have strong side effects.
Schmidt, Kornfeld and Martin Bilban's research group at the Clinical Institute for Laboratory Medicine at the Medical University of Vienna have therefore concentrated on a previously unexplored aspect of brown fat cells. Long, non-coding RNAs (LncRNAs) have only recently been discovered and are very tissue-specific in the cells, which means that they have great potential as candidates for therapeutic approaches.

They found a LncRNA, H19, which plays an important role in the formation and function of brown fat cells. The scientists were able to show in mice that a high activity of H19 protected the animals from weight gain. "We were surprised to see that the animals with high H19 activity, even under a high-fat diet, hardly gained any more weight than their healthy mates," reports Bilban.

In addition, the researchers discovered another special feature. H19 controls a very rare class of genes that, unlike most genes in humans and mice, are inherited from only one parent (i.e. either the mother or the father). "One result of our research was that we observed that paternal genes tend to lead to obesity, while their maternal opponents ensure that the offspring remain slim," Kornfeld explains, adding: "We believe that we found a fundamental mechanism in which genes of the father and mother carry out a kind of tug-of-war in the genome of the offspring. Our work has only just begun here!"