“Contemporary Arabic literature is experimenting with many new formats” 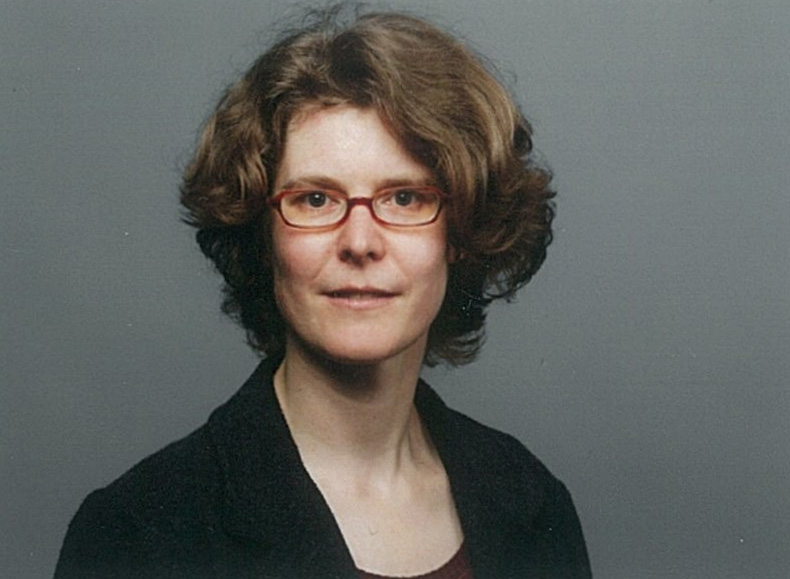 The Union Européenne des Arabisants et Islamisants (UEAI) will meet for the first time in Münster in September – Focus on Arabic literature in the context of changes to the media– “Literature and the arts facilitate discourse on highly contested issues such as war, colonialism and political repression – Keynote by Konrad Hirschler on “Conflict and Coexistence”

According to scholars in Arabic studies, contemporary Arabic literature is increasingly experimenting with new formats such as autofictional Internet blogs, graphic novels and science fiction. “The new genres and their authors have barely been noticed or published in the West,” says literary scholar Barbara Winckler from the Institute for Arabic and Islamic Studies at the University of Münster in the run-up to the annual conference of the internationally renowned Union Européenne des Arabisants et Islamisants (UEAI), to be held in Münster next week. “German publishers often shy away from Arabic literature that does not fit in to the usual pigeonholes. Western perceptions were long shaped by orientalising, exoticising expectations.” Contemporary literature, however, is one of the most important secular discourses in the Arab world, initiating as it does important political and social debates on highly contested issues of the past and present: “Since in most Arab countries there is a lack of critical public discourse, it is literature and the arts that enable people to address issues such as war, colonialism and political repression.” The UEAI conference at the University of Münster from 10-14 September will focus on Arabic literature, with Winckler organising a panel on shifts in literature against the background of changes to the media in different epochs.

“With the spread of the Internet and social media, new forms of expression and genres have developed in literature,” says Winckler, who is an expert in contemporary Arabic literature. “As publishing and reading have become easier with the web, new and sometimes less educated and established sections of the population have emerged as authors and readers.” In the period before the Arab revolutions, for instance, more and more people in Egypt began blogging on the Internet, while during the Israeli attacks on Lebanon in 2006, young artists also chose the blog as a means to reflect on the events and also to focus international attention. “The new genre of autofictional blogs emerged, which authors used to express themselves and their attitudes in a literary form, often supplemented by drawings or music, and some of these blogs were later published in book form.” This provides in a manner that is challenging both linguistically and aesthetically insights into the everyday life and the political attitude of a young generation who drove forward the protest movements of the ‘Arab Spring’. “Graphic novels from the Arab world also open up new insights,” says Winckler. Examples of such novels are the work of Zeina Abirached, who was born in Lebanon in 1981. Published in French, her books, such as Mourir partir revenir. Le jeu des hirondelles (2007, A Game for Swallows: To Die, To Leave, To Return) and Le piano oriental (2015, The Oriental Piano; not yet published in English), use powerful black-and-white drawings to depict everyday life in a civil war from a child’s perspective, and visualise Arabic-French bilingualism and life between two countries and cultures by also representing Arabic and Latin writing graphically.

“It is remarkable that documentary styles and dystopias increasingly emerged in the context of the ‘Arabellion’,” says Winckler. For example, activists, but also established authors, experimented in the context of the protest movement with a range of documentary forms, such as novel, diary and reportage: in Ismi thawra (2012, Revolution is My Name), Mona Prince describes her experience of the days of revolt that led to the fall of Mubarak. Descriptions of everyday life on Tahrir Square and discussions with friends and strangers on the street alternate with details on her Facebook status and reflections on her own position within the movement. An example of a dystopian work is the novel al-Tabur (2013) by the Egyptian author and psychiatrist Basma Abdel Aziz, which was published in English as The Queue. Without mentioning the events around Tahrir Square, its account of a repressive regime and a failed revolution can be understood as a critical comment on the current situation. “Most of the well-known writers tend to be left-wing or liberal anyway, and in the past were Marxist.” On the other hand, authors loyal to the regime are rare, although there are exceptions, such as Abd al-Razzaq Abd al-Wahid (1930-2015), a well-known Iraqi poet who wrote poems of praise for Saddam Hussein and still spoke positively about him long after his death.

“While poetry dominated Arabic literature for centuries, and was joined in the 20th century by novels and short stories, new forms are being tried out today.” Aesthetically and formally, modern Arabic literature – “and this is something that may surprise many Western readers” – is in essence not alien. “It is part of world literature and certainly follows global trends. Arab authors have usually been educated in a similar canon to their Western colleagues, and they know Western works and discourses. But they also know the culture of their region. They are at home in both traditions and do not regard European literature, say, as ‘alien’.” Conversely, says Winckler, Europe has also opened up to Arabic literature over the past 20 years. Far more Arabic books have been translated and published than before, and also into German. “Among them many bestsellers from the Arab world (the ranking of books is a new phenomenon there, by the way), such as The Yacoubian Building (2002) by the Egyptian author and activist Alaa Al-Aswany, and Girls of Riyadh (2005) by the young Saudi author Rajaa Alsanea.” Such works are often considered in the West to be a “reflection of reality”. “They are published here because readers want to know more about the region, and aesthetic aspects hardly play a role – hence, more complex texts, such as those by the Lebanese author Hoda Barakat, are unable to find publishers.”

The 29th conference of the Union Européenne des Arabisants et Islamisants will take literature as its focus, with participants applying new approaches from cultural studies to Arabic literature of the premodern and modern periods, including concepts from mediality and literature. The epoch-spanning panel with Barbara Winckler will discuss how the form and function of literature change as a result of media change, which new actors and audiences emerge, and how “old” and “new” media relate to each other – whether they compete, coexist or even complement each other, for example. One focus will be the medium of the journal, which since the 19th century has been one of the most important forums for social and aesthetic debates in the Arab world. The papers in the panel will deal with discussions on Arabic prose poetry in Egyptian journals of the early 20th century; with reflections on art and aesthetics in Beirut in the 1950s; with the form and the social environment of intellectual avant-garde journals; and with how speeches or cultural events in society are translated into the print media and have a community-building effect. Other issues include changes to publishing strategies in Egypt under the slogan, “From paperback to Facebook”; the practice of storytelling in Morocco; how poems are modified when they are set to music and performed on stage; and Kalila wa-Dimna, one of the oldest Arabic works in book form, which deals with the functions of the book within the book. (vvm)

Around 100 Arabic studies scholars from European universities are expected to attend the 29th conference of the Union Européenne des Arabisants et Islamisants (UEAI) at the University of Münster from 10 to 14 September 2018. Founded in 1962, the UEAI is one of the most influential associations in the discipline. The conference is held every other year in a different European city, and will be held in Münster in 2018 for the first time. The conference title is “Conflict and Coexistence”. The Berlin-based scholar in Islamic studies, Konrad Hirschler, will give a keynote paper with the title “Conflict and Coexistence Materialised: The Case of Non-Islamic Binding Fragments in Arabic Manuscripts during the Crusading Period” on Monday, 10 September, in room JO1, Johannisstr. 4 in Münster. The conference is organised by the Institute for Arabic and Islamic Studies at the University of Münster in cooperation with the Cluster of Excellence “Religion and Politics”.
At the conference, members will exchange views on current research in all fields of Arabic and Islamic studies: literature and linguistics, history, theology, philosophy, and the natural sciences of the premodern period. The conference in Münster will focus on premodern and contemporary Arabic literature, which has long been the focus of research for the Institute for Arabic and Islamic Studies at the University of Münster. One example is the research carried out on the Mamluk period at the Leibniz Prize Research Centre “Arabic Literature and Rhetoric 1100-1800” (ALEA), led by the scholar of Arabic studies and Leibniz Prize winner Thomas Bauer from the Cluster of Excellence. (exc/vvm)