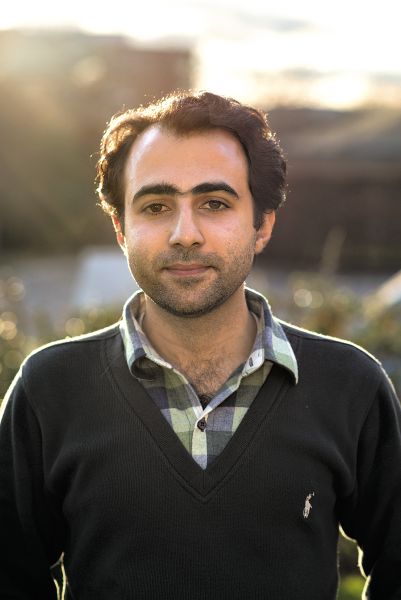 Dr. Moein Esghaei is a scientist in the Cognitive Neuroscience Laboratory at the DPZ. | Quelle: Photo: Kevin Windolph | Download 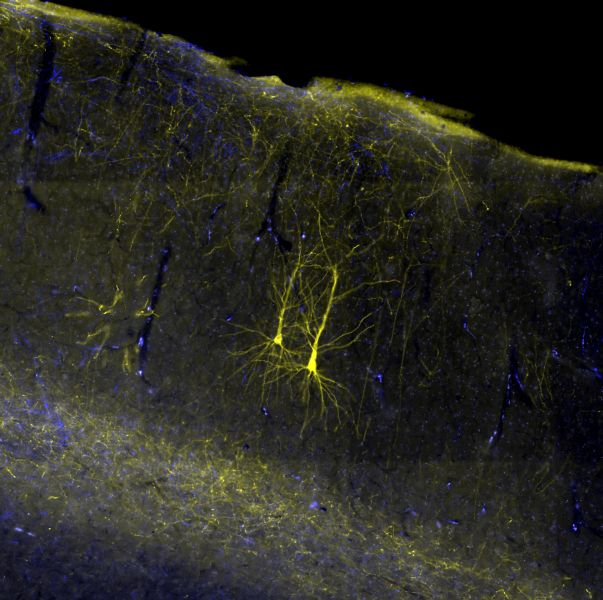 Silence in the concert hall. The conductor raises the baton and the strings begin. They play the first four bars of Mozart's "A Little Night Music". All together they play a single melody, which is probably one of the best known in the music world. Then the voices divide. Different string instruments play separate melodies and the "Little Night Music" thus becomes a complex work of art. Scientists from the German Primate Center (DPZ) – Leibniz Institute for Primate Research in Göttingen and Institute for Research in Fundamental Sciences in Tehran, Iran, recently discovered in a study with rhesus monkeys that nerve cells assume the role of musicians in visual perception in our brain. Usually many cells are active together (synchronously) when they process simple stimuli from our environment. The researchers were able to show that visual attention desynchronizes these nerve cells’ activity and thus enables more complex information processing. Such insights into the neural mechanisms of attention in the healthy state may provide evidence of mechanisms underlying neuronal diseases such as attention deficit hyperactivity disorder (ADHD) or autism (BMC Biology).

Neuroscientists Moein Esghaei, Mohammad Reza Daliri and Stefan Treue measured the activity of individual neurons in the visual cortex of rhesus monkeys. Using very thin microelectrodes this painless technique allows to study the activity of a large number of neurons, while the animals actively perform a perception task. The activity of these nerve cell populations can be measured as continuous fluctuating signals over a broad frequency spectrum in the extracellular spaces. This is called local field potential. The pulses generated by the individual cells (action potentials) are coupled to these field potentials.

Using novel signal processing techniques, the scientists discovered that the instantaneous state of the fluctuating population activity plays a critical role in determining how independent each neuron is from its neighbors. They found that attention makes the neuronal activity more independent of the fluctuations. “Attention decouples neurons from each other, allowing individual neurons to fire more independent and therefore enrich the stimulus representation, just as playing different parts and melodies allows an orchestra to play more complex music,” explains Stefan Treue, Professor of Cognitive Neuroscience at the University of Göttingen and head of the Cognitive Neuroscience Laboratory at the German Primate Center.

The detailed knowledge of how the brain of rhesus monkeys enables attention and other complex cognitive functions allows conclusions to be drawn about the processes in the human brain. The synchronized activity of neurons plays a critical role for the perception of humans and other primates. Understanding how exactly this synchrony is controlled, not only helps better understand the underlying neural correlates of conscious perception, but also may enable us to gain a better understanding of physiological deficits underlying disorders that involve attention control and perception, such as ADHD, Autism and Schizophrenia.

“Our results open a new understanding of how information processing in the local neural circuits of the primate brain is controlled,” said Moein Esghaei, first author of the study. “In future studies we will investigate how neural fluctuations are generated to control individual neurons.”