About risks and side-effects of pesticides 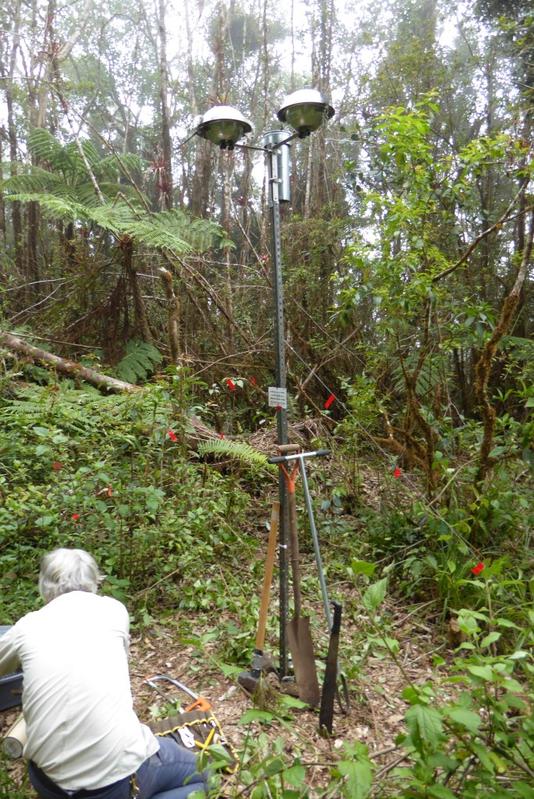 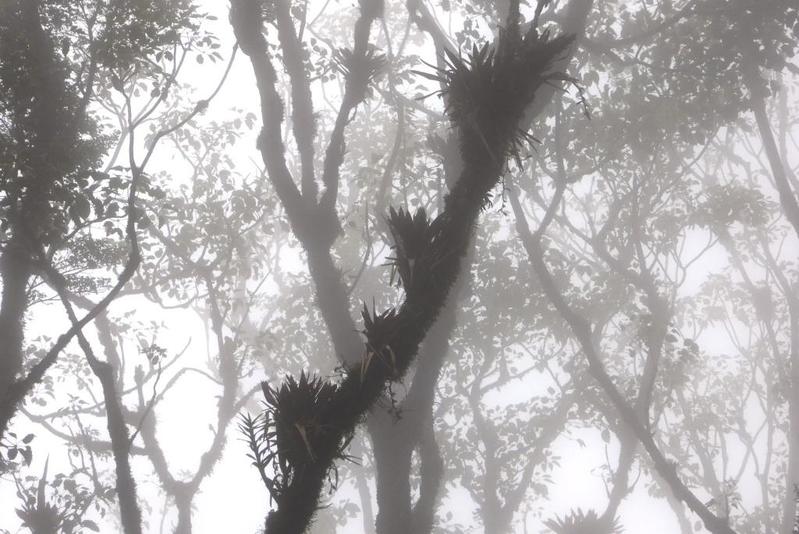 Bromeliads on a tree in the moutain rain forest of Costa Rica. Even in this remote place, pesticides used in more than one hundered kilometers distance could be identified. | Quelle: Carsten Brühl | Download
❮ ❯

In April of this year, the EU decided to ban the use of three common neonicotinoids in the field. The negative effects on pollinating insects were too severe. By contrast, the approval of glyphosate, a weed killer, was extended for a further 5 years in mid-December 2017. Both decisions were accompanied by a major public discussion.

Prof. Dr. Johann Zaller from the University of Natural Resources and Applied Life Sciences in Vienna (BOKU) and Dr. Carsten Brühl from the University of Koblenz-Landau will discuss the effects of pesticides on so-called "non-target species" with colleagues from research and authorities in a session at the 48th Annual Meeting of the Society for Ecology of Germany, Austria and Switzerland (GfÖ).

Dr. Franz Streissl from the European Food Safety Authority (EFSA) and Dr. Dirk Süßenbach from the German Federal Environment Agency (UBA) will start the discussion. They present proposals for improved approval procedures and points out additional research needs. From an ecological point of view, there are some important gaps in the approval of new active substances: substances and their effect on target species and other organisms are only tested individually. In practice, however, several different active substances are usually combined in so-called treatment regimes or spray series. In addition, there is still a need for research on the role of pesticides in the decline of biodiversity due to the intensification of agricultural practice. It is still unclear how large the relative share of pesticides is compared to other factors such as landscape structures or monocultures. More sustainable plant protection will therefore only be possible with an improved assessment procedure, optimised risk management and additional research.

An important aspect in the discussion about the use of pesticides is that many of the pesticides applied to the fields do not remain in the field but are transported to distant places by surface runoff, seepage or wind. Ecotoxicologist Dr. Carsten Brühl from the University of Koblenz-Landau has impressive examples of such long-distance transports: the detection of pesticides in the mountain rainforest of Costa Rica, the detection of pesticide residues in frogs in the U.S. National Parks of the Sierra Nevada or their detection in the glacial water of the Alps, each more than one hundred kilometres away from intensively used cultivation areas. However, the exact effects of these substances on ecosystems have not yet been investigated. However, since some of the pesticides have hormone-like effects, sublethal effects such as effects on reproduction are possible.

Christoph Leeb from the University of Koblenz-Landau is investigating the contact and effects of pesticides on amphibians in his doctoral thesis, in which he recorded, among other things, the migration of common toads in vineyards. The animals often use man-made small water bodies between agricultural areas. Since the cultivation of vineyards is associated with a very high use of pesticides, the sensitive amphibians are highly likely to be exposed to harmful substances on their migrations after spawning. In order to protect the toads, existing regulations on the use of pesticides would have to be adapted for this period.

Even highly specific biological substances can cause considerable damage through indirect effects. Stefanie Allgeier from the University of Koblenz-Landau is investigating the effects of Bacillus thuringiensis israelensis (Bti) on food webs in wetlands. Bti is a widely used means of combating mosquitoes. In contrast to tropical countries, mosquitoes in Germany are mainly a nuisance, but not a carrier of deadly diseases. However, Bti also has a deadly effect on non-biting midge larvae (Chironomidae), which are completely harmless to humans but an important source of food for other animals. Despite Bti's selective mode of action, the larvae of Chironomidae are also considerably reduced (~50%) in the control of mosquitoes, which takes place primarily in protected areas. This means that impairment of the aquatic and terrestrial food webs in wetlands cannot be ruled out.

Glyphosate, a weed killer, can also have a direct, sometimes deadly effect on amphibians and other animals (honey bees, lacewings, spiders, earthworms). Prof. Dr. Teja Tscharntke from the University of Göttingen gives an overview of the direct and indirect consequences of the use of glyphosate, which occur at many different levels of the food chain. Glyphosate at its usual dose is toxic to bacteria and mycorrhizal fungi in the soil - organisms that otherwise promote plant growth. Glyphosate also keeps fields free of wild herbs between cultivation phases, which means that an important habitat and sometimes essential food plants for numerous insects and other invertebrates are missing. This also affects many breeding bird species that no longer find sufficient protein-rich food for their offspring during the breeding season.

Conversely, active substances that are supposed to kill parasites in farm animals can also have consequences for plants. Dr. Carsten Eichberg from the University of Trier and his colleagues found negative effects of deworming agents on the germination rates of the typical grassland plabrown knapweed (Centaurea jacea), lady‘s bedstraw (Galium verum) and ribwort plantain (Plantago lanceolata). The seeds of many grassland species are eaten by grazing animals during feeding, and then come into contact with deworming agents during gastrointestinal passage. If the seeds survive digestion, they are also exposed to medication in the manure. It was already known from earlier investigations that manure from sheep and cows decomposed considerably slower after the administration of deworming agents because the drugs are toxic for the insects involved in the decomposition. However, there is now also reason to fear direct effects on the composition of plant communities on pastures.

Last but not least, the use of pesticides is not always the more economical decision, as Dr. Urs G. Kormann (Bern University of Applied Sciences & Oregon State University) and his colleagues have shown with tree plantations in Oregon, USA. Although the use of herbicides increased the expected harvest, it did not necessarily increase the profit. Depending on how the time value of the money invested was evaluated, the use of herbicides could both increase and decrease the profit. The trade-off between biodiversity and profitability disappeared the higher the discount rate, i.e. the greater the entrepreneurial risk.

The first lecture of the session "Non-target effects of pesticides" will be held by Dr. Carsten Brühl on Tuesday, September 11, 2018 at 17:45 in the Audimax. After two further presentations, the session will be continued on Wednesday morning at 10:00 a.m. in lecture hall 1.

The 48th Annual Meeting of the Society for Ecology of Germany, Austria and Switzerland will take place on 10-13 September 2018 in Vienna under the motto "Ecology - meeting the scientific challenges of a complex world". An international scientific audience will discuss the latest results of ecological research in various subject areas. Two of the highlights this year are the lecture by Dr. Martin Sorg on insect mortality (Hallmann et al. 2017, PLOS one, doi: journal.pone.0185809) and the public lecture by Prof. Dr. Klement Tockner on the domestication of our waters.

Links to resources:
48th Annual Meeting of the Ecological Society of Germany, Austria and Switzerland:
https://www.gfoe-conference.de/

For more information about this session and/or to arrange an interview with any of the speakers, please contact the organisers of the session or the speakers directly:
Prof. Dr. Johann Zaller, BOKU Wien, Email: johann.zaller@boku.a
(Author of the book „Unser täglich Gift. Pestizide. Die unterschätzte Gefahr“, Deuticke Verlag 2018)
Dr. Carsten Brühl, University of Koblenz-Landau, Email: bruehl@uni-landau.de, Tel: +49 6341 280-31310

High-resolution images are available on request.

The 48th Annual Meeting of the Ecological Society of Germany, Austria and Switzerland is taking place at the “Alte Wirtschaftsuniversität (Alte WU)”, Augasse 2-6, in Wien, Österreich, from 10 to 14 September 2018. The full programme is available here:
https://www.gfoe-conference.de/index.php?cat=program

About the Gesellschaft für Ökologie
The Gesellschaft für Ökologie e.V. (GfÖ) represents ecologists working on basic research, applied aspects and education, mostly from Germany, Austria and Switzerland. It was founded in 1970 to support exchange among ecologists working on a wide range of topics and positions. The diversity of the society’s over 1,150 members is reflected in the GfÖ’s specialist groups, publications and annual meetings. www.gfoe.org | Facebook @gfoe.org | Twitter @GfOe_org