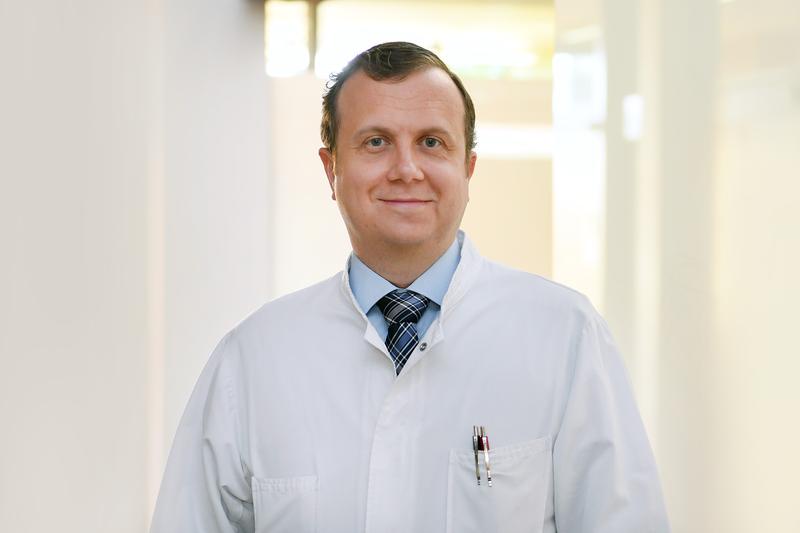 A team of researchers led by Prof. Lars Zender from the University Hospital Tübingen and German Cancer Consortium (DKTK) now elegantly demonstrated that the surrounding cellular environment with its dying liver cells determines the path taken by tumor cells. The results will be published in the prestigious journal Nature on September 12, 2018.

Liver cancer is the second leading cause of cancer death worldwide. Two different forms of primary liver cancer cover the majority of cases: About 10 to 20 percent of those affected develop a bile duct carcinoma within the liver (intrahepatic cholangiocellular carcinoma; ICC), the far higher proportion of liver cancers are hepatocellular carcinomas (HCC). In recent years, in particular, the number of patients with the highly invasive intrahepatic cholangiocellular carcinomas increased noticeably, although both tumor types show overlaps regarding their risk factors. A team of researchers led by Prof. Lars Zender from the University Hospital Tübingen and German Cancer Consortium (DKTK) now elegantly demonstrated that the surrounding cellular environment with its dying liver cells determines the path taken by tumor cells. The results will be published in the prestigious journal Nature on September 12, 2018.

While progress in early detection and treatment has led to a reduction in mortality for many other types of cancer, there has been a dramatic increase in mortality among patients who have cancer within the liver. Especially fatty liver, which is becoming increasingly common in western countries, now leads to chronically pre-damaged livers in many patients, which are a risk factor for liver cancer. Strikingly, patients with the same predisposition or liver damaging risk factors either develop hepatocellular carcinoma or intrahepatic cholangiocellular carcinoma.

Both cancers are different regarding their behavior and are also treated differently.
The microenvironment of cancer cells, and in particular, the special form of cell death occuring in this environment, proved to be decisive for the development of the respective type of cancer. The scientists showed that precursors of cancer cells in whose environment cells died by apoptosis, the classical cell death, developed into hepatocellular carcinoma. Precancerous cells, in whose environment cells died due to necroptosis, led to intrahepatic cholangiocellular carcinoma. In necroptosis, the cell membrane dissolves, and the cell content causes inflammation in the environment of the cancer cell, while in classical programmed cell death small vesicles are formed which are eliminated by the immune system.

The results could be verified both in mouse models and in human tissue samples. Cancer researcher Xin Wei Wang from the Laboratory of Human Carcinogenesis (Center for Cancer Research, National Cancer Institute, Bethesda, USA) contributed crucial human analysis data, and Oliver Bischof, a distinguished epigeneticists from the Institut Pasteur (Laboratory of Nuclear Organization and Oncogenesis) in Paris, unraveled how the microenvironment affects gene regulation in the cancer cell.

What do the findings mean for clinical practice? "Future research will have to investigate whether the direct cell environment affects not only the type of tumor development but also the therapy," says Professor Lars Zender. In the treatment of HCC with chemoembolization, it has already been observed that a part of the original liver cancer can turn into a bile duct carcinoma. This could be a reason why the cancer no longer responds to the original therapy. "We may be on the trail of a therapy resistance mechanism for liver cancer," explains the renowned oncologist and "we hope that the findings will inform novel therapeutic options in the future."

About the person
Born in Hanover in 1975, Lars Zender was a postdoctoral and clinical fellow at the Cold Spring Harbor Laboratory in New York after studying medicine in Hannover and working at Hannover Medical School as an assistant physician. In parallel to his clinical training he headed a research group at the Helmholtz Centre for Infection Research in Braunschweig and at Hanover Medical School (Dept. of Gastroenterology, Hepatology and Endocrinology). Hewas appointed junior professor of Gastrointestinal Oncology in Hanover in 2009. In 2012 he took over a W3 professorship in Tübingen and headed the clinical area of gastrointestinal oncology at the Department of Internal Medicine I (Gastroenterology, Hepatology, Infectiology) as a senior physician and division head.
Since October 1, 2016, he is Medical Director of the newly founded Department of Internal Medicine VIII (Clinical Tumor Biology and Phase I Unit) at University Hospital Tübingen, specializing in the treatment of advanced tumor diseases.
Zender received the German Cancer Award of the German Cancer Society in March 2013. In 2014, he was awarded the Gottfried Wilhelm Leibniz Prize of the German Research Foundation, endowed with 2.5 million euros. This makes the oncologist from Tübingen part of Germany’s research elite.