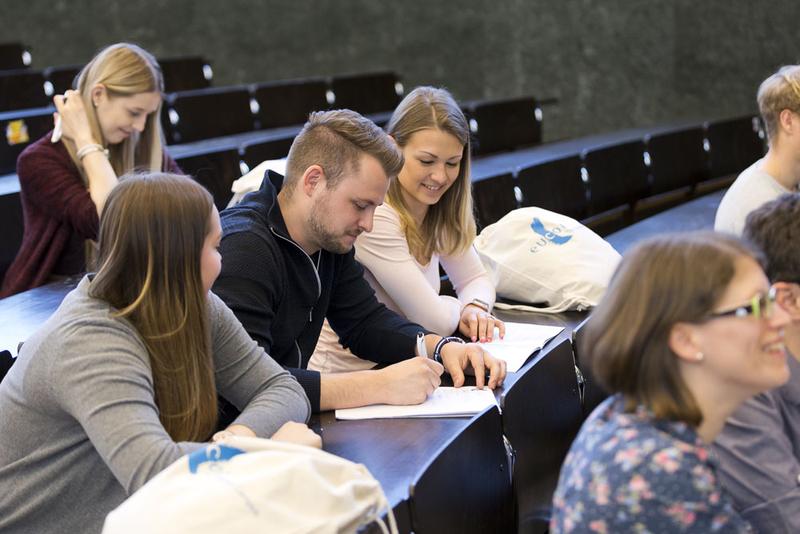 German language, literature, culture and history – the new degree program “German studies from a Franco-German perspective” will focus mainly on these areas. The subjects will be offered jointly by the Department of German at the University of Freiburg and the “Département d'études allemandes” at the University of Strasbourg. A unique feature of the course: The students focus on the German content from both German and French perspectives. After successfully completing their studies at both universities, they will receive both a “Bachelor of Arts” degree and a French “Licence.” The program starts either in Freiburg or Strasbourg. In their second year the courses take place at the University of Freiburg and in their third year at the partner university in France. In this way, students will also gain experience with two different national education systems and acquire skills that go beyond their studies by dealing with both German and French culture. The course of study always begins during the winter semester. Applications will be accepted until July 2019.

In-depth knowledge of French law, language and specialist terminology: In the course “Franco-German Law,” students can acquire the two titles “Master of Law” and “Master en droit” in addition to the state examination. The ten participants of each of the two universities will initially study for one year in Strasbourg and then one year in Freiburg. In a joint Franco-German seminar and a master's thesis in French, they deepen the comparative law studies. Well-founded knowledge of French legal language is becoming increasingly important, especially in the European context: French is one of the two languages of negotiation before the European Court of Human Rights in Strasbourg. The master program can either be completed as a first degree parallel to the state examination or as a supplement after completing a first-degree course. The course of study always begins during the winter semester. Applications will be accepted until May 2019.