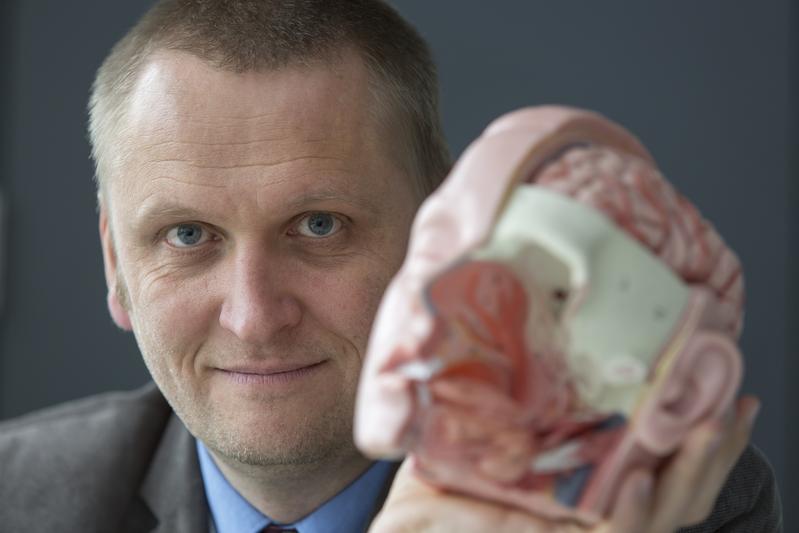 The Horizon2020 project MoreGrasp was headed by Gernot Müller-Putz, Head of the Institute of Neural Engineering at TU Graz | Quelle: ©Lunghammer - TU Graz 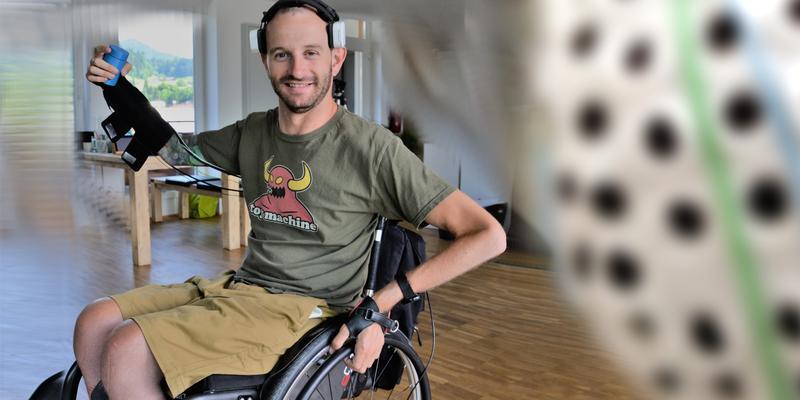 Research success for the MoreGrasp consortium: with the help of reprocessed brain signals the mental control of neuroprostheses will be considerably simplified in future | Quelle: ©MoreGrasp
❮ ❯

Getting a better grip on things: The MoreGrasp Horizon2020 research project under the leadership of TU Graz is coming to an end with significant results in the field of thought-controlled grasp neuroprosthetics. A large-scale feasibility study is underway.

The beginning of the MoreGrasp project was marked by the idea of a groundbreaking further development of grasp neuroprosthetics activated by thought control. The aim was to develop a sensoric grasp neuroprosthesis to support the daily life activities of people living with severe to completely impaired hand function due to spinal cord injuries. The motor function of the neuroprosthesis was to be intuitively controlled by means of a brain-computer interface with emphasis on natural motor patterns. After the three-year project period came to an end, the breakthrough was reported by the members of the project consortium led by Gernot Müller-Putz, head of the Institute of Neural Engineering at TU Graz, which include the University of Heidelberg, the University of Glasgow, the two companies Medel Medizinische Elektronik and Bitbrain as well as the Know Center.

Gernot Müller-Putz explains brain-computer interfaces as follows: ‘In tetraplegia all the circuits in the brain and muscles in the body parts concerned are still intact, but the neurological connection between the brain and limb is interrupted. We bypass this by communicating via a computer which in turn passes on the command to the muscles.’ The muscles are controlled and encouraged to move by electrodes that are attached to the outside of the arm and can, for example, trigger the closing and opening of the fingers. Previously, the researchers worked with arbitrary mental concepts. The important thing was the sufficient distinguishability of the produced brainwaves to control the neuroprosthesis. For instance, if the participant thought about raising and lowering their foot and the signal measured by the EEG opened the right hand, the subject then – for instance – would think of a movement of the left hand and the right hand would close again.

The MoreGrasp consortium developed this technique further – in particular the TU Graz research team – in the recently concluded project and created the paradigm shift. This mental ‘detour’ of any movement pattern so long as it is clearly distinguishable is no longer necessary, as Müller-Putz explains: ‘We now use so-called “attempted movement”.’ In doing so, the test subject attempts to carry out the movement – for instance, tries to grasp a glass of water. Due to the tetraplegia, the occurring brain signal is not passed on but can be measured by means of an EEG and processed by the computer system. Müller-Putz is extremely pleased with the success of the research: ‘We are now working with signals which only differ from each other very slightly, and nevertheless we manage to control the neuroprosthesis successfully. For users, this results in a completely new possibility of making movement sequences easier – especially during training. A variety of grips were investigated in the project: the palmar grasp (cylinder grasp, as for grasping a glass), the lateral grasp (key grasp, as for picking up a spoon), and opening the hand and turning it inwards and outwards.

End users can register on the special online platform – for linking up persons who are interested or affected – to enter the large-scale feasibility study which is intended to check compatibility in everyday life of the technique developed in the study. Participants eligible for the study will be tested according to a complex procedure. Afterwards, each test person will be provided with a tailor-made BCI training course which must be completed independently in sessions lasting several hours each week. In this way brain signals will be gathered and the system itself will learn during each experiment.

Project information and online registration for the feasibility study
http://www.moregrasp.eu/

This research area is anchored in the Field of Expertise "Human & Biotechnology ", one of five strategic research FoE of TU Graz.