Despite government claims, orangutan populations have not increased. Call for better monitoring 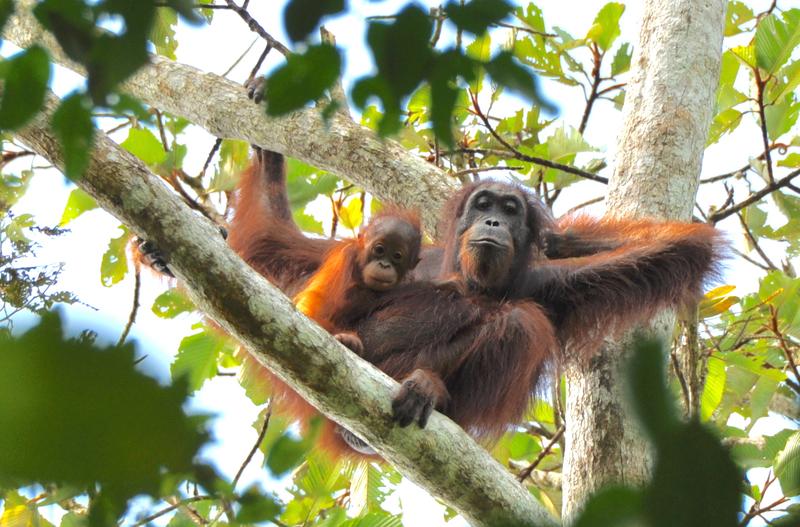 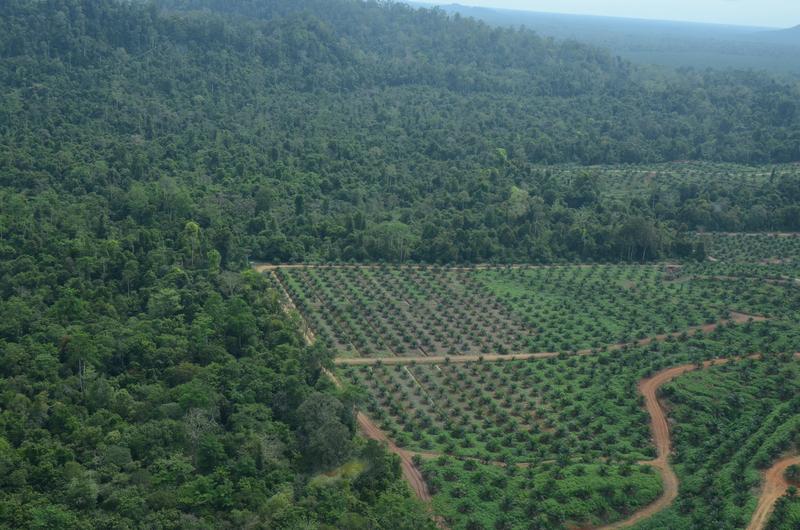 Forests are being converted into oil palm plantations. This is a major threat to orangutans. | Quelle: HUTAN-KOCP | Download
❮ ❯

Leipzig/Brunei. Orangutan populations are still declining rapidly, despite claims by the Indonesian Government that things are looking better for the red apes. In the journal Current Biology, a team of scientists including Maria Voigt of the German Centre for Integrative Biodiversity Research (iDiv) and the Max Planck Institute for Evolutionary Anthropology criticise the use of inappropriate methods for assessing management impacts on wildlife trends. The researchers call for scientifically sound measures to be employed in order to ensure that wildlife monitoring provides reliable numbers.

A recent report by the Government of Indonesia states that orangutan populations have increased by more than 10% from 2015 to 2017. These numbers are criticised in an article published in the current issue of Current Biology. Lead author Erik Meijaard from the Center of Excellence for Environmental Decisions at the University of Queensland and director of Borneo Futures in Brunei explains: “These numbers are in strong contrast with other recent publications about orangutan status and trends.”

According to the authors, over the past ten years alone, the number of Bornean orangutans has declined by at least 25%, representing a loss of more than 100,000 individuals since the year 1999. Sumatran orangutans and the recently described Tapanuli orangutan lost more than 60% of their forest habitat between 1985 and 2007, and their populations are expected to further decline by 11 to 27% until 2020.

The scientists reiterate that the latest scientific data show how the survival of the three orangutan species continues to be seriously threatened by deforestation and killing; all are “Critically Endangered” under the IUCN Red List.

How can there be such a mismatch between what the government states and what independent scientists have published about the orangutan conservation status? The paper’s authors offer a few suggestions:

The government monitoring methods focus on nine sampled populations. These populations represent less than 5% of the Bornean and Sumatran orangutan ranges, and zero percent of the Tapanuli orangutan range. All monitoring sites are within protected areas, whereas the majority of orangutans occur in non-protected lands like oil palm plantations, private gardens, community lands, and logging concessions. Habitat conditions and threats differ vastly across these and thus population trends observed in a few protected sites cannot credibly inform the status of all three species. The government-reported increases are also highly unlikely considering known reproductive rates and ongoing killing observed in many populations.

Senior author Maria Voigt of the iDiv research centre and the Max Planck Institute for Evolutionary Anthropology highlights the clear need to improve collaboration and data sharing between scientists and the Indonesian government authorities: “It appears that the government isn’t always aware of the latest published conservation science,” Voigt notes. “Both parties need to increase their engagement.”

According to Voigt, better collaboration between government, non-governmental organisations and scientists is especially important now that Indonesia is developing its new action plan for orangutan conservation for the years 2018 to 2027. “It is critical to ensure that the best data and methods are used to determine which conservation strategies should be applied and where,” Voigt explains. “The choice of possible conservation strategies, such as forest protection, law enforcement, education, community engagement or orangutan rescues and rehabilitation depends on local orangutan trends, survival rate and pressures. This is what science can bring to the table.”

“I am optimistic,” says first author Erik Meijaard. “I still believe that by bringing together science, policy, land-use and species management we can save the orangutan and prevent its extinction in the wild.”

And there is hope that this can help the remaining orangutans. The new moratorium on oil palm licenses by Indonesian President Jokowi, for example, presents a real opportunity for saving the 10,000 orangutans that currently occur in areas allocated to oil palm by giving them permanent forest protection status.

It does, however, require a change of conservation mindset. “We need to learn how to better manage and protect those populations that are found outside of formally protected areas,” Maria Voigt says. “An improvement of the status of the three orangutan species can only be achieved with the genuine collaboration and engagement of all parties that have a stake in these non-protected lands: the agriculture industry, local communities and local governments.”