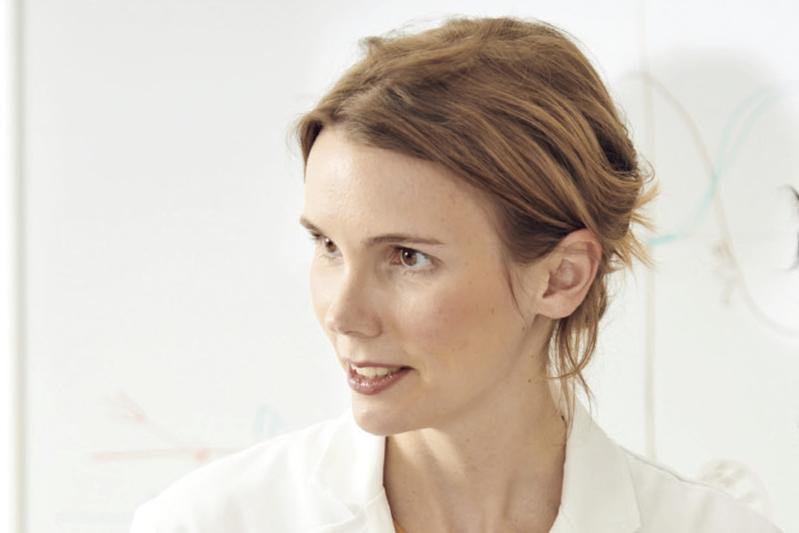 The award panel chose Lauriane Chomaz among 18 candidates as the strongest candidate based on her seminal experimental contributions to the understanding of many-body dipolar phenomena in highly magnetic quantum gases, including the observation of collective roton excitation.

Lauriane Chomaz, born in Orsay (France) in 1986 graduated in 2010 from l’Ecole Polytechnique (Palaiseau, France). She then undertook doctoral studies under the supervision of Professor Jean Dalibard and investigated the thermodynamics and the superfluidity of Bose gases constrained to bidimensionality. She obtained her Ph.D in 2014 from l’Ecole Normale Supérieure (Paris, France). During her PhD, she and her team observed for the first time the superfluid behavior of a 2D Bose gas and pioneered the investigation of the transverse condensation phenomenon occurring in uniform 2D Bose gases. For her work, she received the “For women in Science” national award from the L’Oreal Foundation and Unesco and the Hugot prize from the Hugot Foundation of the Collège de France. After six months as an associate researcher at Collège de France in which she extended her doctoral work by participating to the construction of the next generation of the experiment, she was hired in 2015 by the Institute for Quantum Optics and quantum Information of the Austrian Academy of Science to work as a post-doctoral fellow on the cold Erbium experiment in the group of Professor Francesca Ferlaino. In 2016 she has been awarded a Marie Sklodowska Curie fellowship from the European Union to pursue her work in the group and she is currently employed by the University of Innsbruck.

Dr. Chomaz and her team are now concentrating on different aspects of the physics of gases with dipolar interactions. In particular, this year, they have demonstrated for the first time the existence of a roton mode in dipolar quantum gases. This long-awaited observation paves the way for further researches into superfluidity and, potentially, the paradoxical supersolid phase.