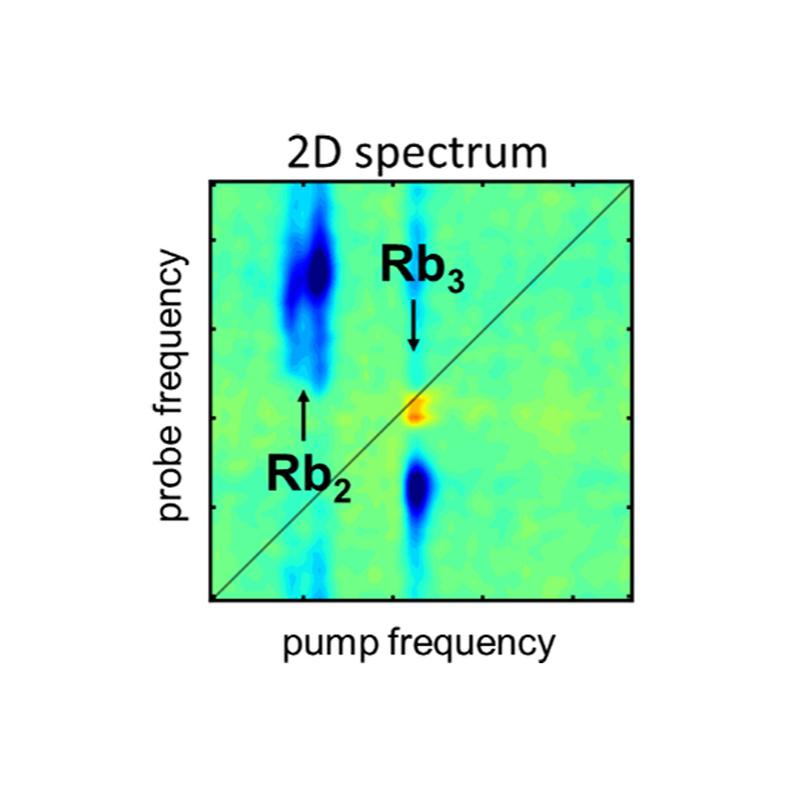 A research team headed by Prof. Dr. Frank Stienkemeier and Dr. Lukas Bruder of the University of Freiburg’s Institute of Physics has succeeded for the first time in applying 2D-spectroscopy to isolated molecular systems and thus in tracing the interactive processes at a molecular level more precisely. The team has published its results in the science journal “Nature Communications”.

Behind every natural process are processes at atomic and molecular levels. These often take place on very short time scales, often they are faster than a billionth of a second and are based on the interplay of many factors. Until now this has made it difficult to unencrypt the precise microscopic mechanisms such as the conversion of energy in photovoltaics or photosynthesis.

In this area of research coherent two-dimensional spectroscopy has been established, which involves ultra-short laser pulses being shot at the matter. This method has enabled researchers to follow the dynamics of corresponding processes, once the matter has absorbed the light. Two-dimensional spectroscopy provides a far greater amount of information than other methods, combined with a high time resolution in the range of femtoseconds – a femtosecond is the millionth part of a billionth of a second. However, for technical reasons, this method had until now been restricted to studying bulk liquid or solid material. “In previous experiments the samples were very complex, which made it extremely difficult to isolate individual quantum-mechanical effects and study them precisely. Our approach overcomes this hurdle,” explains Bruder, who headed the experiment.

In preparation for the experiment, the scientists produced superfluid helium droplets, which have no friction, in an ultrahigh vacuum. The droplets are only a few nanometers in size and serve as a substrate in which the researchers synthesize the actual molecular structures using a modular principle, in other words by combining molecular components one by one. These structures are then studied by means of 2D-spectroscopy. “In the experiments we combined various specific technologies which drastically improved the measurement sensitivity of the 2D-spectroscopy. Only by doing this was it possible for us to study isolated molecules,” explains Bruder.

In an initial study, the Freiburg scientists produced extremely cold molecules of the chemical element Rubidium in an unusual quantum state, whereby the atoms of the molecule are only weakly bonded, and analyzed their light-induced reactions under the influence of the helium environment. “Our approach opens up a range of applications, specifically in the field of photovoltaics or optoelectronics, and will eventually contribute to a better understanding of fundamental processes,” says Stienkemeier.

The 2D-spectroscopy research project was funded as part of the International Graduate School “CoCo”, which was established by the German Research Foundation, and the “COCONIS” project of the European Research Council (ERC).