Call for Nominations for the Klaus Töpfer Sustainability Fellowship 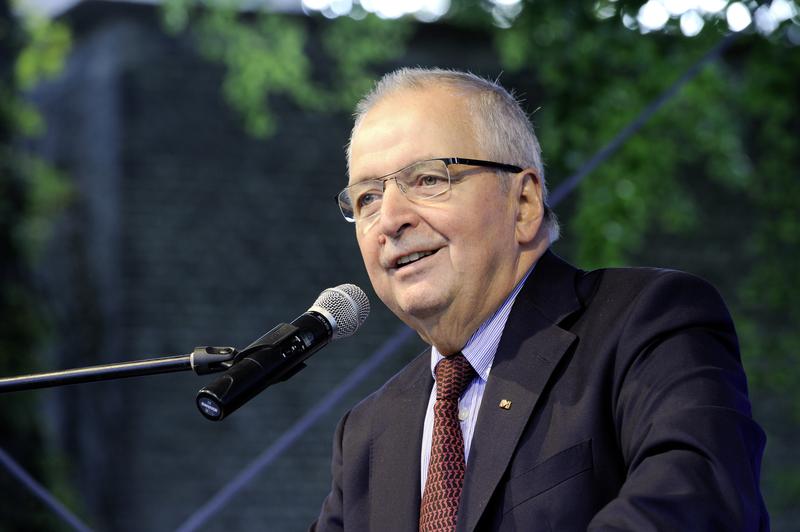 Klaus Töpfer has shaped the development of the IASS since the idea of the institute was first mooted at the 2007 Nobel Laureate’s Symposium “Global Sustainability – A Nobel Cause”. In recognition of Töpfer’s work towards the goal of sustainability over many years, his activities at the interface of science and politics, and his contribution to establishing the IASS, the institute awards a Klaus Töpfer Fellowship every year.

Töpfer was appointed Founding and Executive Director of the IASS in 2009, and under his guidance it grew in just a few years to an institute with a staff of 150 people from 40 different countries. His novel approach to cooperation between scientists and partners from politics and society earned him recognition in Germany and abroad. Consistent with its founding mission, the IASS harnesses the knowledge at our disposal to develop solutions to sustainability challenges and also transfers that knowledge into political and economic practice.

With the Klaus Töpfer Sustainability Fellowship, the institute wants to honour individuals who, like Klaus Töpfer, straddle science and politics and strive to connect the two realms. An integral part of the work and infrastructure of the IASS, the fellowship will provide fellows with a platform and considerable scope for engaging in societal debates on the implementation of a given sustainable transformation and developing their own particular approach. In addition to their stipend, the IASS provides Klaus Töpfer Fellows with 50,000 euro to cover any material costs incurred over the course of the one-year fellowship.
As the fellowship is aimed at people working at the interface of science, society and politics, potential candidates may be drawn not only from academia, but also from civil society, business, the arts, or other areas.

The fellowship is advertised in Germany and abroad by way of a Call for Nominations. Fellows are selected by a commission comprising one member each of the IASS Board of Directors, General Assembly, and Advisory Board and at least three other external members. The commission may also make its own nominations. Prof. Töpfer is welcome to participate in the meetings of the commission as a guest and he will be kept informed of developments throughout the selection process.

You can find the Call for Nominations here: https://www.iass-potsdam.de/sites/default/files/2018-11/KTF Call.pdf.

The roots of Klaus Töpfer’s accomplished career lie in academia. Prof. Töpfer studied economics in Mainz, Frankfurt am Main and Münster, and earned a doctorate from the University of Münster. He went on to become a professor and the Director of the Institute for Spatial Research and Planning at the University of Hanover. After entering politics, he was a state secretary from 1978 to 1985 and, subsequently, Environment Minister in Rhineland-Palatinate until 1987. He was then appointed Federal Minister for the Environment, Nature Conservation and Nuclear Safety and later served as Federal Minister for Regional Planning, Building and Urban Development from 1994 to 1998. From 1998 to 2006, Töpfer was Executive Director of the United Nations Environmental Programme (UNEP) and General Director of the United Nations office in Nairobi. In 2007, he was appointed Professor of Sustainable Development at Tongji University in Shanghai. He also served as Vice President of the German aid agency Welthungerhilfe. As Founding Director of the Institute for Advanced Sustainability Studies (IASS) in Potsdam, Töpfer was at the helm of the institute from 2009 to 2015.

Through his experience as a researcher and professor, as a politician, minister and high-ranking UN official, and as Founding and Executive Director of the IASS, Klaus Töpfer is intimately acquainted with the interface of science and sustainability policy. His emphasis on bringing researchers together with political, economic and civil society actors continues to be central to the mandate of the IASS.