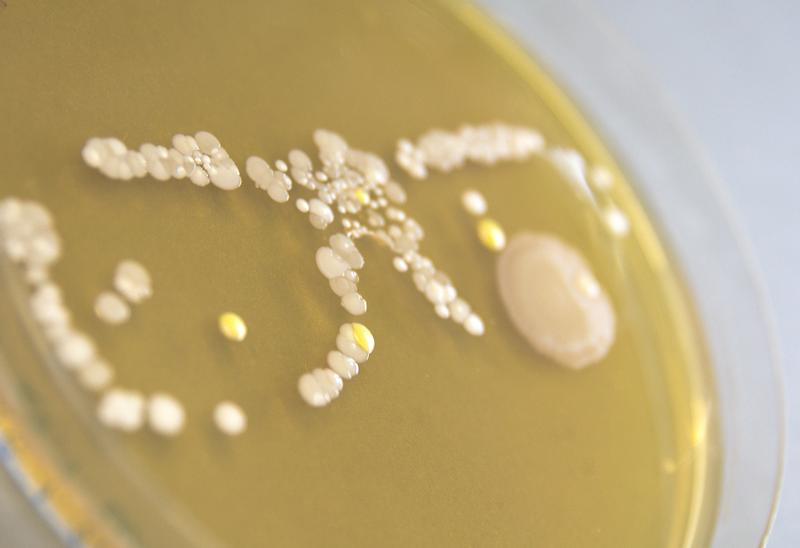 Can I infect myself with my own glasses? And how should I clean them to keep the risk of infection to a minimum? Glasses are in regular contact with hands and skin – but until now almost nothing was known about the microbial colonization of these everyday objects. Now, for the first time, a study examines in detail the microflora of glasses. Heading up the study is the microbiologist Prof. Dr. Markus Egert of Furtwangen University, well-known for his research into the bacterial contamination of kitchen sponges and other everyday objects. His book “Ein Keim kommt selten allein” (Germs love company), published by Ullstein, came out in August.

In 2018 approximately 44.2 million Germans over the age of 14 wore glasses on a regular or occasional basis. Research has been done on the bacterial contamination of glasses for surgeons, or on 3D-glasses lent out in cinemas, but until now there were no academic findings on normal eyeglasses worn by the general population. For the study, swabs were taken from seven different areas (frame, nose pads, lenses) on each of 31 pairs of glasses, and after cultivating the bacteria found on a culture media, they were examined in detail. Twenty-one pairs of glasses belonged to students and staff of Furtwangen University, whereas 10 pairs belonged to residents of a senior citizen home. “Bacteria were found on all the glasses we examined,” explained Prof. Dr. Markus Egert. “This was most evident in the areas with direct skin contact, such as the temples, the arms which extend over the ears, and the nose pads. The lenses themselves had the lowest levels of contamination.” The highest level recorded was 660,000 bacteria/cm2 on a nose pad.

On average, across all the areas swabbed, the university-glasses were no more densely populated with bacteria than the home-glasses: 1,400 as opposed to 2,080 bacteria/cm2. However, substantially more bacteria were found on the glasses worn by the residents of the senior citizen home than on those worn by the university students and staff (230 bacteria/cm2 as opposed to 40 bacteria/cm²). One possible explanation for this could be that the age-related weaker eyesight of the home residents actually promotes the contamination of the glasses. Because the owners cannot see the fingerprints and other smudges on the lenses as well, they clean them less often. On the glasses from the home, there was also a greater variety of types of bacteria (ten types as opposed to two types on the university-glasses). This makes sense — the skin flora also becomes more varied with increasing age.

What was mainly identified were typical skin and mucous membrane bacteria, above all, of the Staphylococcus type. The percentage of potential pathogens, bacteria which are potentially harmful to the health, was approximately 60%. These bacteria can cause infections in people with weaker immune systems. Causes of eye infections such as conjunctivitis and endophthalmitis were also found: Staphylococcus epidermidis; Staphylococcus hominis and Staphylococcus aureus. Some of these also have variants which are resistant to antibiotics.

In standardized cleaning tests it was shown that through rubbing not only the lenses, but also the whole glasses with a pre-moistened lens cleaning wipe, germs could be reduced by 94 - 99%. Lens cleaning wipes with an alcohol-free solution less damaging to the plastic of the frame, were also tested. Dry cleaning was less effective in the removal of germs, achieving only an 85 - 90% reduction.

“The study clearly shows that glasses act as a germ carrier,” summed up Prof. Dr. Markus Egert. Further studies will show whether connections can be made between the flora of the glasses and repetitive eye infections, so whether glasses can act as a type of germ reservoir. In addition they will be investigating whether glasses can also provide a hiding place for antibiotic-resistant germs such as MRSA (multi-resistant Staphylococcus aureus), particularly in a hospital environment.

“Glasses definitely don’t present any risk of infection for healthy people,” assured Prof. Dr. Markus Egert. “In cases of repetitive eye infection or treatment for an MRSA infection, disinfection of the glasses should also be considered.”

Publishing
Title of paper: A view to a kill? - Ambient bacterial load of frames and lenses of spectacles and evaluation of different cleaning methods
Journal: PLOS One, https://doi.org/10.1371/journal.pone.0207238 (open access)

Research project: joint project between Furtwangen University and Carl Zeiss Vision International GmbH (Aalen), the University Eye Hospital Tübingen and the Singen Medical Laboratory, within the framework of the CoHMed (Connected Health in Medical Mountains) project funded by the Federal Ministry of Education and Research which fosters cooperation between Furtwangen University and the regional medical technology industry.