No egg is like another: Female age and laying order drive variation of egg quality in blue tits 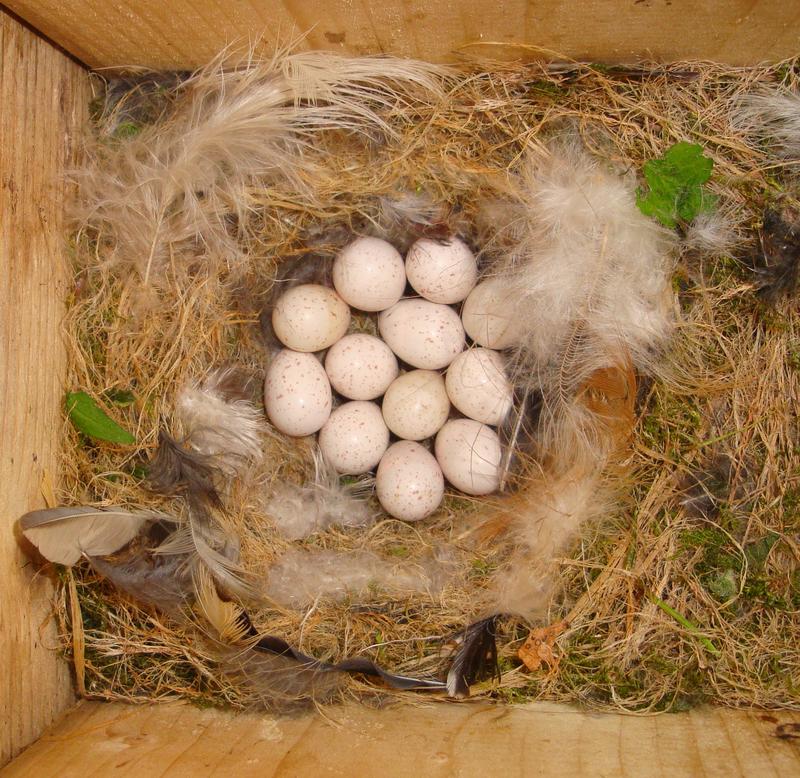 Little more than fifty years after the German ornithologist Wolfgang Makatsch published his book entitled “No egg is like another” (Kein Ei gleicht dem anderen), new research at the Max Planck Institute for Ornithology in collaboration with the Max Planck Institute of Biochemistry and the University of Hohenheim reveals exactly how right he was. The study describes for the first time the egg albumen and yolk proteomes (that is, all measurable proteins) of a common songbird, the blue tit. It shows that breeding females can fine tune their eggs’ composition to the needs of their young.

The quality of an egg resides in its size and its composition. In all egg-laying species, larger eggs produce larger, more viable and more performant offspring, while specific egg components (such as antioxidants or antimicrobial proteins) can support offspring growth, development or immunity. Egg quality varies broadly in wild animals and can even vary within a clutch and induce differences among siblings. To understand what drives this variation, researchers have turned to a population of blue tits (Cyanistes caeruleus) breeding in southern Germany. They measured the nutrient content of the eggs, as well as the individual concentrations of 6 carotenoids (adding three new compounds to the list of avian egg carotenoids) and almost 300 different egg proteins, and explored how the complex composition of the eggs varies in the population.

Blue tits are small, socially monogamous songbirds which breed once per year. Females use the nutrients they acquire from their daily food to produce one egg per day until the clutch has 7-15 eggs, and a total weight which often exceeds her own body mass. Such a reproductive endeavour is difficult to sustain and larger clutches contain smaller eggs. Moreover, the capacity to acquire, synthesize and deposit different egg nutrients varies among females resulting in eggs with very different composition.

“It was most exciting to see how different each egg in a clutch is, even though it’s the same female who produced them” says Cristina Valcu, the first author of the study. For instance, as a female laid her eggs day after day, they contained less and less carotenoids. Carotenoids are antioxidants important for embryonic development and offspring immunity, but birds cannot synthetize them and must obtain them from their diet. The capacity to deposit yolk carotenoids can therefore be limited by the abundance of carotenoid-rich insects. Offspring from later-laid eggs with fewer carotenoids could thus have a weaker immune defense. However, lower carotenoid concentrations were accompanied by increased concentrations of defence and immunity proteins. The researchers suggest that blue tit females may adjust the proteomic profile of the eggs to compensate for lower levels in other costly or environmentally limited components.

Other functional categories of proteins also varied along the egg laying sequence. For example, eggs laid early in the clutch had relatively higher levels of proteins involved in metabolism, biogenesis of cellular components, and tissue and organ differentiation. The researchers believe that this may allow offspring from early laid eggs to hatch in a more developed stage than their siblings. “This could explain why offspring fathered by a male other than the female’s social partner often perform better than their siblings. In blue tits, such extra-pair offspring typically hatch from eggs laid at the beginning of the clutch” explains Bart Kempenaers, who lead the study. The authors believe the results could open exciting possibilities for the study of maternal effects, the phenomenon whereby mothers can adjust - for example through egg composition - the characteristics of their offspring independently from their inherited genes. Due to its high plasticity, they say, the egg proteome has a large potential to mediate such maternal effects.