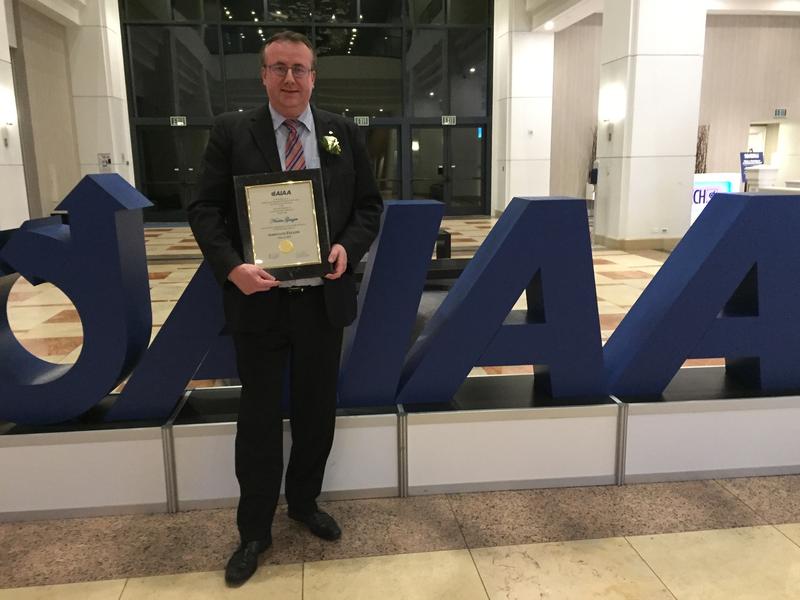 Prof. Nicolas R. Gauger has been named an Associate Fellow of the American Institute of Aeronautics and Astronautics (AIAA). AIAA Associate Fellows are individuals of distinction who have made notable and valuable contributions to the arts, sciences, or technology of aeronautics or astronautics.

He has been awarded with the AIAA Associate Fellowship because of his extraordinary contributions to Design Optimization in Aerodynamics and Aeroacoustics. He is a mathematician who works in the field of optimization with partial differential equations. Aerospace remains his main field of application. From 1998 to 2010 he was a Research Scientist at the German Aerospace Center (DLR). Before he came to Kaiserslautern he was a Professor at RWTH Aachen University. Prof. Gauger holds the Chair for Scientific Computing and is Director of the Computing Center (RHRK) at Technische Universität Kaiserslautern. The Chair for Scientific Computing is assigned to both the Department of Mathematics and the Department of Computer Science. His specialty in computer science is so-called Algorithmic Differentiation (AD), which automatically augments simulation software packages to the derivatives needed for optimization.

The American Institute of Aeronautics and Astronautics (AIAA) is a professional society for the field of aerospace sciences and engineering and has more than 30,000 members among aerospace professionals worldwide. As a major activity, AIAA currently publishes several scientific journals. The AIAA Journal is published on a monthly basis and serves as the flagship journal of the society. Furthermore, AIAA hosts many conferences throughout the year. The largest of those is the AIAA Science and Technology Forum and Exposition (“AIAA SciTech”).

Gauger was officially inducted as an Associate Fellow at the Fellows Recognition Ceremony and Dinner at the AIAA SciTech in San Diego on January 7, 2019.