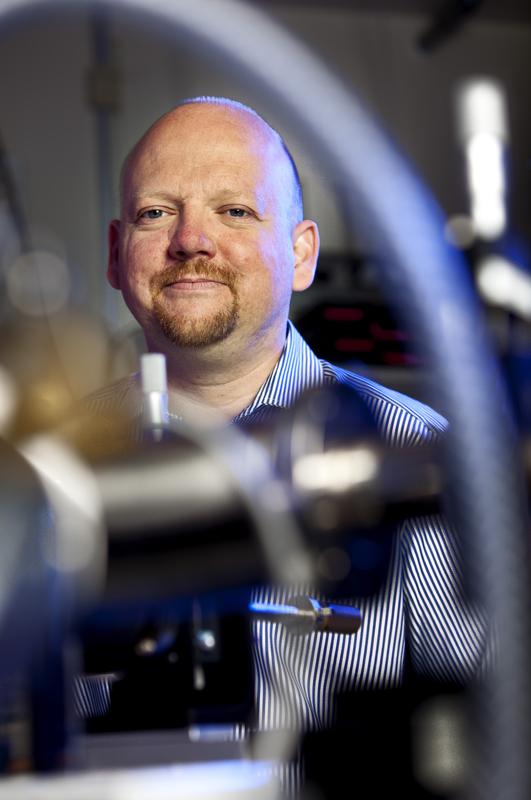 For the first time researchers have succeeded in producing what are known as spin wave overtones. The technology paves the way for increasing the data transmission rate of wireless communication.

Spintronic oscillators are a kind of nano components in which spin waves are used to generate microwave signals in the gigahertz range. Spin wave overtones can be compared to the overtones (flageolets) that are used in music.

“For example, an experienced violinist knows exactly where to carefully place the finger on the string to dampen the fundamental frequency and instead allow the string to oscillate at one of its many overtones. This makes it possible to play tones that are much higher in frequency than the string’s fundamental tone,” says Johan Åkerman, a professor at the University of Gothenburg.

Along with colleagues in Gothenburg and Portugal, he has now demonstrated how to play and strengthen such overtones at the nano level. The researchers have produced spintronic oscillators that strengthen spin wave signals in several steps.

To the researchers’ surprise, their new oscillators proved to be a completely unexpected and new phenomenon.

When the researchers increased the drive current, the signal showed a sharp jump in frequency: first, from the fundamental frequency of 9 GHz to 14 GHz and then a second jump to 20 GHz.

In a 1999 article, physicist Slonczewski lays out the basis for how the spin waves generated in spin electronic oscillators are described. He mentions then that his model also supports the generation of much higher frequencies using overtones.

“While John Slonczewski’s article inspired a rapidly growing research field within spintronic oscillators, there have been no further discussions of overtones at all, nor have they been tested experimentally until now. Our experiment shows that it is possible to create several different overtones in spintronic oscillators, which permits extremely large and fast frequency jumps to increase the data transmission rate of wireless communication.”

The discovery also makes it possible for researchers to generate very high microwave frequencies with short wavelengths for use in spintronics and magnonics.

“While the wavelength of the fundamental tone is about 500 nanometres, the wavelength of the demonstrated third overtone is as short as 74 nanometres. Future studies on smaller oscillators should be able to generate spin waves down to 15 nanometres with frequencies up to 300 GHz. That is why the potential for extremely high-frequency spintronics and magnonics is enormous,” says Åkerman.

Johan Åkerman’s research team from the University of Gothenburg has collaborated with researchers at International Iberian Nanotechnology Laboratory (INL) in Portugal.

The article was recently published in Nature Communications and the work has also been invited to be presented at the International Workshop on Spintronics at Tohoku University, and at the MMM-Intermag 2019 Conference in Washington D.C.