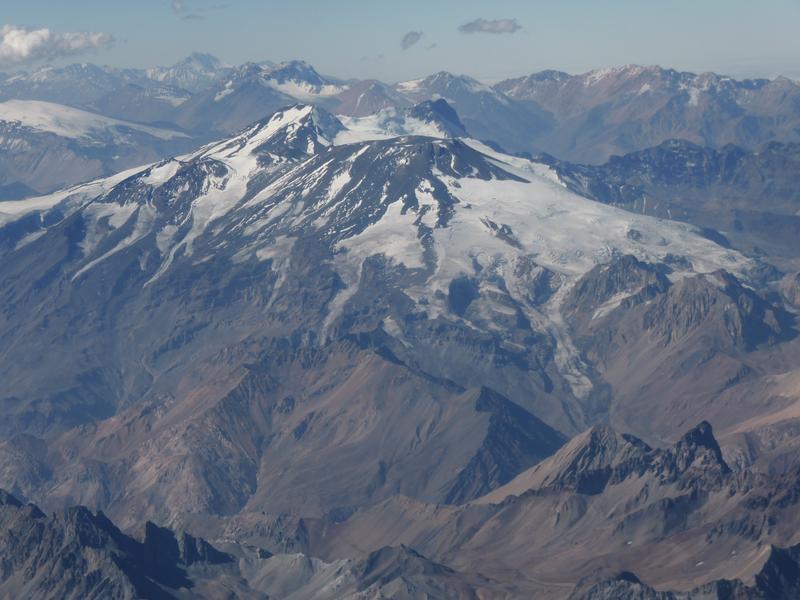 Whilst glaciers in the Central Andes have lost considerably less mass than previously presumed, the glaciers may still disappear entirely from this region in the foreseeable future. | Quelle: FAU/Matthias Braun 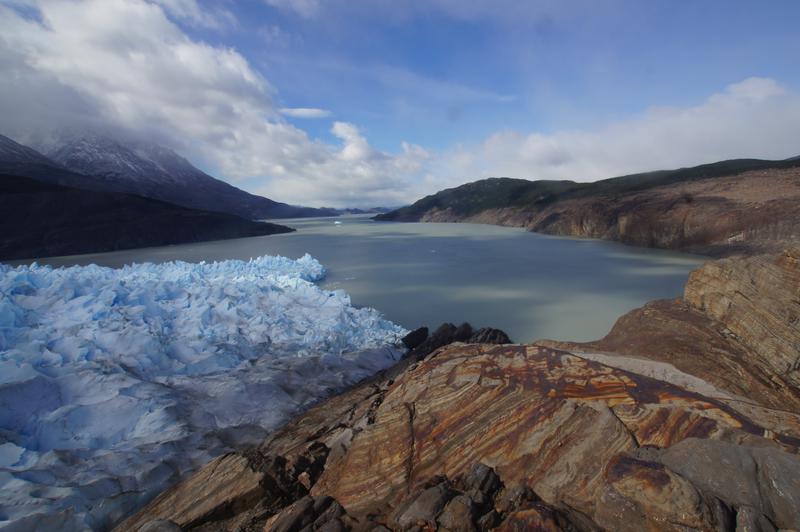 The Grey Glacier is located in the Southern Patagonian Ice Field in Chile. When such outlet glaciers shrink, they first have to form a new stable front. | Quelle: FAU/Matthias Braun
❮ ❯

Researchers from Friedrich-Alexander-Universität Erlangen-Nürnberg (FAU) have investigated all glacial areas in South America in more detail than ever before, from the tropical areas of Venezuela to the subpolar regions of Tierra del Fuego. Their two major findings are that the highest rate of mass loss is in the Patagonian icesheet, and that the glaciers in the tropics have lost considerably less mass than previously projected, although this is not the good news which it might appear at first sight. The researchers' findings have been published in the journal Nature Climate Change.

Surveying glaciers is nothing new. There are two methods which are used particularly often. In the first method, researchers take several measurements directly at a glacier and project the results for entire regions. This is particularly problematic when it comes to large glacial areas such as the large ice fields in Patagonia, as barely any in situ measurements are available for these areas. The other option is to take gravimetric measurements using satellites. Scientists base their measurements on the fact that gravity on Earth changes depending not only on the location but also over time. It is influenced by aspects such as the composition of the Earth's surface, mountain ranges, movements in the core, plate movements – and, of interest for our context, when glaciers lose mass. One disadvantage of this method is that when only small areas are covered by glaciers, as is the case in the South American tropics, the satellite only receives a weak signal and the measurement is significantly less accurate.

One method for measuring all glaciers

Geographers from FAU specialising in both climatology and remote sensing and spatial information, led by Prof. Dr. Matthias Braun and Dr. Tobias Sauter, also used satellite data for surveying South American glaciers, but they focused on calculating elevation levels instead of basing their results on gravimetric measurements. Two radar satellites from the German Aerospace Center (DLR) have been orbiting the Earth since 2010. The aim of the TanDEM-X-mission was to obtain a three dimensional image of the Earth, which is not only of a consistent quality but also more accurate than anything that has gone before. Differences in elevation were recorded down to the last metre. The researchers from FAU used data collected between 2011 and 2015 and compared them with measurements from the Shuttle Radar Topography Mission of 2000. Using a complex method which involved making various corrections and calculating possible error margins, they compared the data to calculate the changes in elevation in the glacial regions of South America, thus obtaining an accurate picture of the changes in glacial mass. Their method was unusual in that they were able to use one uniform method to record all glacial areas in the region. In addition, the method even provided accurate data for individual glaciers. Comparing the measurements from both space missions allowed the researchers to gain detailed insights into the situation throughout South America. For the first time, researchers succeeded in analysing the large Patagonian ice fields separately from the surrounding, smaller glaciers.

The greatest loss of mass, both relatively and in comparison to the other South American glaciers, was found in both inland ice fields in Patagonia, two regions with an area of approximately 18,000 square kilometres, roughly equivalent to the Rhineland-Palatinate region in Germany. The mass of the glaciers there shrunk between 2000 and 2011/2015 at a rate of approximately 17.4 gigatonnes per year, equivalent to 19.3 cubic kilometres per year. Not even glaciers in the tropics have lost such a large proportion of their mass. The reason could be that the large outlet glaciers in Patagonia, which flow for example into the ocean or lakes after passing through narrow valleys, adjust dynamically. They have retreated from a stable position and now have to form a new stable front. These processes have been observed in tidewater glaciers which flow into the ocean and are not necessarily the result of climatic influences, although this may indeed be the cause. This phenomenon has an even greater effect on large glaciers such as those in Patagonia than influences triggered by changes in temperature. Previous surveys have already shown that entire glaciers have vanished, for example in areas of Bolivia. It has now become apparent that this is also happening in Patagonia.

The second important fact revealed by the research is that the mass of glaciers in the tropical regions of South America – in Venezuela, Columbia, Ecuador, Peru and Bolivia – is changing at a considerably slower rate than previously supposed. Projections to date calculated that the 2900 glaciers there were losing approximately 6 gigatonnes of mass per year. The geographers from FAU have discovered, however, that they are only losing 0.55 gigatonnes per year, approximately 10 percent of the estimates to date. This result is important, as glaciers are an important source of water in the dry period: when no rain falls and the temperatures reach their highest level, glacier melt water is used as drinking water, for irrigation and hydro power. People in these regions therefore have to know to what extent the glaciers are changing, and need quantitative data not only with respect to area but also in terms of their volume and mass. In some areas such as the Central Andes in Chile and Argentina or the Cordillera Real in Bolivia, experts are even of the opinion that the maximum amount of water available from glacial melt has already been exceeded. This is an indication that glaciers are irrevocably on the retreat and will vanish entirely in the foreseeable future. In future, these areas will have less water available during the dry season.

The survey, however, also revealed that some areas have hardly experienced any change at all, such as the Andes in northern Chile and Argentina as well as in southern Bolivia at the latitude of the Atacama desert.

The researchers from Erlangen now hope that their study will be included in the next report of the Intergovernmental Panel on Climate Change (IPCC). After all, melted glacier ice is contributing to the rise in sea levels and the huge ice fields in Patagonia are particularly relevant. Glaciers are also used as an indicator for climate change in other respects as well. The geographers from FAU now want to extend their analyses to cover other regions and investigate how the situation develops over a longer period of time. At present, the global terrain model from the TanDEM-X mission is currently being updated. Researchers hope to be able to benefit from these data in future. They are also relying on further national missions which are in the pipeline such as the Tandem-L satellites, which would make it possible for such measurements to be repeated more frequently.