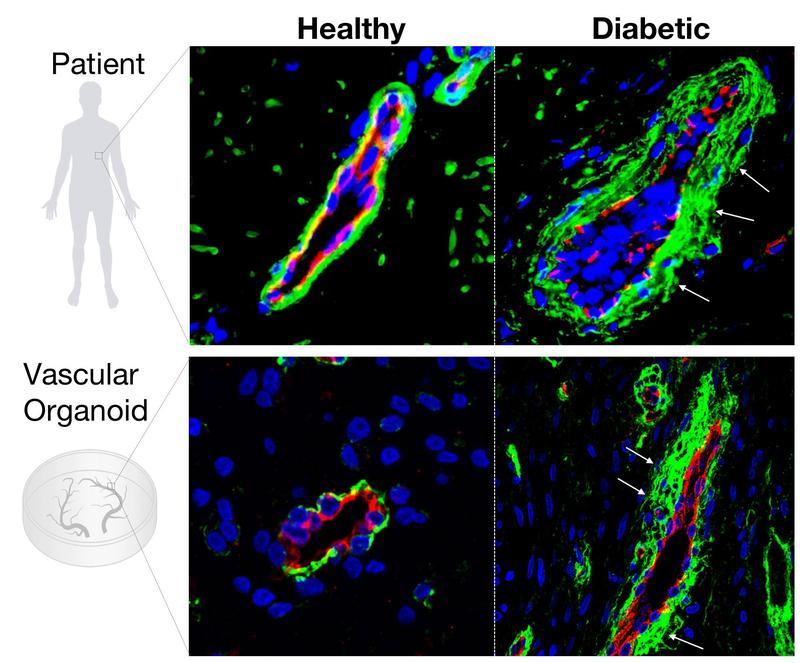 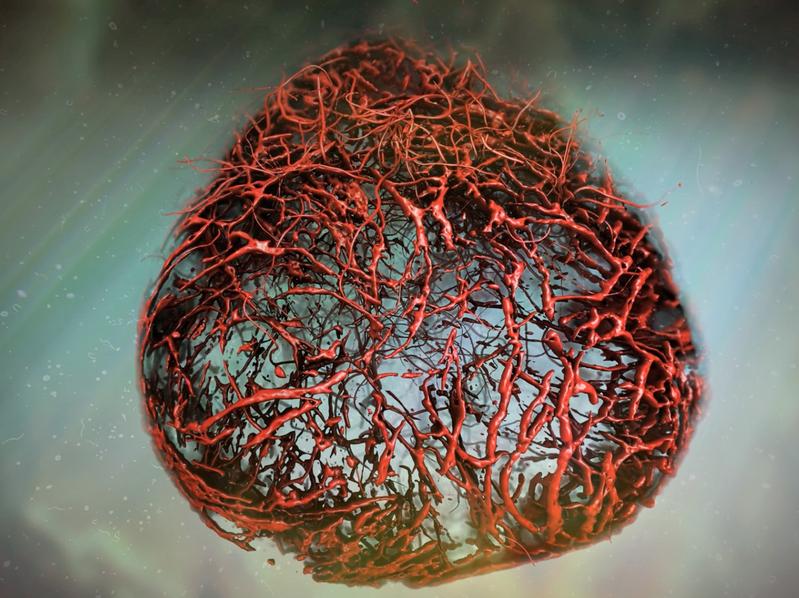 Changes in blood vessels are the major cause of death and morbidity in diabetes. For the first time, scientists managed to grow perfect human blood vessels as organoids in a petri dish. This breakthrough engineering technology dramatically advances research of vascular dysfunction in diseases like diabetes, identifying a key pathway that prevents diabetic vasculopathy, as reported in the current issue of Nature.

Diabetes is increasing at an alarming rate worldwide, already affecting at least 420 million people. Another 500 million people are estimated to be pre-diabetic. The global costs of diabetes, which can lead to blindness, kidney failure, heart attacks, stroke or lower limb amputation, is estimated to be 825 billion dollars per year. Many of these diabetic symptoms are the consequence of changes in blood vessels, resulting in impaired blood circulation and oxygen supply of tissues. Despite its prevalence, very little is known about the vascular changes arising from diabetes - in part because we lack human model systems that fully recapitulate these changes. This limitation has stymied the development of much needed therapeutics.

To tackle this problem, Josef Penninger and Reiner Wimmer at IMBA, Institute for Molecular Biotechnology of the Austrian Academy of Sciences, established a groundbreaking model: self-organizing, three-dimensional (3D) human blood vessel organoids grown in a Petri dish. These so called vascular organoids can be robustly cultivated from induced pluripotent stem (iPS) cells in the lab, strikingly mimicking the structure and function of human blood vessels. ”What is so exciting about our work is that we were successful in making real human blood vessels out of stem cells. Our organoids resemble human capillaries to a great extent, even on a molecular level, and we can now use them to study blood vessel diseases directly on human tissue, “ says Reiner Wimmer, Postdoc at IMBA, the first and co-corresponding author of the paper. Capillary blood vessels, the smallest branches of the vascular system, are in every organ of our body. These delicate vessels ,with a diameter of 5-10 micrometer, are coated by a structure called basement membrane that gives the blood vessels important physical support.

“Blood vessels are not just the smallest capillaries. Our entire body is nurtured by a huge vascular tree consisting of larger blood vessels that bring blood to organs, so called arteries, capillaries where blood flow slows down and oxygen exchange happens, and veins that recirculate the blood back to the lungs and heart”, says lead author Josef Penninger. “To experimentally model such an intricate human vascular tree was in essence impossible, and many aspects of human blood vessel disease do not occur in our mouse models.” When the researchers transplanted the human blood vessel organoids into immunodeficient mice, they gained access to their circulatory system and specified into perfectly functional human blood vessels including arteries, capillaries and venules in vivo. Thus, it is possible to not only engineer blood vessel organoids from human stem cells in a dish, but also to grow a functional human vascular tree in another species.

Mimicking diabetes in a dish with “vascular” organoids

One of the pathogenic feature of diabetes is that blood vessels show an abnormal thickening of the basement membrane. As a result, the delivery of oxygen and nutrients to cells and tissues is strongly impaired, causing a multitude of health problems, such as kidney failure, heart attacks, strokes, blindness, and peripheral artery disease, leading to amputations. To recapitulate this pathological condition in a dish, the research team exposed the blood vessel organoids to a “diabetic” environment. “Surprisingly, we could observe a massive expansion of the basement membrane in the vascular organoids. This typical thickening of the basement membrane is strikingly similar to the vascular damage seen in diabetic patients”, says Wimmer. “Such thickening of the blood vessel walls appears to only occur when there is an intricate and very close contact between the different cell types, endothelial cells and pericytes, that make up capillaries.”

As a next step, the scientists searched for chemical compounds that could block development of the pathological phenotype in the “diabetic” lab grown vessels. They screened current anti-diabetic medications, none of which had any positive effects on these blood vessel defects, as well as multiple small-molecule inhibitors of different signaling pathways. They discovered that an inhibitor of γ-secretase could completely prevent the diabetic vasculopathies in organoids. They went on to show that the γ-secretase target Notch3 and its ligand Dll4 are key mediators of basement membrane thickening in diabetic organoids. The authors also found evidence of elevated Notch3 activity in skin blood vessel biopsies from diabetic patients.

Finally they modelled diabetic vasculopathy in diabetic mice, that where transplanted with stem cell-derived human vascular organoids and carry a functional human blood vessel tree. Intriguingly in diabetic mice, the human blood vessels showed prototypic pathologies, whereas the mouse blood vessels remained normal. Blocking γ-secretase or, in first studies, Notch3, could prevent the diabetic vasculopathies of the human blood vessels in the chimeric mice. “Mouse genetics has taught us a lot about disease mechanisms, however some aspects of human disease, such as diabetic blood vessel changes, cannot be modelled well in mice” says Dontscho Kerjaschki, a pathologist of the Medical University of Vienna who was involved in the study. “Now we can model it! This allows us to identify underlying disease mechanisms and hopefully develop and test new medicines for hundreds of millions of patients with diabetes.”

“Every single organ in our body is linked with the circulatory system, and the formation of new blood vessels is a key feature for cancers to grow. There are also many rare diseases that affect blood vessels and for instance lead to strokes and heart attacks in young people” says Penninger, founding director of IMBA, and recently appointed director of the Life Science Institute of the University of British Columbia, who is the lead author of the paper. “Vascular organoids generated from iPS cells represent a game-changing model - allowing us to unravel etiologies and treatments for a broad spectrum of vascular diseases, ranging from diabetes, Alzheimer’s disease, cardiovascular diseases, wound healing, or stroke, to cancer”.