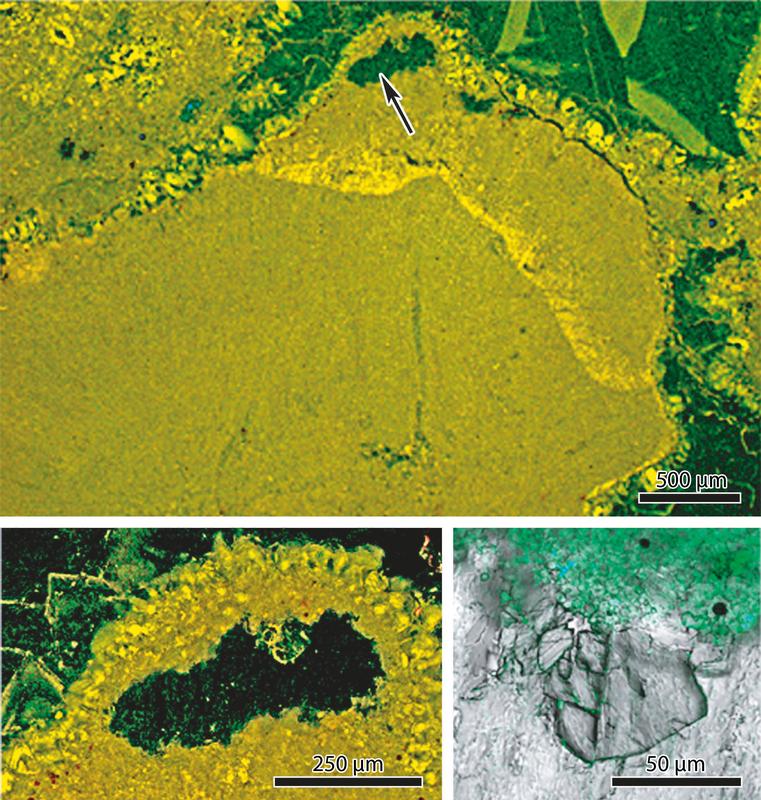 Coralline red algae have existed for 130 million years, in other words since the Cretaceous Period, the time of the dinosaurs. At least this was the established view of palaeontologists all over the world until now. However, this classification will now have to be revised after fossils discovered by researchers at GeoZentrum Nordbayern at Friedrich-Alexander-Universität Erlangen-Nürnberg in conjunction with researchers at La Trobe University in Melbourne, Australia, prove that coralline red algae existed as far back as 430 million years ago.

The discovery made by FAU palaeontologists Dr. Sebastian Teichert, Prof. Dr. Axel Munnecke and their Australian colleague Dr. William Woelkerling has far-reaching consequences. 'Our finds mean that we must now look at the fossil record in a completely new way', explains Dr. Sebastian Teichert. Up to now, a higher age for coralline red algae was thought to be so unlikely that fossils found in layers of rock older than the Cretaceous Period were not even considered as coralline red algae simply due to their age. The fossil record comprises all documented occurrences of fossils and is the essential source of information about how life on Earth developed. A re-evaluation of the fossils in the record could help scientists to answer new questions regarding the development of coralline red algae.

Ecosystem engineers in the making

'The fact that coralline red algae occur so much earlier in the Earth's history sheds new light on several issues in ecology', says Teichert. Red algae play an extremely important role in the world's oceans today. For example, their calcareous skeletons ensure that coral reefs in the tropics remain stable and are even able to withstand heavy storms. In the Arctic, on the other hand, red algae take on the role of so-called ecosystem engineers. Their growth provides habitat for a large number of other organisms.

'It's still unclear why there is such a long period of time between the point when coralline red algae first occurred and the point when they became the ecosystem engineers they are today', says Teichert. 'It's possible that coralline red algae needed several million years to adapt from the time they first occurred before they were able to perform their current function in the ecosystem.'

The scientists have now published their findings in the renowned journal 'Palaeontology': https://doi.org/10.1111/pala.12418