Artificially produced cells communicate with each other: Models of life 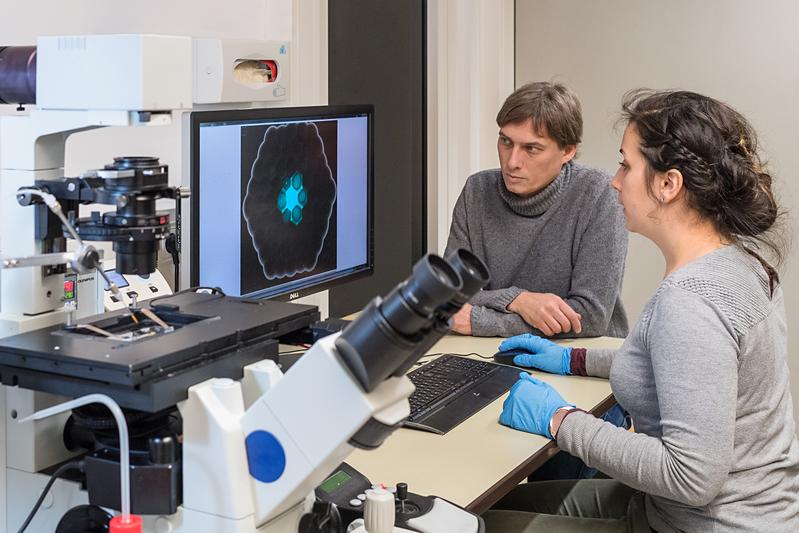 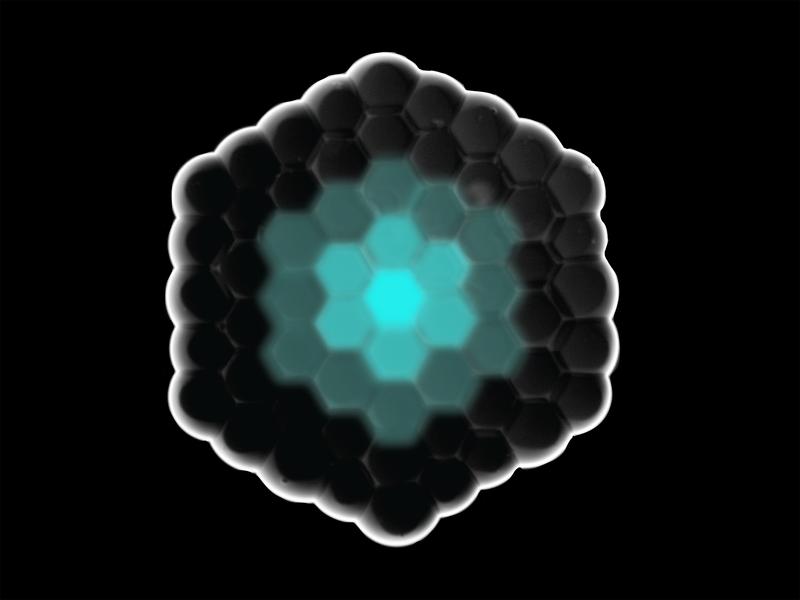 Friedrich Simmel und Aurore Dupin, researchers at the Technical University of Munich (TUM), have for the first time created artificial cell assemblies that can communicate with each other. The cells, separated by fatty membranes, exchange small chemical signaling molecules to trigger more complex reactions, such as the production of RNA and other proteins.

Scientists around the world are working on creating artificial, cell-like systems that mimic the behavior of living organisms. Friedrich Simmel and Aurore Dupin have now for the first time created such artificial cell assemblies in a fixed spatial arrangement. The highlight is that the cells are able to communicate with each other.

“Our system is a first step towards tissue-like, synthetic biological materials that exhibit complex spatial and temporal behavior in which individual cells specialize and differentiate themselves, not unlike biological organisms,” explains Friedrich Simmel, Professor of Physics of Synthetic Biosystems (E14) at TU Munich.

Gene expression in a fixed structure

Gels or emulsion droplets encapsulated in thin fat or polymer membranes serve as the basic building blocks for the artificial cells. Inside these 10 to 100 micron sized units, chemical and biochemical reactions can proceed uninhibited.

The research team used droplets enclosed by lipid membranes and assembled them into artificial multicellular structures called "micro-tissues". The biochemical reaction solutions used in the droplets can produce RNA and proteins, giving the cells a of a kind of gene expression ability.

But that's not all: Small "signal molecules" can be exchanged between cells via their membranes or protein channels built into the membranes. This allows them to temporally and spatially couple with each other. The systems thus become dynamic – as in real life.

Chemical pulses thus propagate through the cell structures and pass on information. The signals can also act as triggers, allowing initially identical cells to develop differently. "Our system is the first example of a multicellular system in which artificial cells with gene expression have a fixed arrangement and are coupled via chemical signals. In this way, we achieved a form of spatial differentiation, "says Simmel.

Developing these kinds of synthetic systems is important since they allow scientists to investigate fundamental questions about the origins of life in a model. Complex organisms became possible only after cells began specializing and distributing work between cooperating cells. How this came about is among the most fascinating questions in basic research.

Using a modular construction kit of tailor-made cell systems, the researchers hope to simulate various properties of biological systems in the future. The idea is that cells react to their environment and learn to act independently.

The first applications are already on the horizon: In the long term, artificial cell assemblies can be deployed as mini-factories to produce specific biomolecules, or as tiny micro-robot sensors that process information and adapt to their environments.

Cells from a 3-D printer

Friedrich Simmel and Aurore Dupin still assemble their cell systems manually using micromanipulators. In the future, however, they plan to cooperate with the Munich University of Applied Sciences, for example, to systematically build larger and more lifelike systems using 3-D printing technology.

This work was funded by the European Research Council and the DFG Cluster of Excellence Nanosystems Initiative Munich (NIM). Aurore Dupin was supported by the DFG Research Training Group "Chemical Foundations of Synthetic Biology".

Nature “Behind the paper”: https://chemistrycommunity.nature.com/users/189114-aurore-dupin/posts/40976-signaling-and-differentiation-in-synthetic-tissues