It gave its name to several mountain chains in Europe: Slate is ‘Rock of the Year 2019’ in Germany 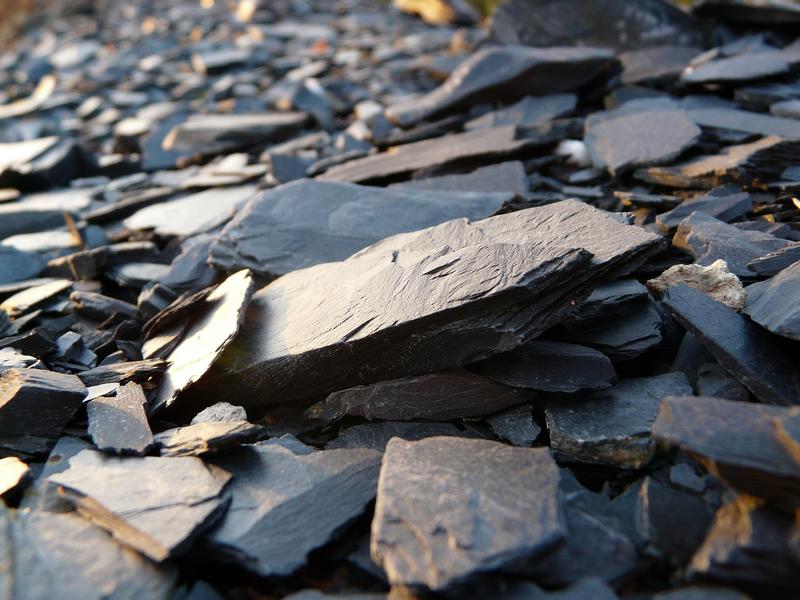 In 2019 slate is “rock of the year” in Germany. This has just been communicated by the permanent committee for the “rock of the year”, working under the auspices of BDG Berufsverband Deutscher Geowissenschaftler e.V. (German Professional Association of Geoscientists). Slates are metamorphic rocks which emerge in a transformation process under high pressure and/or high temperature. Their most marked feature is their foliation which results in their excellent usability as stone slabs for walls and roofs.“Rock of the year” is an award which has been assigned to various rocks every year since 2007 to communicate rocks and geosciences into the public.

Today, slates, i.e. slate blackboards, and slate pencils, which were used by generations of schoolchildren up to the last century, have usually survived merely in museums (e.g., Deutsches Schiefermuseum – German Slate Museum – in Mayen/Eifel, or Schiefermuseum/Slate Museum in Ludwigsstadt, Upper Franconia). But as elegant and durable roofing and cladding material or as cut stones to be used for staircases or in gardening slate is still highly appreciated.

Slates are rocks which emerge from clayey sediments through metamorphism (under high pressure and/or high temperature), which is sometimes accompanied by folding. Slates show very good to excellent foliation along their slate surfaces. In contrast, non-metamorphic and usually finely-grained sediment rocks with a foliation similar to that of slate, which, however, is here due to alternating sediment layers, are called “shale”.

Germany’s slate resources go back to the Paleozoic, usually to the Devonian and Carboniferous periods, which means that the slates are more than 300 million years old.
Still today, there are slate quarries and mines in Germany: in Geroldsgrün in Upper Franconia, where Lotharheiler slate is still being mined, in the Hunsrück Mountains (Altlay Slate Quarry), in the Sauerland Mountains (combine mine Magog-Gomer-Bierkeller, the slate of which is marketed as “Fredeburg” slate), and in Theuma near Plauen (Vogtland, Saxony, sold as “Theumaer Fruchtschiefer”). Despite high demand the Katzenberg slate mine near Mayen/Eifel will be closed this year, as the mining there is no longer profitable due to problems with the geology of the deposit.

Apart from roofing, slate is excellent for stone floorings and walls; it combines both heat and cold resistance with durability and beauty.

Slate, today, can be watched and experienced in geoparks and museums. A well-known slate location in Germany is Lehesten in Thuringia where the former quarry has been transformed into a geoscientific adventure park. Another world-famous slate sight in Germany is the Loreley rock near St. Goarshausen in the Middle Rhine Valley, which is also a UNESCO world heritage site and best known from the legend and the poem of the “fair Loreley”.

The slate will be 'baptized' as 'rock of the year' in April this year, sometime around "Earth Day“ (22 April), in an active slate quarry, probably in the Eifel area. The slate year will be accompanied by publications on slate and geoscientific as well as artistic events featuring slate all over Germany.