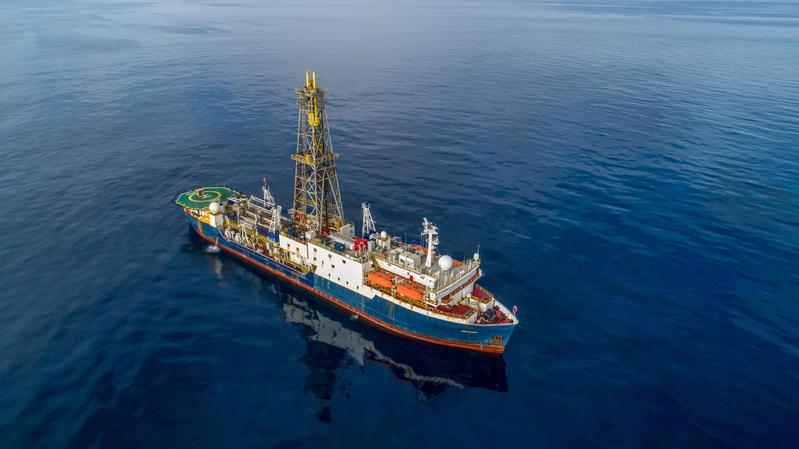 Over the next few months, geophysicists and geologists from the Alfred Wegener Institute, Helmholtz Centre for Polar and Marine Research will gain unprecedented insights into the climatic history of the Antarctic Ice Sheet as part of the International Ocean Discovery Program (IODP). The experts will take part in three Antarctic expeditions on board the IODP drilling ship “JOIDES Resolution”, and will lead two of the three legs. By collecting the drilled cores, the researchers hope to find evidence of how the ice masses of the Antarctic have reacted to sudden temperature climbs in past interglacial periods – information that is urgently needed in order to more accurately predict future sea-level rise. In terms of modelling, the behaviour of the Antarctic Ice Sheet is still considered one of the greatest question marks.

How will Antarctic ice masses respond to climate change, and to what extent will they contribute to sea-level rise? Climate researchers still don’t have a satisfactory answer to that question, partly because they lack information on how ice sheets have behaved in previous interglacial periods. Geophysicists and geologists from the Alfred Wegener Institute, Helmholtz Centre for Polar and Marine Research (AWI) in Bremerhaven have now made it their goal to remedy the situation. Over the next seven months, they will join three international expeditions to the Antarctic Ocean on board the US-based drilling ship “JOIDES Resolution”, and will serve as the scientific directors for two of the three expedition legs. These journeys will be undertaken as part of the International Ocean Discovery Program (IODP), which is dedicated to investigating the history of our planet and its climate on the basis of deep-sea cores.

The first expedition (IODP 379) started in Punta Arenas (Chile) on 23 January 2019, and takes the 29-member team of international researchers, accompanied by technicians, drilling experts and ship’s crew (altogether 125 people) to the Amundsen Sea – and with it, to the region broadly considered to be the Achilles heel of the West Antarctic Ice Sheet. “Large sections of the West Antarctic Ice Sheet lie on land that is below sea level, which means these ice masses can easily be reached by warm ocean currents, and are therefore especially vulnerable to the effects of climate change,” explains Dr Karsten Gohl, an AWI geophysicist and one of the expedition’s two chief scientists.

At the moment, those glaciers that empty into the Amundsen Sea are losing ice faster than all other ice streams in the Antarctic or in Greenland. Moreover, ice sheet simulations and sediment samples from the Ross Sea indicate that the ice masses of the West Antarctic retreated extensively during past interglacial periods – e.g., 3 million years ago in the Middle Pliocene, when the average global temperature was roughly 3 degrees higher than today. In other words, it was essentially the same temperature as that predicted for the year 2100 if greenhouse-gas emissions remain constant.

Back then, the researchers believe, the West Antarctic Ice Sheet suffered a near-total collapse. However, there’s still no evidence to back their hypothesis. The planned deep-sea drilling missions in the Amundsen Sea are intended to change all that. “By drilling down as far as 100 metres below the seafloor, we hope to find sediment deposits from the Pliocene and other warm epochs, where we should be able to see the remains of algae, foraminifera and other typical pelagic organisms. And these remains will prove that, in these warmer periods, there was little to no ice in West Antarctica,” says AWI geologist and expedition member Dr Johann Klages.

Finding these microfossils would also allow the researchers to reconstruct the past water temperatures, and to investigate which climate changes led to the retreat or decline of the West Antarctic Ice Sheet. For example, insights into how warm the deep-sea currents were back then are desperately needed. The researchers plan to subsequently compare these historical values with current observations of deep-sea currents in the Amundsen Sea, in order to determine whether or not they could be considered the harbingers of a potential future collapse.

In addition, the experts hope to find evidence of increased iceberg occurrence. “As they drift, icebergs lose sand, gravel and pebbles that were trapped in their ice,” explains Johann Klages. “If we encounter coarse sand and gravel deposits when we drill, it will tell us that large quantities of ice broke off from the ice sheet in past interglacial periods and drifted through the Antarctic Ocean.” Further, these stony deposits’ geochemical fingerprint would allow the researchers to identify the ice masses’ region of origin, and to reconstruct which glaciers lost the most ice in each respective interglacial period.

Drilling on a main route for icebergs

The participants in the second expedition (IODP 382), which will take them to the Scotia Sea from 20 March to 20 May, will rely on the same research principle. The waters between the Antarctic Peninsula and the Falkland Islands are considered both the main route for large icebergs and their graveyard. If the Antarctic did indeed lose substantial ice during the interglacial periods of the Pliocene and Pleistocene, there should be corresponding deposits in these waters – from West Antarctica and East Antarctica alike. But if they are there, they’re quite far down; as AWI geologist and expedition member Dr Thomas Ronge explains: “At the planned drilling sites, the water is roughly 4,000 metres deep. We’ll have to drill for several days before we reach our target depth of 600 metres below the seafloor. Another important consideration: while we’re drilling, we have to hope that we don’t cross paths with any icebergs.”

For any other research ship, the moment an iceberg drew near, the drilling site would have to be abandoned – but not for the “JOIDES Resolution”: in the event the 143-metre-long drilling ship has to evade an iceberg, the borehole on the seafloor will be sealed with a specially designed, funnel-shaped borehole plug. The plug can be relocated later, so that, once the ship has successfully avoided the iceberg, the team can easily resume drilling, right where they left off.

In the world’s largest ocean current

The third leg of the expedition (IODP 383), which will be co-led by AWI geologist Dr Frank Lamy and the German climate researcher Gisela Winckler from Columbia University (USA), will take the ship to waters west of the Drake Passage, starting in late May. Once they’ve arrived there, in the southeast Pacific region of the Antarctic Circumpolar Current, the most powerful ocean current in the world, the researchers will have to drill 500 metres down into the seafloor in order to gather sediment samples from the Pliocene and Pleistocene. “For our work, above all we’ll be considering the question of how wind and ocean currents in the Southern Hemisphere reacted to global warming trends in the past, and what major interactions there were between the atmosphere, the ocean, and the ice masses of the Antarctic,” relates Frank Lamy.

Once analysed and combined, the outcomes of the three expeditions are expected to allow the researchers to precisely reconstruct the ice masses’ behaviour during past interglacial periods. If all goes as planned, they will not only arrive at a much better grasp of one of the most central, yet poorly understood processes in the Earth’s climate system, but will also be able to more accurately predict the future development of the West and East Antarctic Ice Sheets. Taken together, the two sheets contain enough freshwater to raise the global sea level by roughly 58 metres.

The IODP is an international research programme in which the USA, Japan, China, South Korea, India, Brazil, New Zealand, Australia and 15 European countries, including Germany, are participating. The US-based IODP ship “JOIDES Resolution” can accommodate up to 50 researchers and 65 crewmembers. Its operations are financed by the National Science Foundation (USA), and by support organisations in all other IODP member states.

For further information on the International Ocean Discovery Program and the individual expeditions, please visit: http://iodp.tamu.edu/scienceops/expeditions.html

Printable images and graphics can be downloaded using the following link:
https://www.awi.de/en/about-us/service/press/press-release/deep-sea-drilling-to-shed-new-light-on-the-stability-of-the-antarctic-ice-sheet.html

Your academic contact partners at the Alfred Wegener Institute are: