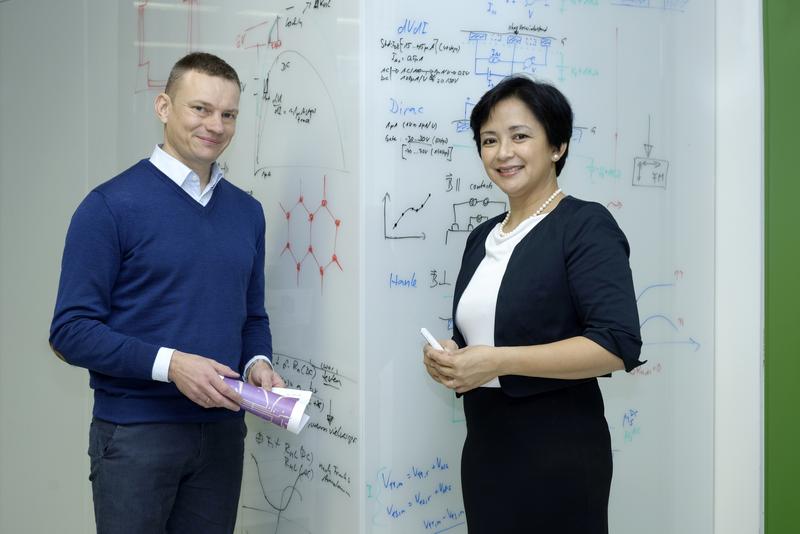 Consolidator Grants, which come with up to two million euros of funding, are awarded to young principal investigators who have seven to twelve years of experience since completing their doctorate. Awarded by the European Research Council, ERC for short, the grants are considered one of the most prestigious funding instruments in Europe.

Consolidator grants are awarded to researchers with an excellent scientific track record who succeeded in demonstrating the groundbreaking nature of their scientific proposal.

The fundamental importance of materials to modern society is evidenced by the way new materials have revolutionized almost every aspect of our lives. Despite the many advances, dwindling resources and more stringent demands on product cost and performance demand increasingly better material designs and production processes, resulting in a heightened reliance on computational methods.

In the field of computational materials engineering, the recent emergence of data science into the mainstream is causing a paradigm shift in the way models and data are used. There is a shift from traditional simulation methods, which use data mainly to calibrate parameters in models, to data-driven simulation methods which seek to bypass the use of models by extracting knowledge from large data sets.

This project synergistically combines aspects of both – by developing advanced computational methods that permit multi-scale material models to be informed by available measurement data.

This project addresses this challenging problem through two main tasks. In the first part, dimension reduction techniques for rapid multi-scale materials simulations are developed. These methods must be capable of dealing with deterministic and stochastic microstructure parameters reflecting variations in loading, material, and morphological properties.

In the second part, the reduced order models serve as an enabler for the development of computational methods for the selection of the most informative data and its assimilation into multi-scale material models. By enabling parameter estimation and model correction, this leads to increased accuracy and precision in the prediction of engineering quantities of interest.

The success of the project will give rise to a novel computational framework that enables real-time multi-scale materials simulations informed by optimally chosen data, thus permitting effective risk management and cost reduction in the design of materials and control of manufacturing processes.

Between 2010 and 2014, she was Junior Professor of High-Performance Computation for Engineered Systems at the RWTH Faculty of Civil Engineering; in 2014, she was appointed Associate Professor. Since 2009, she has been a junior research group leader at the AICES Graduate School.

Since its discovery, graphene has been indicated as a promising platform for quantum technologies. The number of theoretical proposals dedicated to this vision has grown steadily, exploring a wide range of directions, ranging from spin and valley qubits, to topologically-protected states.

The experimental confirmation of these ideas lagged significantly behind experimentally, mostly because of material quality problems. The quality of graphene-based devices has however improved dramatically in the past five years, thanks to the advent of the so-called van der Waals heterostructures – artificial solids formed by mechanically stacking layers of different two dimensional materials, such as graphene, hexagonal boron nitride and transition metal dichalcogenides. These new advances open now finally the door to put several of those theoretical proposals to test.

The goal of this project is to assess experimentally the potential of graphene-based heterostructures for quantum technology applications. Specifically, Stampfer's team seeks to push the development of an advanced technological platform for van der Waals heterostructures.

At the end of this project, the researchers will be in a good position to assess whether graphene is the horse worth betting on predicted by theory or whether it still hides surprises in terms of fundamental physics. The technological advancements developed in this project for integrating nanostructured layers into van der Waals heterostructures will reach even beyond this goal, opening the door to new research directions and possible applications.

Christoph Stampfer studied electrical engineering and technical physics at TU Wien, Austria. He completed his doctorate in the field of micro and nanosystems technology at the Department of Mechanical & Process Engineering at ETH Zurich.

Between 2009 and 2013, Stampfer was JARA-FIT Junior Professor of Experimental Nanoelectronics at RWTH Aachen University and at Forschungszentrum Jülich. In 2011, he was awarded an ERC Starting Grant; and in 2012, he was inducted into the “Junges Kolleg” of the North-Rhine Westfalian Academy of Sciences and Arts. Since 2013, he has benn full professor at the RWTH Institute of Physics IIA. He is spokesperson for Aachen Graphene & 2D Materials Center.

His key research areas include mesoscopic transport, in particular within graphene and other two-dimensional materials, and the fundamentals of carbon-based nanomechanics.