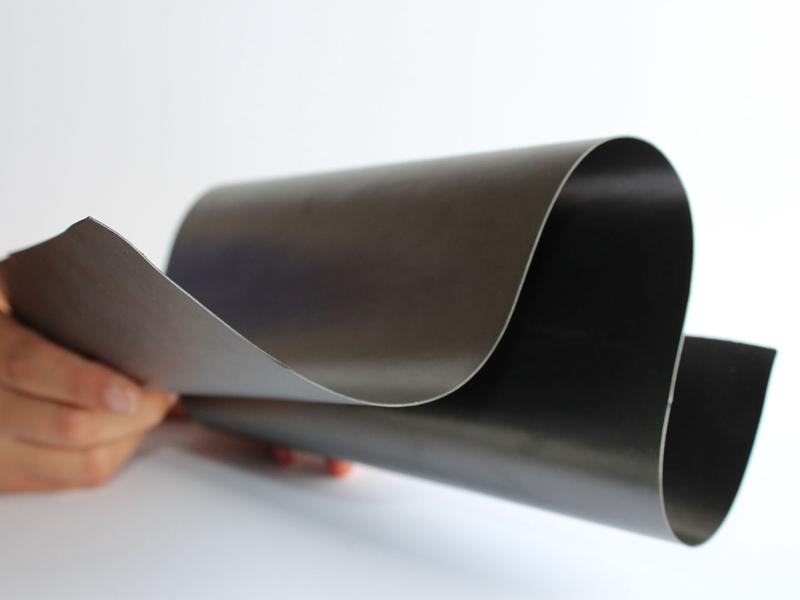 Whether used for power supply or in electric cars, current battery systems are based on a series of interconnected individual cells, which has certain disadvantages in terms of efficiency and manufacturing. Bipolar battery setups, in contrast, comprise compact stacks of individual cells. A new type of flexible and extremely thin bipolar plate allows batteries to be manufactured cost effectively. At the Hannover Messe Preview on January 24, 2019 (Hall 19) and the Hannover Messe itself from April 1 to 5, 2019 (Hall 2, Booth C22), researchers from the Fraunhofer Institute for Environmental, Safety and Energy Technology UMSICHT will be presenting the development of this technology.

Conventional battery systems are extremely complex. They usually consist of several individual cells that are connected with each other via wires. Not only is this costly and time-consuming, it also entails the danger of hot spots – areas in which the wires get too hot. In addition, every single one of these cells has to be packaged, meaning that a large portion of the battery consists of inactive material that does not contribute to battery performance. Bipolar batteries are designed to solve this problem by connecting the individual cells with each other using flat bipolar plates. However, this gives rise to other challenges: either the bipolar plates are made of metal and are thus prone to corrosion, or they are made of a carbon-polymer composite, in which case they have to be at least several millimeters thick as a result of the manufacturing process.

Material savings of more than 80 percent

Researchers at the Fraunhofer Institute for Environmental, Safety and Energy Technology UMSICHT in Oberhausen have now developed an alternative. “We manufacture bipolar plates from polymers that have been made electrically conductive,” says Dr.-Ing. Anna Grevé, department head at Fraunhofer UMSICHT. “In this way, we can produce very thin plates and – compared with conventional cells connected by wires – save over 80 percent of the material used.” In addition, the material offers numerous other advantages, such as the fact that it does not corrode. Another major advantage is that the material can be subsequently reshaped. This makes it possible, for example, to emboss structures, which are important for fuel cells. Moreover, the innovative new bipolar plates can be welded together, so the resulting battery system is absolutely tight. Conventional bipolar plates, in contrast, are unsuitable for welding due to the thermal and mechanical stressing of the material during manufacture. Joining them in such a way that neither gases nor liquids can pass through the joints requires seals. However, seals become quickly porous, and they also take up space. A further advantage of the new material is that the researchers are able to adapt the properties of the bipolar plates to specific requirements. “We can make plates that are so flexible that you can wrap them around your finger, as well as ones that are completely stiff,” specifies Grevé.

The primary challenge consisted in developing the material and the manufacturing pro-cess. “We use commercially available polymers and graphites, but the secret is in the recipe,” says Grevé. As the material is made up of about 80 percent graphites and only about 20 percent polymer, the processing methods have little in common with ordinary polymer processing. The team of researchers at Fraunhofer UMSICHT opted for the roll-to-roll technique, which allows cost-effective manufacturing, and adapted it using a lot of know-how. After all, the ingredients that go into the manufactured plates must be distributed homogeneously, and the plates also have to be mechanically stable and completely tight. Because of the initial structure of the materials, this was no easy feat. However, the experts also mastered this challenge. “We were able to fulfill all requirements in one process. Consequently, the plates can be used just as they are when they come out of the machine,” explains Grevé. Another advantage of the technique is that the plates can be manufactured in any size.

The researchers are already able to produce relevant sample quantities of the new bipolar plates. Together with SAUERESSIG GmbH + Co. KG, they have translated the previous method of producing bipolar plates for fuel cells into a continuous process. The project was funded by the German Federal Ministry for Economic Affairs and Energy (BMWi). At the preview to the Hannover Messe on January 24, 2019, they will be presenting the full range of the material – from very thin, flexible plates to hard, rigid ones. At the Hannover Messe from April 1 to 5, 2019, Grevé and her team will be showing a 3.2 square meter bipolar plate that enables the construction of large-scale redox flow batteries (Hall 2, Booth C22).