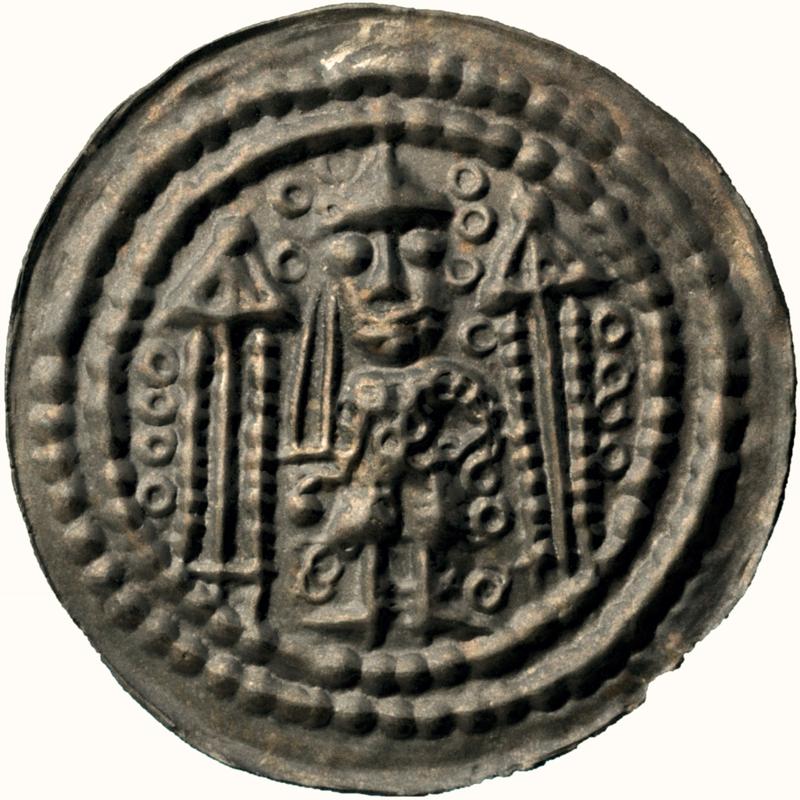 Countless historical coins that differ from each other only in details are in storage at German state museums. Unlike paintings, these archaeological artifacts may not be labeled, marked or barcoded. Researchers at the Fraunhofer Institute for Factory Operation and Automation IFF developed a scanner and analysis software in collaboration with the Saxony-Anhalt State Office for Heritage Management and Archaeology, which digitally capture the visual features of coins and describe them exactly in a matter of seconds. The scanning system can be used to identify and recognize coin finds.

Fake or original? Even experts with a trained eye have difficulty answering this question in relation to historical coins. How, for instance, can forgeries returned to a museum instead of the coins loaned for an exhibition be recognized? How can switches and mix-ups be prevented among objects loaned by museums? Members of the staff at the Saxony-Anhalt State Office for Heritage Management and Archaeology were also seeking answers to these questions.

Around 20 000 coins, often several centuries old, are stored in the State Office’s ar-chives and vaults. The collection is constantly growing. Until now, this unmanageably wide array of historical coins has been laboriously recorded and documented and by hand. Unlike paintings, the coins may not be labeled, marked or barcoded. In search of a solution to this problem and as part of the state of Saxony-Anhalt’s digitization campaign that includes the digitization of cultural heritage, archaeological finds and historical coins, the State Office turned to the Fraunhofer IFF in Magdeburg.

“The State Office aimed to digitize its complete numismatic collection. This gave rise to the idea of creating a digital fingerprint with which individual coins can be recognized and classified – much like facial recognition of people. The fingerprint replaces the bar-code as it were,” says Dr. Christian Teutsch, research scientist at the Fraunhofer IFF, recounting the first contact with the State Office for Heritage Management and Archaeology. The closely collaborating partners designed a visual data acquisition system and software analysis system in their project “Digital Fingerprints of Archaeological Finds: Artifact Identification and Recognition Prototype”, which does this by digitizing and ex-actly describing the old coins and obtaining unique signatures from the coins. The scanning system had to achieve a recognition rate of ninety-eight percent or more, operate contactless, and acquire the data of both faces. Gold, silver, bronze and copper coins with diameters of five to seventy-five millimeters were tested.

The novel scanner O.S.C.A.R., short for Optical System for Coin Analysis and Recognition, not only scans coins’ visual features but also the minutest signs of wear such as scratching, clipping, contours, edges, pitting and denting, which render an object unique. This is indispensable for being able to identify many coins of the same type. “Obviously, changes can be detected when a coin is scanned twice. This makes it possible, for instance, to check upon the return of loaned coins whether scratching has occurred, the artifact has been damaged or even if it is a fake,” says the engineer, an employee of the Measurement and Testing Technology Business Unit.

The scanner comprises several cameras and several light sources that illuminate coins from different directions, allowing high-precision resolution and magnification. This enables Teutsch and his team to highlight and scan every feature without any glare or reflection. “The light sources can be rotated on the monitor virtually and moved over a coin’s surface as desired. That is a major benefit for numismatists, who will now be able to identify only poorly recognizable obverses and reverses much faster and more precisely,” stresses Teutsch.

The digitization procedure itself is simple: Once the barcode on the particular bag belonging to each coin has been scanned beforehand, the coins are placed singly under the scanner. A push of a button suffices to start the device. A specially developed optical analysis system reconstructs the color and surface features of the historical artifacts. The scanner captures over 1000 visual features per coin. The recorded images are inter-preted as measurement data. Reference samples and color charts ensure that every image is standardized and its color space is comparable. This ensures that the image data can be compared among different institutions. In the next step, all of the measurement data are transferred to the analysis software, which uses the data to compute the digital fingerprint. “The software compares coins using the database, i.e. searches for their signatures. There was no way to identify them earlier. Knowledge about the find location and other information were lost if a bag fell onto the ground and the coin fell out,” says Teutsch. Now, states’ cultural heritage agencies and museums can make coin finds accessible to the public as well. What is more, all states’ coin databases can be crosschecked. Collaboration with the national KENOM coin database is also being taken to a new level. Numismatists can use the digital data to establish correlations among different coins or find locations and thus historical contexts of use.

The new scanning system makes it possible to digitize and document the numismatic collection automatically, expediting the laborious work tremendously. The project partners have already scanned in 10 000 coins. The complete collection of 20 000 specimens will soon be digitized.

Numismatists were duly impressed after an initial presentation of the prototype. “The new scanning system will revolutionize numismatics in Europe,” says Teutsch, recapitulating. The great thing about it is that the application can potentially analyze paintings as well, since the system captures brushstrokes, too. Paints can be forged, but exact brushwork cannot. “We detect any Van Gogh with our solution, guaranteed. A forgery would be immediately identifiable because of discrepancies in the details of the application of paint and ridges caused by brush bristles.