The Caucasus: complex interplay of genes and cultures 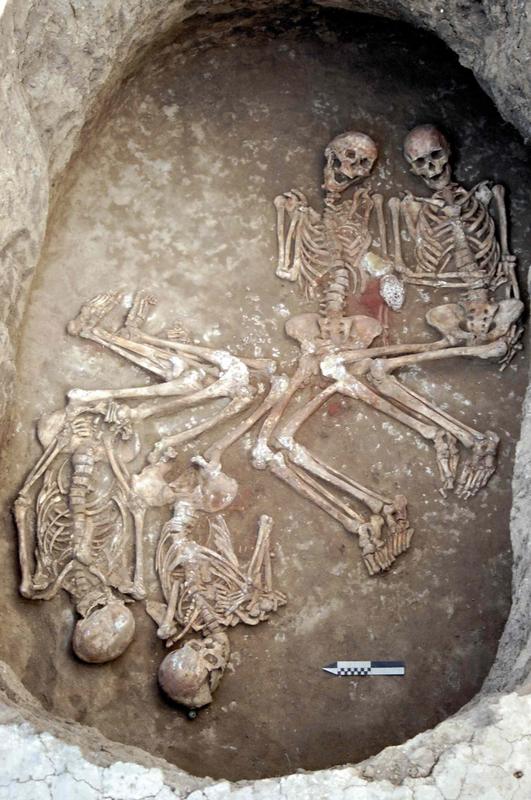 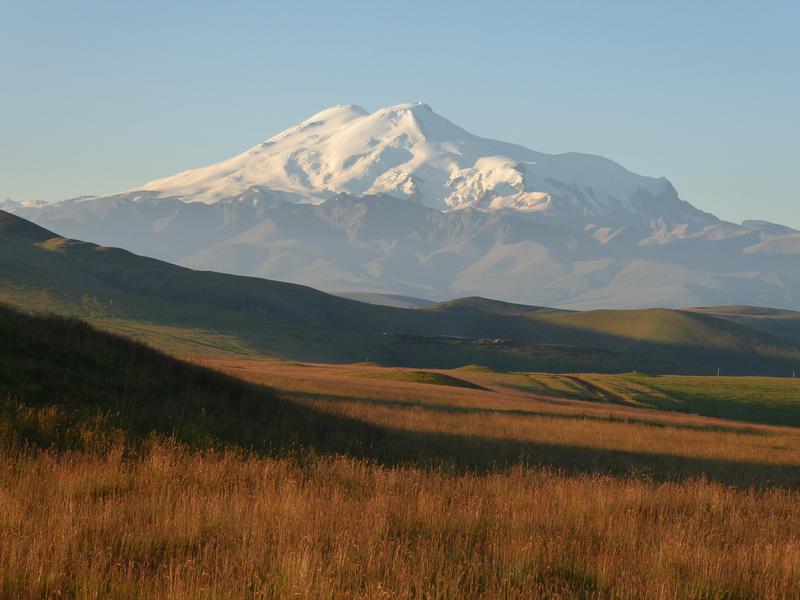 An international research team, coordinated by the Eurasia Department of the German Archaeological Institute (DAI) in Berlin and the Max Planck Institute for the Science of Human History (MPI-SHH) is the first to carry out systematic genetic investigations in the Caucasus region. The study, published in Nature Communications, is based on analyses of genome-wide data from 45 individuals in the steppe and mountainous areas of the North Caucasus. The skeletal remains, which are between 6,500 and 3,500 years old, show that the groups living throughout the Caucasus region were genetically similar, despite the harsh mountain terrain, but that there was a sharp genetic boundary to the adjacent steppe areas in the north.

The Caucasus, an area that today includes parts of Russia, Azerbaijan, Armenia, Georgia, Iran and Turkey, is a crucial intersection for the history of Europe, both genetically and culturally. Today it is one of the regions of the world with the highest linguistic diversity, and in the past, populations from the Caucasus were instrumental in shaping the genetic components of today's Europeans. During the Bronze Age, important technological innovations, developed in the Caucasus and beyond, were transported to Europe through this region, such as the first highly effective metal weapons and the wheel and wagon.
"We assume that in the wake of the Neolithic period, sometime before 5,000 BC when a more sedentary lifestyle with domesticated animals and plants was established, populations from the southern Caucasus spread over the mountains to the north and there met with nomadic populations from the Eurasian steppe," says Dr. Wolfgang Haak, group leader for molecular anthropology at the MPI-SHH and leader of the study. “The genetic boundary corresponds in principle to the ecological and geographical regions: the mountains and the steppe. Today, on the other hand, the Caucasus mountains themselves are more of a barrier to gene flow.”
Over the centuries, an interaction zone was formed, where the traditions of the Mesopotamian civilization and those of the Caucasus met with the cultures of the steppe. This intertwining is evident in the cultural exchange and transfer of technological and social innovations, as well as the occasional exchange of genes, which the study shows also took place between groups of quite distinct genetic backgrounds.

The skeletal remains studied come from different Bronze Age cultures. The Maykop culture in particular, based on its spectacular grave goods, which had close parallels in the south, was long regarded as a population that had migrated to the North Caucasus from Mesopotamia.
The current paleogenetic study paints a more nuanced picture of mobility during the Bronze Age. People with a distinct southern Caucasus ancestry were already north of the mountain ridges by the 5th millennium BC. It is highly likely that these groups formed the basis for the local Early Bronze Age Maykop culture of the 4th millennium BC. Intriguingly, the Maykop individuals tested are genetically distinct from the groups in the adjacent steppes to the north.
“The genetic results do not support scenarios of large-scale migrations from the south during the Maykop period, or even from the northwest, as was postulated by some archaeologists. These findings have major implications for our understanding of the local development of North Caucasus cultures in the 4th millennium BC,” explains Prof. Dr. Dr. h.c. Svend Hansen, Director of the DAI’s Eurasia-Department.
By the 3rd millennium BC, pastoralist groups from the steppe were bringing about a fundamental change in the population of Europe. The current study confirms similar changes in the Caucasus along the southern border of the steppe zone. "During the 3rd and 2nd millennium BC, however, the people living in the Northern Caucasus all shared a similar genetic makeup even though they can be archaeologically attributed to different cultural groups," says Sabine Reinhold, co-director of the archaeological team. "Individuals belonging to Yamnaya or Catacomb cultural complexes, according to archaeological analyses of their graves, are genetically indistinguishable from individuals from the North Caucasian culture in the foothills and in the mountains. Local or global cultural attributions were apparently more important than common biological roots."

The massive population shifts in the 3rd millennium BC, in connection with the expansion of the groups from the steppe who were part of what is known as the Yamnaya culture, have long been associated with the transfer of significant technological innovations from Mesopotamia to Europe. Recent studies at the DAI’s Eurasia department on the spread of early wagons or metal weapons have shown, however, that an intensive exchange between Europe, the Caucasus and Mesopotamia began much earlier. However, can evidence of these technological exchanges also be provided by the genetic interactions revealed in the current study? And if so, in which direction do they point?

The genomes of the Yamnaya individuals from the steppe bordering the Caucasus indeed show subtle genetic traces that are also characteristic of the neighboring farming populations of south-eastern Europe. Detailed analysis now shows that this subtle gene flow cannot be linked to the Maykop population, but must have come from the west.
"These are exciting and surprising findings, which highlight the complexity of the processes that lead to the formation of Bronze Age steppe pastoralist," says Chuan-Chao Wang, population geneticist postdoc at the MPI-SHH and first author of the study, now professor at Xiamen University in China.
Hansen adds, “These subtle genetic traces from the west are indeed remarkable and suggest contact between people in the steppes and western groups, such as the Globular Amphora culture, between the 4th and the 3rd millennium BC.”
It appears that the world of the 4th millennium BC was well-connected long before the major expansion of steppe pastoralist and related groups. In this wide-ranging network of contacts, people not only spread and exchanged know-how and technological innovations, but occasionally also exchanged genes, and not only in one direction.
Indeed, individuals from the north-eastern dry steppes of the North Caucasus region show genetic traces that hint at a deep and far-reaching connection to people in Siberia, Northeast Asia, and the Americas. “This shows that Eurasia was the site of many exciting chapters in human prehistory that are still shrouded in mystery. Our aim is to investigate these in close collaboration with archaeologists and anthropologists,” says Prof. Johannes Krause, Director of the MPI Archaeogenetics Department and co-leader of the study.